Victoria’s work safety regulator has closed its case into a former state Labor MP’s claims she was bullied by the premier and others.

WorkSafe Victoria has completed its investigation into allegations Labor-turned-independent upper house MP Kaushaliya Vaghela was bullied, it announced on Thursday. 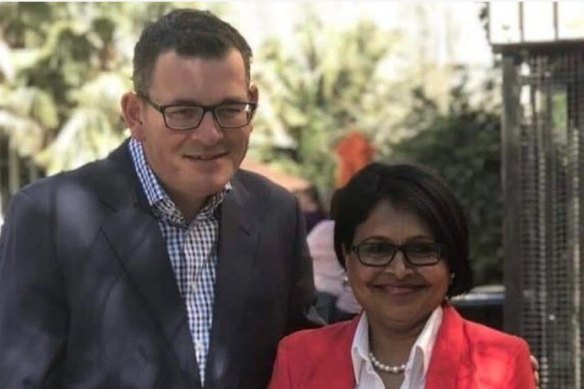 Its probe focused on Premier Daniel Andrews, some employees of his private office, the Department of Premier and Cabinet and members of the public, and used coercive powers to obtain information.

“On the basis of the evidence, and taking into account WorkSafe’s general prosecution guidelines, WorkSafe will not take further action on this matter at this time,” a statement read.

“WorkSafe will not comment further on this matter as avenues of independent review remain open.”

After crossing the floor to vote against Labor on a contentious motion in February and resigning from the party, Vaghela accused Andrews and Minister for Women Gabrielle Williams of bullying her.

Under parliamentary privilege, she said she was “systematically targeted” for switching from Andrews’ Socialist Left to the right faction, then led by disgraced former powerbroker Adem Somyurek, before the 2018 state election.

Vaghela alleged Williams sent her an “angry” text after she changed factions, questioning her integrity and demanding an explanation.

She also claimed a group of men, led by a “personal friend” of the premier and a staff member from his private office, incessantly harassed and intimidated her in retaliation.