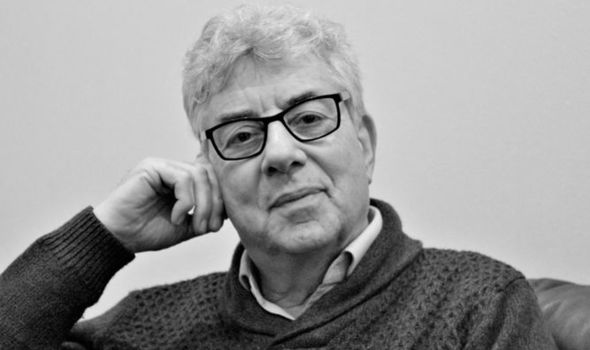 “I’ve missed it so much,” Graham, 75, tells me. “It’s such a buzz. The camaraderie, the performance… I don’t need to tour. I want to!” Besides, he jokes: “I can’t do anything else, it’s what I do.” Not strictly true. Despite having had Covid — “not nice” — the bassist and singer spent most of his spare lockdown hours in his studio in northwest London.

“Installing a home studio was one of the best things I’ve ever done,” says Graham. “Life would have been boring without it. I can’t not work. I’ve got to be doing something.”

So he composed library music, and recorded an album of his favourite songs by other stars, reinterpreting standards like Summertime and Matt Monro’s Somewhere as instrumentals, “to pay homage to the writers, arrangers and artists who gifted us with their musical genius.” All the proceeds will go to the Help Musicians charity to bolster struggling artists.

Gouldman surely qualifies as a musical genius himself.  He’s written more Top Ten singles than Rod Stewart’s had hot blondes – not just for 10cc, but for the Yardbirds, Herman’s Hermits and The Hollies too.

For a laugh, he and his 10cc cronies once tried to write the worst pop song ever. The result was Susan’s Tuba, a Freddie & The Dreamers B-side, which, he reveals with a grin, went Top Ten in France, “it was bigger than the A-side,” he laughs.

Graham was born in Broughton Park, a “slightly classy” suburb of Salford. His father Hymie was a poet and playwright, his housewife mother Betty was “an amazing typist, she acted as a secretary to my dad”.

One of Hymie’s poems, Cliff The Boy, was written about his son, “but we only found it after he died,” says Graham. “He’d never read it to me, I think because he was a perfectionist. He loved words. He taught me to be original.”

Gouldman’s childhood imagination was fired by the Everly Brothers, Eddie Cochran, skiffle and Chuck Berry, but says “The Beatles turned me on to writing songs, they were the best thing that ever happened.”

He got his first guitar at eleven – “my cousin Ronnie brought it back from Spain; it was rubbish, it cost him a fiver but I loved it.”

By 18, he was writing seriously and playing in a series of local bands, culminating with The Mockingbirds, with Kevin Godley on drums. “So half of The Mockingbirds became 10cc.”

His teenage bands played at Jewish Lads Brigade club dances in return for use of their rooms for rehearsals –“quite a good deal, I thought”.

Gouldman wrote The Yardbirds’ first hit For Your Love when he was 18 and working full time in a Salford tailor’s shop; he penned their second and third hits, Heart Full Of Soul and Evil Hearted You, too.

As Graham’s chart successes stacked up — including Bus Stop for The Hollies and No Milk Today for Herman’s Hermits — he was headhunted by Super K Productions, the New York hit factory formed US producers Jerry Kasenetz and Jeffrey Katz, and ended up a cog in a bubble-gum pop assembly line.

“It was bizarre,” he says. “Not a happy time. It didn’t suit me. I’d sit in an office all day and write a couple of songs, then, just as I was leaving at the end of the say, one of them would say, ‘Gimme one more song, I’m hungry – just one more’. So I’d go off and sit on the bog or whatever and write another one, and then they’d say, ‘Now I’m really hungry, gimme just one more…’”

Salvation came by accident in the form of 10cc. Creatively drained and missing England, Graham persuaded his bosses to let him work back home, in the small Strawberry Studios he part-owned with guitarist Eric Stewart from The Mindbenders, using the two of them, Kevin Godley and Lol Creme as the house band.

“We did everything from football records” — Manchester City’s Funky City — “to school choirs, it was good business for the studio and good training for working together.”

While Graham was in the US, the other three recorded Neanderthal Man as Hotlegs. The song, which started as an improvised jam to test the studio equipment, reached Number 2 in the UK and went Top 30 in the US.

“I came back and they were offered a tour with The Moody Blues! Instead of guns for hire, we became a real band”.

Eric sent music mogul Jonathan King their doo-wop parody Donna. “He came to see us and asked if we had a name. We didn’t.” King said he’d had a dream with a poster, ‘10cc: the best band in the world’ at Hammersmith Odeon.’ “We just said okay, why not?”

10cc hits included Life Is A Minestrone, I’m Mandy, Fly Me, The Wall Street Shuffle and Art For Art’s Sake – a song inspired by something Graham’s father used to say, “art for art’s sake, money for God’s sake”.

Chart-topper Rubber Bullets was famously banned by the BBC who thought it was about Northern Ireland.

“It wasn’t, it was a James Cagney gangster film.”

Eventually, musical differences led to Kevin and Lol leaving to form Godley and Creme. Graham and Eric carried on as 10cc, reluctant to desert their fans.

The hits continued, including their third chart-topper Dreadlock Holiday, sung by Gouldman, and The Things We Do For Love, until they called it a day in 1983.

Graham formed Wax with the late Andrew Gold notching up the 1987 hit Bridge To Your Heart, and went on to write with Paul Carrack and Kirsty McColl.

Now the only original member of 10cc, Graham’s songwriting talent was finally acknowledged in 2014 when he was inducted into the Songwriters Hall Of Fame in New York.

He started playing for Ringo Starr’s All-Star Band in 2018.

“They’re astounding musicians,” he says. “I did tours of Europe and America and it was fantastic. Steve Lukather is on another level, what a guitarist! We make an odd couple, he’s loud and brash and I’m a quiet Englishman.”

Standing Next To Me, the first track on Graham’s 2020 album Modesty Forbids, featuring Ringo, is about that experience.

The three-times-married star is currently on a Heart Full Of Songs tour, just him, an acoustic guitar and a rhythm section, performing songs he’s written.

He still listens to new music – “my younger son Alex turns me on to good stuff, and Spotify is a lovely place to wander around.”

He gets annoyed by the miserly rewards of song streaming, “bloody roadworks, as well as councils using up their budgets fanatically” and “musicians being the last in the queue to go back to work”.

The songs in the set on next year’s 10cc tour will be all their greatest numbers plus Say The Word, a song he wrote with Iain Hornal (10cc’s new guitarist and an ELO touring veteran) which sounds very much like 10cc.

Graham’s enjoying life but is self-critical too. “I say ‘yes’ to too many things,” he tells me. “It’s a blessing and a curse. But when I look to where I am now, I think it’s stood me in good stead.”