Alice Cooper has an incredibly distinctive look, with his dark hair and heavily lined eyes. He has been rocking the stage for decades, singing songs like School’s Out and Feed My Frankenstein. However, his name has often caused confusion among fans – but is it his real name?

While Alice Cooper does not necessarily sound like a particularly odd name, it is not the name the rock singer was given at birth.

In fact, his given name had a very particular meaning for his family.

His first name, Vincent, was given to him after his uncle, Vincent Furnier, brother of his father Ether. 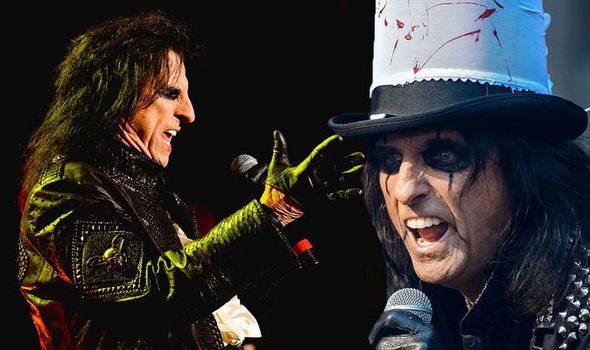 His middle name is believed to have come from the author Damon Runyon, meaning his given name was highly important to his family.

Alice dreamed of becoming a singer, however, and so by the age of 16 he had started to bring bands together, performing parodies of The Beatles.

As time went on, the bands became more serious and Nazz soon formed in 1967.

However, Todd Rundgren, the famous rocker, also started a band of the same name, so Alice had to come up with a new name in order to avoid any legal complications. 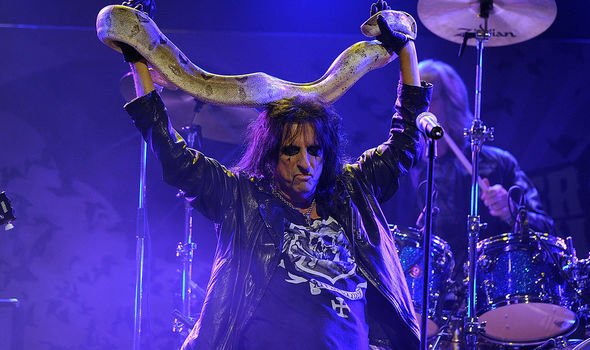 Speaking in 2007, Alice said the name change to Alice Cooper was one of the best things he could have ever done, though his mother refused to call him by anything other than Vince.

He told Wenn: “That was one of the brilliant moments of my life. At this point, Alice Cooper is woven into Americana.

“My mum’s the only one to still call me Vince. She says, ‘Hey, superstar, take out the trash.'”

He decided to change his name legally to Alice Cooper in 1968, with the name working in contrast to the band’s more ghostly and dark themes. 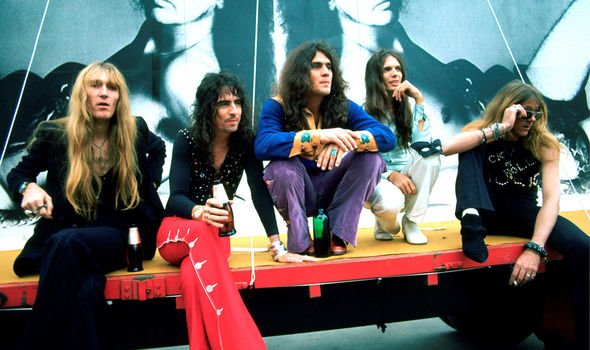 However, there were various stories on how the name itself was discovered.

Alice has himself said the name came from trying to find a sweet, innocent name to juxtapose with his controversial outfits and stage presence.

However, one story which has now become urban legend said the name came from a session on a ouija board.

Alice has debunked this, telling Mark Radcliffe on BBC Radio 2 in 2009: “We literally got that whole story about the witch thing the way you guys got it. 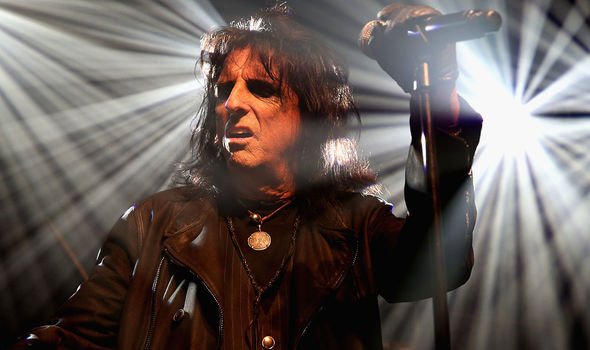 “It was like just pure urban legend. I heard about the witch thing probably the same day you did, but it was a great story.”

Despite this story not being true, it would have played into the hands of the band, who were trying to base their look on some deathly themes.

In the early days, Alice would perform wearing tattered women’s clothes, putting out the image of a dastardly killer.

According to his 2007 book Alice Cooper, Golf Monster, this was influenced by film images, including those from What Ever Happened to Baby Jane? and Barbarella.

He said: “In the movie [What Ever Happened to Baby Jane?] Bette wears disgusting caked makeup smeared on her face and underneath her eyes, with deep, dark, black eyeliner…

“When I saw Anita Pallenberg playing the Great Tyrant in that movie [Barbarella] in 1968, wearing long black leather gloves with switchblades coming out of them, I thought, ‘That’s what Alice should look like.’ That, and a little bit of Emma Peel from The Avengers.”

Emma Peel is Dame Diana Rigg’s character in the hit TV series The Avengers, who was later played by Uma Thurman in the film adaptation.

While those references may not have been clear to fans, Alice Cooper is now an indelible character loved by fans all over the world.