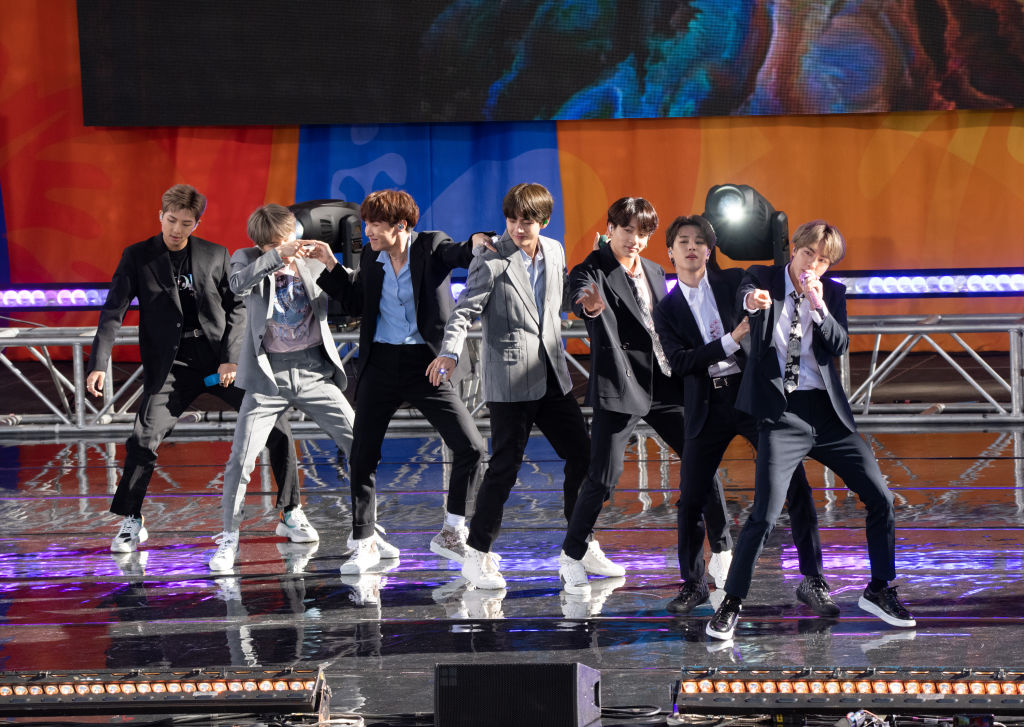 BTS released the original version of “Make It Right” in April 2019 with their EP, Map of the Soul: Persona. Later in October, the group collaborated with Lauv and released “Make It Right feat. Lauv.” The new version of the song featured new lyrics from Lauv and a music video.

“Make It Right feat. Lauv” reached the No.1 spot on the U.S. iTunes chart, becoming the fifth BTS song to do so. A few weeks after the release of the new version, BTS released an EDM remix of the song. Big Hit Entertainment announced an acoustic version of the track drops on Nov. 8.

According to a press release from Big Hit Entertainment, the acoustic remix, “has minimized the use of electronic instruments, and instead opted for a more acoustic and lyrical approach to the track. The keyboards, acoustic guitar and bass symphonize to lead a melody that is both sweet and clear.”

BTS fans have theories about the song’s cover art

So far, all of the remixes of “Make It Right” feature different cover art. However, similar imagery is used and put together in order the images appear to tell a story. Each cover art features a dragon and a hero, with the hero moving progressively closer to the dragon with each remix. Because of this, some fans theorize there will be a fourth and final remix of “Make It Right feat. Lauv.”

“As each #MakeItRight remix is released, our detective #BTSARMY have noticed a story unfolding between the dragon and our hero, the dragon slayer, with some theories suggesting we should expect one more remix release…,” wrote a Twitter user.

“we getting remixes til he slays that dragon so place yalls bets for the next one,” one fan tweeted.

A Twitter user wrote, “Also noticed Each remix version is different for each journey…the closer it gets to slaying the dragon…. Why?”

While a lot of fans speculate that the hero is a dragon slayer, some BTS fans have a different idea. Because BTS’s message is all about love, they think that is the message the hero represents against the dragon.

“I was actually thinking last night before bed I bet the next version song art won’t have the dragon slayed but instead hugged and I was right That dragon isnt always someone else. The dragon could be your inner demon and even you need to love yourself not hurt yourself,” a fan tweeted.

‘Make It Right’ is a dedication to ARMY from BTS

When BTS first released “Make It Right feat. Lauv,” ARMY realized the song is a dedication to their support of BTS. The music video for the remix featured concert footage from BTS’s Love Yourself: Speak Yourself tour and an animated story. ARMY interpreted the animated story as a representation of BTS and their fans.

“The MV and song are so beautiful and poignant!! When you read the lyrics and imagine the boy in the animation as BTS and the girl as a symbol for ARMY, it hits you even harder. ARMY has always been the strength and shield of @BTS_twt and vice versa. #MakeItRight,” a fan tweeted.