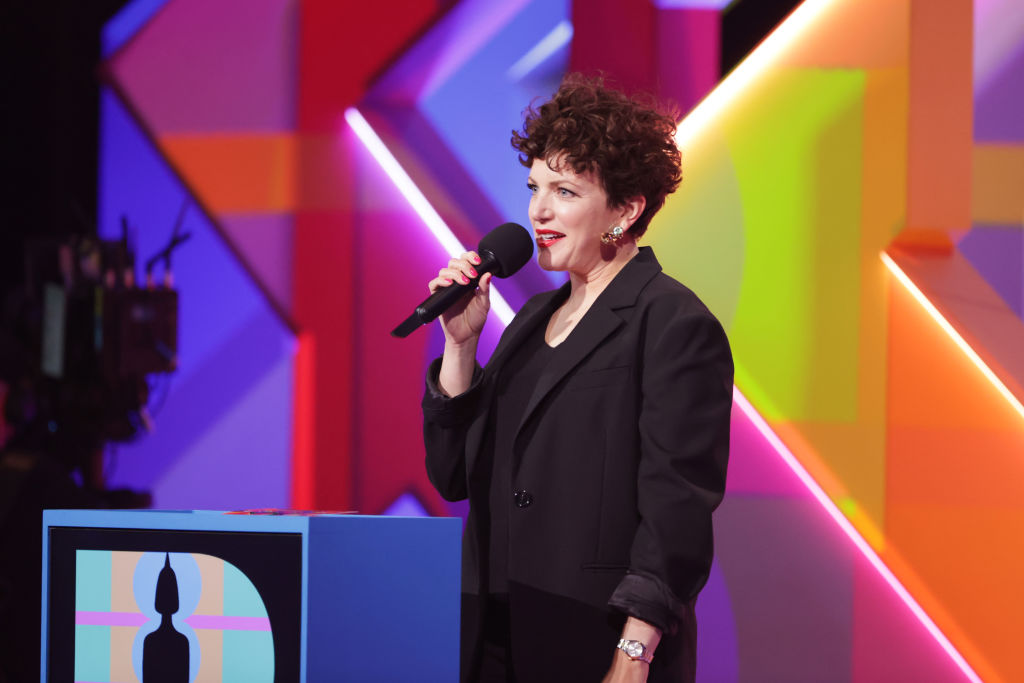 BBC Radio DJ Annie Mac succumbed to tears as she prepared to sign off from her final Dance Party show on BBC Radio 1 on Friday night.

The 43-year-old, who had worked as a presenter on Radio 1 for 17 years, wrapped up her broadcast duties on the last edition of Radio 1’s Dance Party with Annie Mac.

Just before her final song, Annie’s voice cracked as she shared a text her dad had just sent to her, which had finally broken the damn and ‘floored me’.

Going on to thank her parents, she explained: ‘They live in Dublin and you couldn’t get Radio 1 very well back in the day, and at the start of my shows they used to sit out in the car and listen to my shows.’

After a show billed with bangers including the A-Trax remix of Yeah Yeah Yeahs’ Heads Will Roll, Chase & Status’ Take Me Away and Calvin Harris’ Flashback, Annie collected herself as she geared up to make her final link.

After cueing up one of her ‘all-time favourite songs’, DJ Rolando’s Knights of the Jaguar, Annie paid tribute to her listeners.

‘The last 17 years have been the most amazing, magical experience. Thank you so much for listening.’

Coming back in during the track, the DJ shared a poignant message with her fans, and declared: ‘As a 43-year-old woman, I can just tell you this: life goes by really, really fast. Life is short. It thunders by.

‘And if you like the music, you’ve gotta get up and dance. Just do it.’

Nick has also announced that he is set to leave the station after 14 years.

Annie had also made regular appearances as a feature presenter on BBC Two’s The Culture Show, to give her opinions on the latest musical offerings.

The Dublin DJ promised to ‘keep going’, as she revealed plans to hopefully share music ‘in other ways’ in the future.