The common image of The King of Rock n Roll at the end of his life portrays a bloated figure destroyed by pills and a bad diet, depressed and diminished. Looking at the footage below of one of his final live shows in 1977, Elvis does not look like a man just months from his death. His backing singer Kathy Westmoreland spent the last seven years of his life with him. She says Elvis told her he was secretly terminally ill and the medication was actually to manage a condition which he knew would kill him. SCROLL DOWN TO WATCH ELVIS ON STAGE WITH KATHY IN 1977.

Kathy started touring with the star in 1970. He introduced her to the crowd in concerts as “the little girl with the beautiful high voice” and nicknamed her Minnie Mouse.

They dated for a while but remained close after it ended and Elvis continued to ask her to share his bed as friends for comfort.

Kathy explained: “I dated him for about six months on a regular basis… it was fun. He was very thoughtful. Almost motherly… Then it became obvious to me that there were other women.”

Like many others, she described how Elvis hated to be alone at night. On tour he would call her up to his room just to keep him company: “He suffered from insomnia. I think a lot of geniuses are like that, ‘I just can’t turn it off,’ is what he would say.” 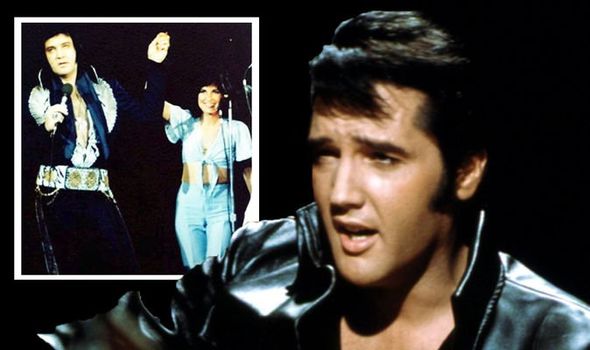 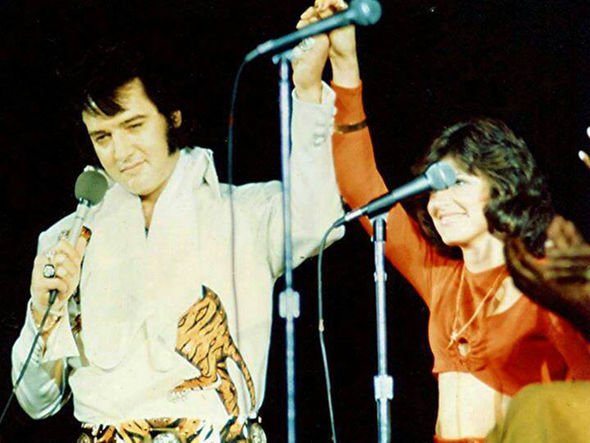 During late night confessional conversations in 1977, Kathy says Elvis revealed his biggest fears about his career as well as his conviction that he would die young, like many in his family.

Kathy said: “During one of the final conversations I had with Elvis, he asked me out of the blue, ‘How are people going to remember me?’

“He was worried that they weren’t going to remember him much at all. He said, ‘I haven’t done anything classic.’”

Kathy also disputes the official line on how and why Elvis died “because of what he told me and what doctors who saw him while I was with him told me.” 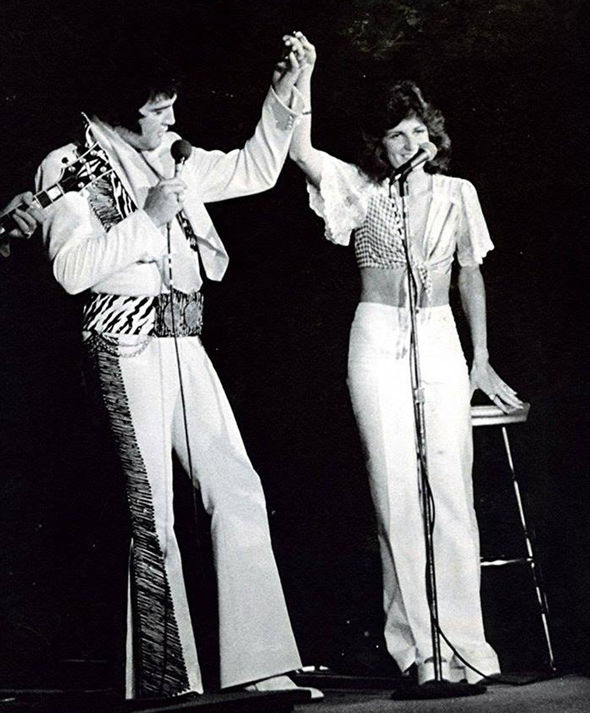 Kathy said: “When I first met him, he told me that he knew exactly how much time he had, that he thought he was going to die at the age of 42, close to the age of his mother.

“It was in her family, her father, grandfather, her whole family… they were born with a heart that was twice the size on one side as it was on the other, and he also told me that he had bone cancer.”

Kathy described the drug regime he was on: “I was in Elvis’ bedroom and there was very little drug abuse.”

WATCH ELVIS IN CONCERT BELOW IN 1977 (KATHY WESTMORELAND FROM 2.46)

Kathy said she saw little evidence of drug abuse: “He would overmedicate himself. His idea was that if one pill was good, two were better. He was very ill.”

In her book, Elvis and Kathy, she said teg star was battling bone cancer and hypertension, diabetes, glaucoma, pernicious anemia and insomnia.

She said: “I am convinced that without prescription drugs, Elvis would have died much earlier.”

Kathy replied: “He told me (he had cancer) when I first met him.”

To which Lacker simply said: “Elvis had a good imagination, Kathy.”