Few people have left their mark in American music history like Elvis Presley. The legendary icon revolutionized rock ‘n’ roll music and proved he was also a talented actor. He starred in several films that became box office hits, and it seemed like everyone in America had Elvis fever. There was one film that meant more than the others to the musician. Unfortunately, Presley couldn’t even watch it again after one incredibly sad event…

The ‘King of Rock and Roll’ came from humble beginnings

Elvis Presley was an inspiration to many, coming from very humble roots and skyrocketing to fame. Presley was born in Tupelo, Mississippi reports Biography. But he moved around a lot while he was growing up. His twin brother was stillborn, and he had no other siblings. He gained three stepbrothers when his father remarried after his mother’s death, according to Live About.

Presley was much older than his stepbrothers, and he was more a father-figure than a brother. When he became a star, his stepbrothers worked for him as bodyguards and assistants, giving him a hand whenever it was needed.

Being raised in a deeply religious family had a significant influence on the young Presley. Gospel music was a big part of their lives, and his musical talents were evident at an early age. When Presley was 11 years old, he received a very special gift from his mother–his first guitar. A few years later, he won a talent show at his high school. That win was just the beginning for the talented musician.

After graduating in 1953, he began to pursue a musical career. He worked a variety of odd jobs that paid the bills while he wrote songs and tried to break into the music industry. Later that year, his first demo was recorded at Sun Studio. The label owner, Sam Phillips, took a special interest in Presley. Before he knew it, he was touring and recording music. He released his first single in 1954.

In 1955, Presley released his first No. 1 hit, “Heartbreak Hotel.” He signed with RCA Records, and his career took off with blinding speed. The handsome singer attracted an incredibly devoted fan base. His slick hair, irresistible charm, and mesmerizing dance moves had women everywhere swooning.

By 1956, Presley had his first No. 1 album and a movie contract with Paramount. He became a coveted guest on variety shows–anyone who had Elvis as their guest was sure to have a huge television audience that night. People around the country were glued to their screens just to catch a glimpse of the young heartthrob.

Before long, Elvis became a rock ‘n’ roll icon. His shows were filled to the brim with screaming fans, and no one could get enough of the young star. Presley  had 18 No. 1 singles, as well as numerous platinum albums. He was inducted into the Rock and Roll Hall of Fame in 1986. In the late 90s, he also became a part of the Country Music Hall of Fame as well as the Gospel Music Hall of Fame.

Unfortunately, Presley developed a drug problem during the course of his career. This addiction ultimately led to his death at the young age of 42. Elvis was buried near his parents and his grandmother. 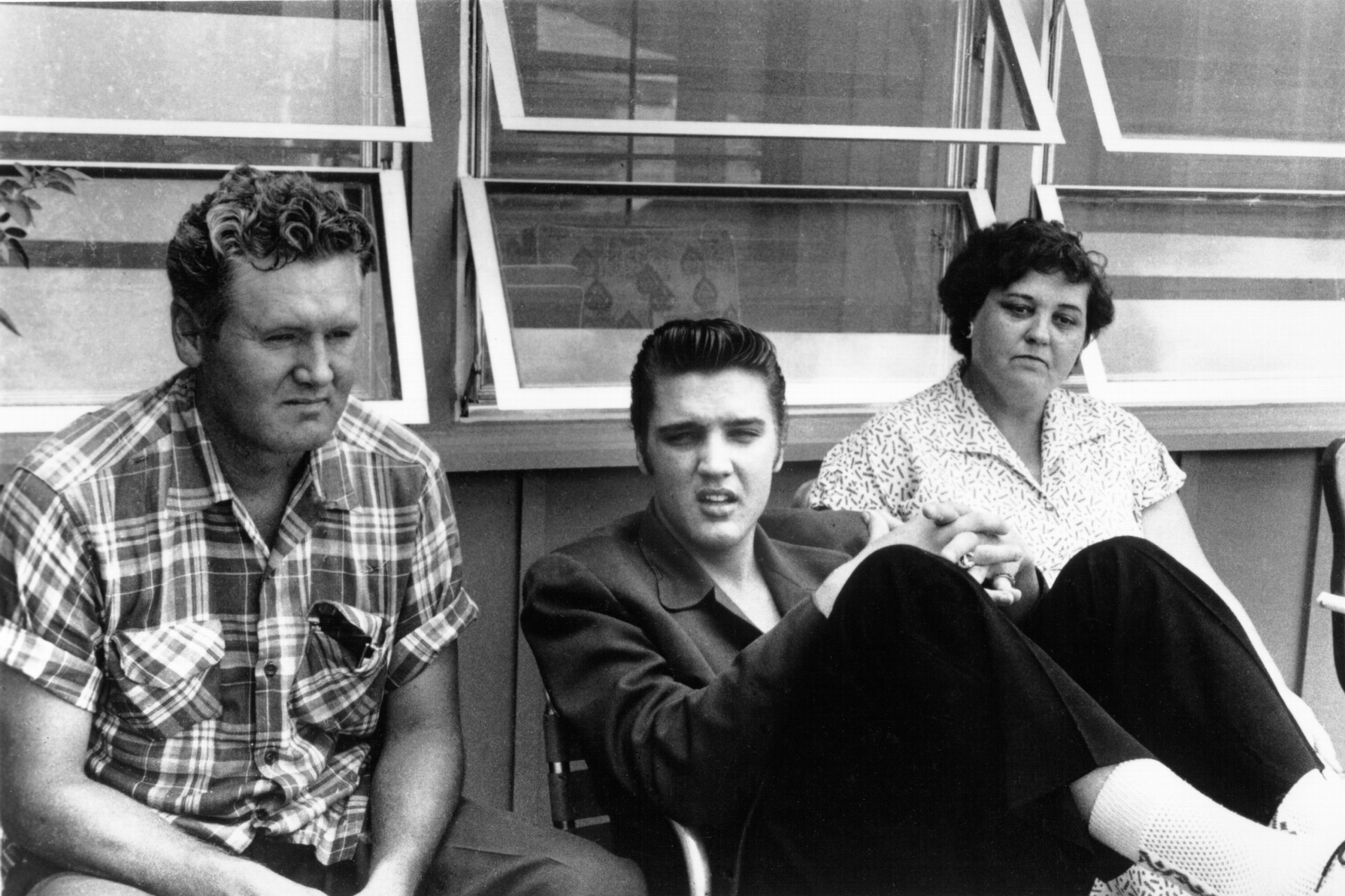 The 1956 film Love Me Tender was a musical western featuring Presley in the lead role as Clint Reno. Reno is the youngest of four brothers who have gone off to fight in the Civil War. Reno stays at home to help on the farm, and eventually falls in love with his eldest brother’s girlfriend. The family believes the brother to be dead, and when he returns home years later, a rivalry flares up between the boys.

Presley’s parents made a cameo appearance in the film, which meant a great deal to him. He was very close to his parents, especially his mother. His mother, Gladys, passed away in 1958, and it was a tough blow for the young star. It is said that after his mother passed away, Presley couldn’t bear to watch Love Me Tender and never saw the film again.