Around the time of his 2010 death, Ronnie James Dio was writing his autobiography, recounting how he had broken out of central New York State’s regional rock scene to front three mold-breaking heavy-metal groups: Rainbow (with former Deep Purple guitar hero Ritchie Blackmore), Black Sabbath, and his own eponymous Dio band. In recent years, Dio’s widow Wendy and journalist Mick Wall completed the book, with Rainbow in the Dark: The Autobiography. set for a July 27th release.

In this exclusive excerpt, Dio recounts how Sharon Osbourne introduced him to Black Sabbath guitarist Tony Iommi and reveals the doubts he had initially about replacing Ozzy Osbourne. But at the same time, he remembers the excitement he felt about starting a new chapter for the iconic band with a song that would later appear on 1980’s platinum success, Heaven and Hell.

Lady Gaga's 'Born This Way': Much Better Than 'Express Yourself'

Wendy, meanwhile, had struck up a friendship with Sharon Arden, soon to become Sharon Osbourne. Sharon was working for her father, Don Arden, one of the most fearsome managers in the music business. In the UK, Don was known as Mr. Big. Don had mob connections he liked to boast of, liked it to be known he carried a gun, and had various expressions he liked to employ such as, “Legs do break.” Especially so, the implication was, if you were ever foolish enough to cross Don.

Don made his money managing artists as diverse as Little Richard, Gene Vincent, the Animals, the Small Faces, ELO, and now Black Sabbath, to name just a few. He was so rich he lived in a vast Beverly Hills mansion once owned by Howard Hughes. Living with Don at the mansion was Sharon. It was through Wendy’s connection with Sharon that I got invited over to meet the Sabbath guys. It was all very nice and polite, and when we left, I thought no more of it. They were getting ready to make their next album with Ozzy and I was still thinking about my own next move.

Then fate took a hand in things. I was at the Rainbow one night when Sabbath’s tall brooding guitarist Tony Iommi walked in. I liked Tony right away. I knew he was the musical leader of Sabbath, the mastermind behind some of the most classic guitar riffs in the history of rock. We got to talking and it turned out that we were both contemplating solo albums. Tony confided that the band had just kicked Ozzy out. Ozzy has been the first to admit that he was his own worst enemy in those days, at a time when his drinking and drugging were completely out of control. He was hardly the only rock star to suffer that fate. Tony explained that the band’s bassist and usual lyricist Terry “Geezer” Butler was also going through some family issues. Hence Tony’s inclination to consider some sort of solo project.

I was all about experimenting with ideas at that point and suggested a possible collaboration. Maybe. One day. Maybe not. No biggie. Next thing I knew I was riding in the back of Tony’s limo to a studio in L.A. where Tony had this “idea for a song” he wanted to play me but that he was having trouble finishing without a vocalist and some lyrics. When he pressed play on the console, I could not believe my ears! This was no off-the-cuff idea that still needed a ton of work. This was a fully-fledged Sabbath behemoth!

It started moody and glowing, nimble acoustic guitars enhanced by magic ribbons of electric guitar. Then, suddenly, after about 40 seconds, there it was coming out of the speakers like forked lightning, the ultimate in monstrous riffs. No other guitarist in rock history could have come up with anything like it. Heavy, pure, yet shining like a beacon. Before the song was halfway through, before Tony could even ask me for my thoughts, I was scribbling down the words that came to me immediately.

“In the misty morning, on the edge of time, we’ve lost the rising sun, a final sign….”

Then I was up singing them into the mic, Tony rolling the tape, a huge smile on his chiseled face. It was to be the first thing Tony and I ever wrote together — and it was to be one of the very best. We called it “Children of the Sea,” and the first time we played the demo back in the early hours of the following morning we both knew. This is what we were going to do next, come what may.

At first the talk was of me working with Tony on his solo album. That notion was quickly dispelled as we came up with more and more amazing songs together. With Ozzy definitely out and Geezer starting to come back from his family crisis, Tony and Bill took the next logical step and invited me to join Black Sabbath. The truth is he had never wanted to end Sabbath. He just couldn’t see how they could continue without Ozzy.

I admit, at first, I shied away from the prospect. I was desperate to do my own thing again after the years working under Ritchie Blackmore’s rule. I was also unsure how on earth I was supposed to replace Ozzy Osbourne in Black Sabbath. Unlike in years to come, when groups like Van Halen, Bad Company, Iron Maiden, and even Queen could bring in a new frontman with impunity, in the late Seventies, the idea of a superstar group like Sabbath replacing their frontman was considered unthinkable. Led Zeppelin without Robert Plant, the Rolling Stones without Mick Jagger? Sacrilege.

The fact that I was already well known to the rock audience as the singer of Rainbow was a double-edged sword, as I saw it. I could end up alienating both Sabbath and Rainbow fans. On the other hand, as Tony saw it, bringing in a new singer no one had ever heard of before was a much bigger risk. Tony told me he was sure I’d be able to pull it off. Well, vocally, for sure. Ozzy was a great frontman, but a great singer? Not so much. But Ozzy was Sabbath as far as their legions of fans worldwide were concerned. How would they take to the American guy from Rainbow, no matter how well I could sing?

Someone who definitely did not think I was up to the job was Don Arden, who went insane when he discovered what Tony had been up to, threatening all sorts of retribution. Don knew deep down, however, that the situation with Ozzy was no longer sustainable. It had also been years since that lineup had had a hit record in the States. At one point he even suggested that I write with Tony and sing on the album, but that they take Ozzy out on tour. 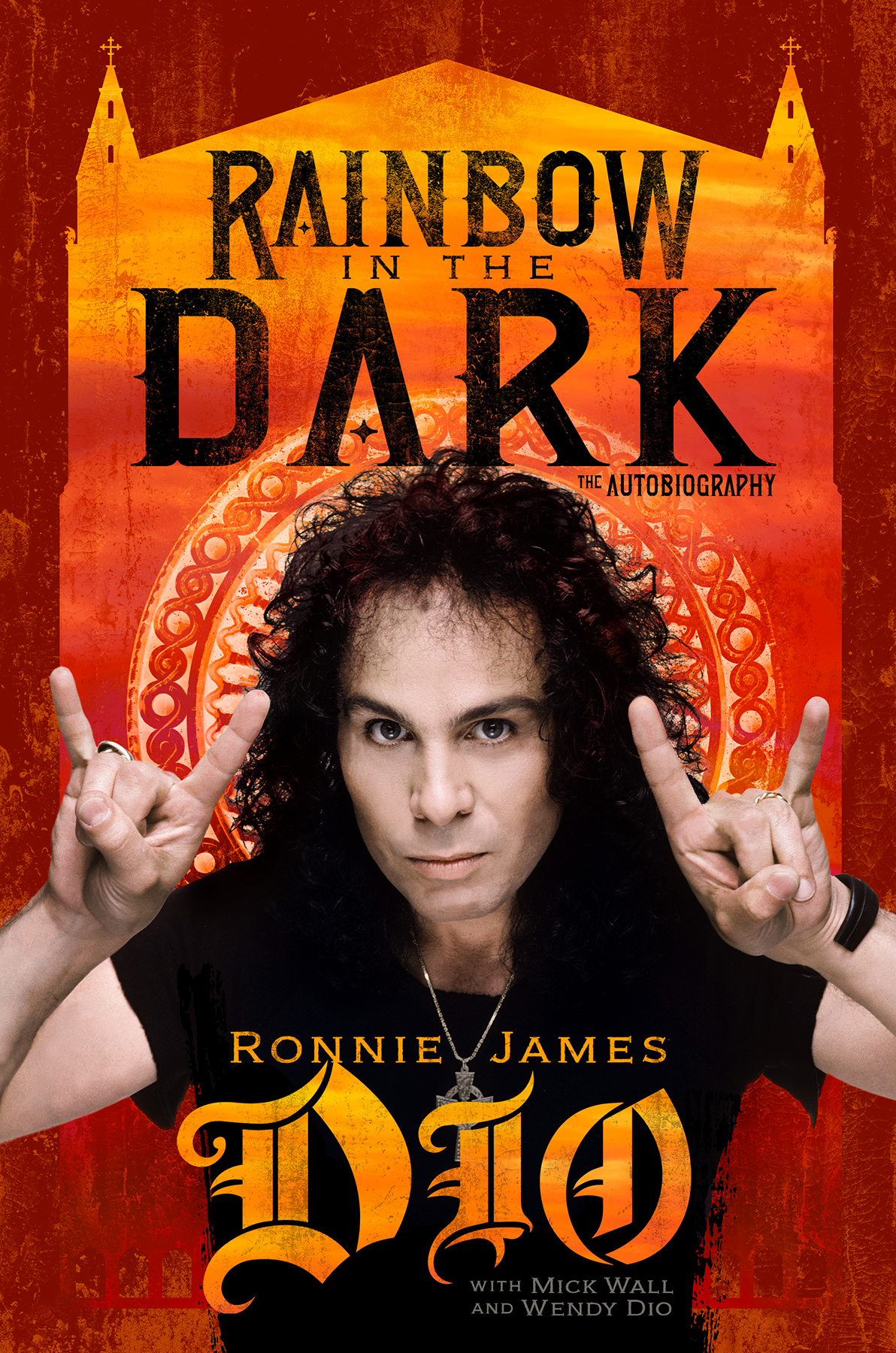 When Tony told Don where he could shove that stupid idea, that was the end of Sabbath as far as Don was concerned. He canceled the lease on the house he was renting for them and sold their management contract to a guy named Sandy Pearlman, then the manager of Blue Öyster Cult, one of the many American bands in the Seventies to be directly influenced by primetime Sabbath. He then told Sharon to start taking care of Ozzy as a solo artist: the beginning of a long and incessantly winding road that deserves a book of its own.

In fairness to Don, though, I still wasn’t fully convinced either. What tilted my hand in the end was the sheer quality of the songs Tony and I had been writing. That plus the fact that Tony assured me this would not be like my situation in Rainbow, where Ritchie was the boss and that was that. If I joined him in Sabbath it would be as an equal partner with equal say, musically and business-wise.

The real clincher though was when Wendy got hold of me and told me straight: “Ronnie, we’ve got less than eight hundred bucks in the bank, we’ve got to do something!”

Wendy was right, of course. She always was. I phoned Tony: “Okay, man, I’m in. When do we start?”

Excerpted from Rainbow in the Dark: The Autobiography by Ronnie James Dio with Mick Wall and Wendy Dio © 2021 by Niji Entertainment Group Inc. Reprinted with permission of the publisher, Permuted Press. All rights Reserved.