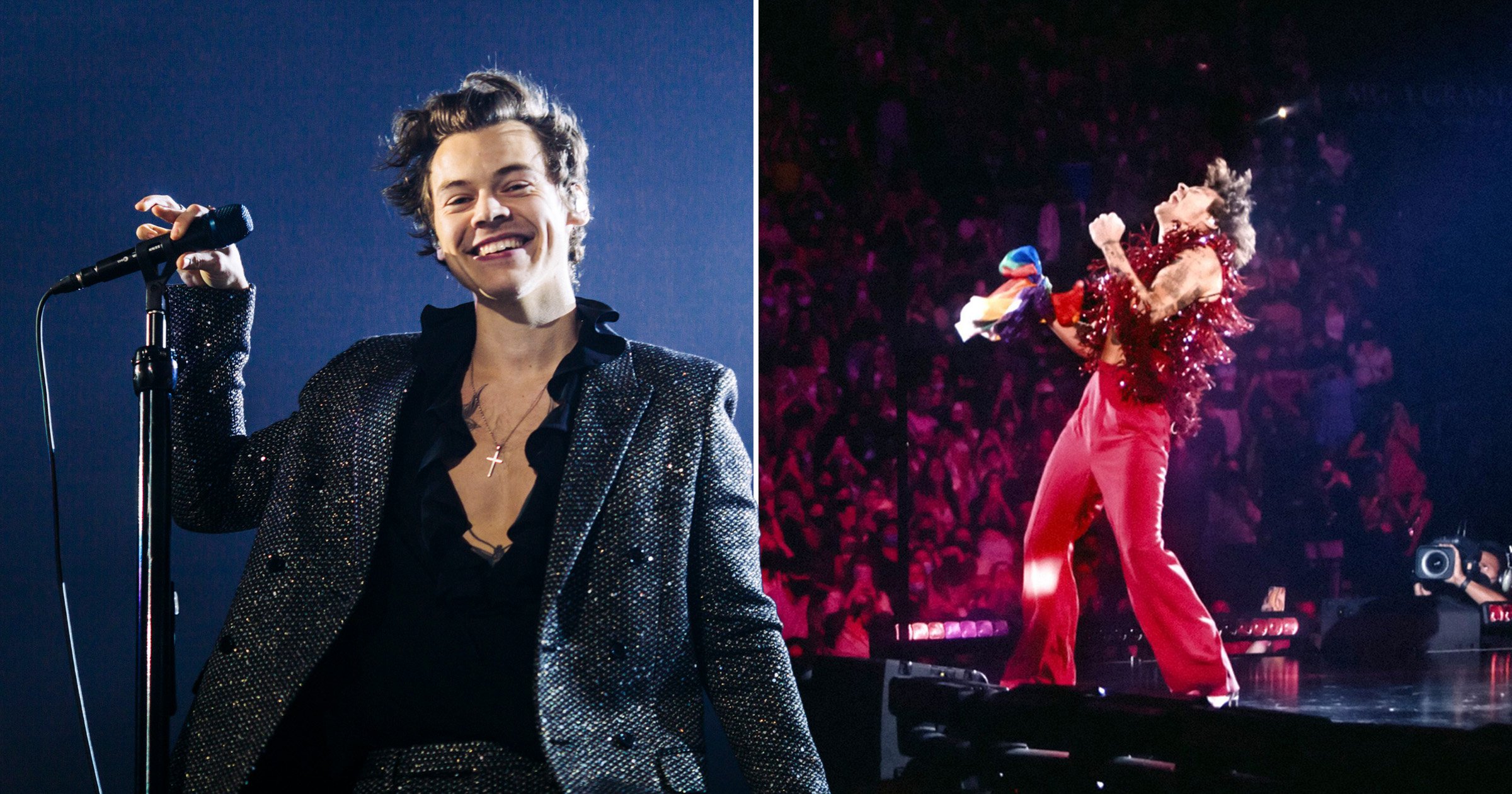 Harry Styles on tour is the gift that keeps on giving as his latest show saw the pop star address the long-debated, X-rated meaning behind his hit single Watermelon Sugar.

The former One Direction star brought his Love On Tour jaunt to Nashville on Friday as he continues to promote his second album, Fine Line.

Before launching into Watermelon Sugar, Harry took a moment to chat to the audience and confessed the true meaning behind the appetising lyrics.

‘This song is about…it doesn’t really matter what it’s about,’ the 27-year-old teased before adding that it’s ‘about the sweetness of life’.

He then dropped the bombshell: ‘It’s also about the female orgasm, but that’s totally different….It’s not really relevant.’

Lyrics on the hit track include: ‘Tastes like strawberries, On a summer evenin’, And it sounds just like a song.’

He also sings: ‘I want your belly, And that summer feelin’, Getting washed away in you.’