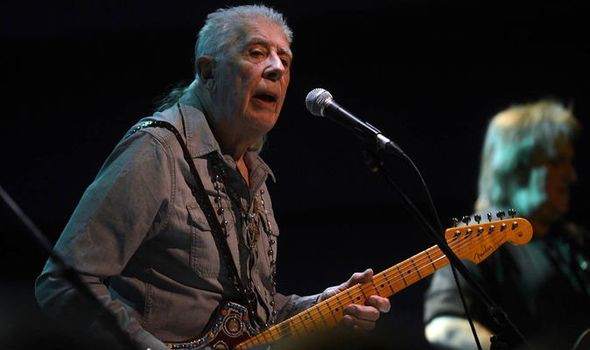 They also inspired Macclesfield’s own John Mayall, the Godfather of British Blues. You might not have heard of him but Mayall knew how to pick ’em. His Bluesbreakers band was once home to Eric Clapton, Fleetwood Mac’s Peter Green, and Rolling Stones guitarist Mick Taylor.

The story of how white English boys sold black American blues back to America, creating hard rock and heavy metal in the process, has been told many times.

Mayall – who sang and played harmonica, organ and guitar – was more interested in capturing the purity and authenticity of the music.

The gold standard was 1966’s follow-up Blues Breakers With Eric Clapton (known as “the Beano album” because old Slowhand is nonchalantly reading the comic on the cover).

The Blues Alone from 1967 features Mayall’s Broken Wings, an earthy showcase for his warm, flexible vocals, and Sonny Boy Blow, his boogie tribute to blues giant Sonny Boy Williamson, who had just died.

There is also music from seven unreleased gigs, plus 28 unreleased tracks recorded for the BBC along with books, posters and a signed photo.

Mayall never became a household name but he was – and is – our most dedicated and influential blues musician.

To appreciate the power and, yes, genius of the British blues boom, there is no better place to start.