Kelly Price has been in the news lately amid recovering from a near-fatal case of coronavirus. The R&B and gospel singer is anticipating getting back to recording. She’s been in the music industry for over 30 years. 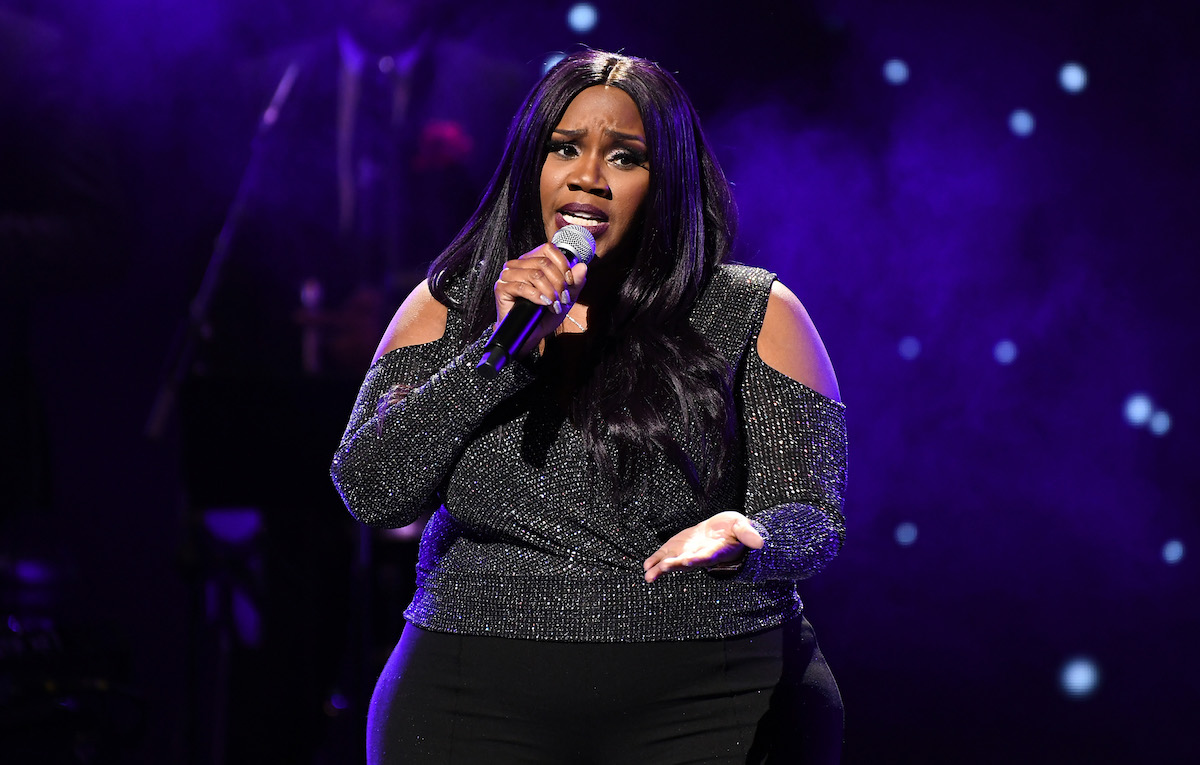 Price began as a backup singer, working with greats including Mariah Carey. But with a powerhouse voice of her own, she was sought after to record her own album. Price passed on her first major recording contract due to pressure from record executives to lose weight.

Price negotiated a major deal with Jive Records and was excited to sign her first contract. While on her way into Manhattan to her lawyer’s office to sign the paperwork, her lawyer called to tell her to stop by Jive’s offices first for a meeting.

“So they say, ‘We have some things we need to talk about,’” she says they told her, per Madame Noire.  “And I’m like, ‘Sure, what do we want to talk about?’ Someone says, ‘So we need to talk about this weight.’ And my eyes got big. And they said so, ‘We think you have an amazing pen. You’re probably one of the best pens in the industry right now. And your voice is unmatched. But you are going to have to lose a significant amount of weight before we put a record out on you.’”

Price says after more discussion about her weight, she finally spoke up, saying:

I say, ‘Okay, well. I’m a big girl. We know that. We’ve known that. I’ve been big my whole life. I come from big people. What if I get to a weight and I feel that I’m comfortable and I’m healthy and I’m happy with that and you decide that that’s not enough? Who gets to decide that? If I feel like I’m okay and you don’t, do you still put this record out on me or not?’ And someone says, ‘Honestly, we don’t know.’

In the end, she walked away. “I told them, ‘Thank you gentlemen.’ I stood up and walked out of the room and I cried all the way to the train station,” she says.

She credits a singing legend for changing her mind

Despite not signing with Jive, offers for Price from other major labels began pouring in. She settled with the fact that she would be a session and background singer in order to avoid the weight loss conversation. But things changed when she met Ronald Isley.

Eventually, Kelly agreed, becoming Isley’s vocal producer. He was so impressed with her that he pressed her to record a solo album. Price told him, “This industry doesn’t welcome people like me,” she said. “I can’t make records.” I said, ‘I’m good where I’m at.”

Isley refused to allow Price to give up. He invited her to appear on his world tour. During live performances, Isley would give Price the microphone and instruct her to sing. He introduced her as his new artist on the second date of the tour. She signed with Isley’s boutique label before they went to Island Island Black Music where she recorded her debut album, The Soul of a Woman.

“Here I was with the opportunity to step out front and be seen unapologetically,” she says of Isley. “I wasn’t being asked to be something I wasn’t. I wasn’t asked to look like something that I wasn’t. And every step of the way Ronald Isley and Hiram [Hicks] celebrated the Kelly that I was. Because I had my days where I would want to cry and I would hear what other executives had to say about me.