Little Mix fans today learned that star of the band Jesy Nelson has quit the band. The 29-year-old has publicly struggled with her mental health over the past few years, and even bowed out on appearing in the band’s Strictly Come Dancing performance earlier this month.

Fans of the band are truly devastated, but do understand that Jesy’s health must come first.

Many of the team’s dedicated listeners have already begun wondering if the trio is going to split up in the coming months.

Parallels are being made between Little Mix and One Direction, who also saw a member of their band quit before the band ultimately split.

In 2015 One Direction’s Zayn Malik announced he was quitting the band due to “stress” and to live a “normal 22-year-old life”. 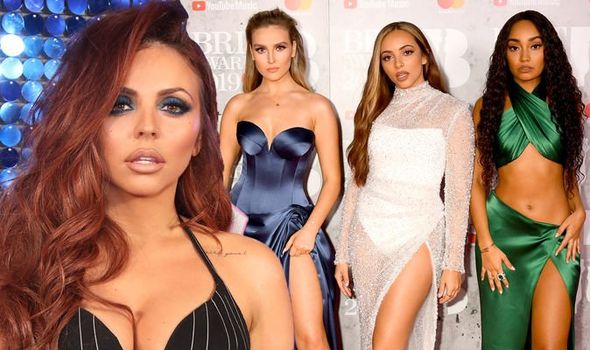 We will use your email address only for sending you newsletters. Please see our Privacy Notice for details of your data protection rights. Little Mix break up: Has girlband Little Mix broken up?

Fans of the band will recall that, just a matter of months after Zayn’s exit, One Direction went on an indefinite hiatus.

Despite the likes of Niall Horan explaining at a red carpet in May, 2015, that they were not splitting up anytime soon, the band made the devastating announcement in November of the same year.

Speaking out on Twitter, many Little Mix fans have become worried that Jesy’s exit could bring about the end to the band.

One fan wrote: “As soon as I seen this I thought, this is One Direction with Zayn all over again :(.”

Another agreed: “I really hope Little Mix won’t pull a One Direction cause they are seriously so damn talented,” with a third adding: “JESY IS LEAVING LITTLE MIX :(( THIS IS ONE DIRECTION ALL OVER AGAIN.” (sic)

Thankfully for fans, it seems as if the band themselves have already claimed they won’t be splitting up just yet.

Within their statement on Jesy leaving, Perries, Jade, and Leigh-Anne added: “We love [Jesy] very much and agree that it is so important that she does what is right for her mental health and well-being. We are still very much enjoying our Little Mix journey and the 3 of us are not ready for it to be over.”

Jesy first appeared on screen during the X Factor auditions phase in 2011, before being formed into Little Mix and winning the competition.

WATCH THE AUDITION ABOVE

Her first audition was loved by Louis Walsh and Tulisa Contostavlos, but was not enjoyed by Gary Barlow.

The Take That star claimed her performance of Bust Your Windows “lacked originality”.

However Tulisa commented on her performance, saying: “Loved Jesy’s audition. I thought I want to see more from this girl, [but] wasn’t sure where she was going to fit in at the time.”

Little Mix announced Jesy had quit the band this evening, on Monday December 14, 2020.

They wrote on their Twitter account: “After an amazing 9 years together Jesy has made the decision to leave Little Mix. This is an incredibly sad time for all of us but we are fully supportive of Jesy.”

Little Mix’s statement continued: “We love her very much and agree that it is so important that she does what is right for her mental health and well-being. We are still very much enjoying our Little Mix journey and the 3 of us are not ready for it to be over.