Noel Gallagher has hit out at his estranger brother once again.

The veteran musician, 52, has deepened his long-running feud with Liam Gallagher, 46, after he admitted that looking at his face makes him want to open fire in a McDonald’s.

Noel, who has been embroiled in the bitter row with his sibling following the demise of Oasis, spoke about his ill-feelings towards his former band mate during an interview with Variety Magazine.

The brothers locked horns once again after Noel barred Liam from using Oasis songs in his new documentary, As It Was.

Noel, who has refused to watch the film, told the publication: “I couldn’t think of a reason that would make me want to watch it, considering that every time I see that c***’s face, I want to f***ing take out a McDonald’s with a machine gun.

“So I don’t think I’ll be going to the local cinema to watch him rewrite f***ing history [about] what a great guy he is, what a wonderful family man. I’ve got better things to do with my time.”

When questioned about his motives for refusing Liam to use the band’s tracks, he revealed: “If some f****ing moron is going to make a film slagging me off, calling my wife a c***, after trolling my kids on the internet, after being a filthy little misogynist, sexist p***k who cannot keep his f***king mouth off Twitter, and then call me to ask me a favour, I’m like, ‘Wow. You are as dumb as you f***ing look’.” 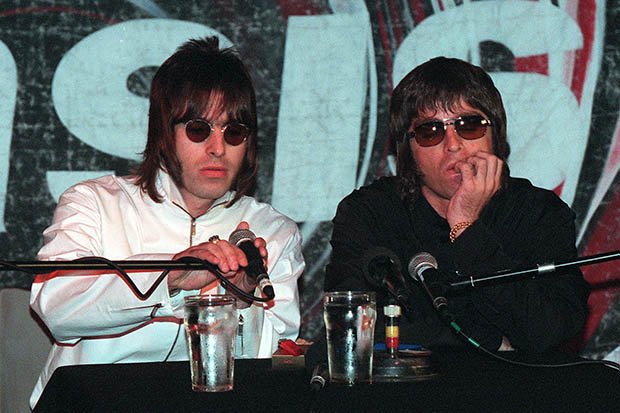 Liam, who saw the comment, proceeded to text Anais with a screenshot and wrote: “Tell your step mam to be very careful”.

After Noel leaked the message on Twitter, Liam promptly took to the site to apologise to his niece.

He wrote: “My sincere apologies to my beautiful mum Peggy and my lovely niece Anais for getting caught up in all of this childish behaviour I love you both dearly LG x.”