This weekend, John’s two sons Sean and Julian were joined for interviews on Radio 2 by Elton John and Paul McCartney. Paul describes their earliest days together in Liverpool, long before the Beatles were officially formed and how some of their biggest hits were written before the band was even formed. Many years later, even thought the band’s 1970 split was acrimonious, Paul admits he still listened to John’s solo material and loved one song in particular.

Paul describes how songwriting united them from the beginning: “I met John and then I said, ‘Well, you know I’ve written a couple of songs,’ he said, ‘So have I.’

“So we had just independently, having our guitars it had struck us as a good idea to try and do something of our own and they were they were pretty basic little songs, but when we got together we used to go round to my house and we’d play these songs and we had that really just before Buddy (Holly) and then when Buddy came along, the Everly (Brother)s came along, we took a lot of their style and put them into our style.

“But we had actually started to flirt with song-writing independent of one another without major influences, just the fact that it was a guitar, we loved this new kind of music and so we were having a go at it.”

Paul revealed some of the band’s biggest early song were written right at the start: “Love Me Do, One After 909. That was very much in my front room in our little house and I Saw Her Standing There. I’d started that and we worked on it together so we had those really before The Beatles broke.” 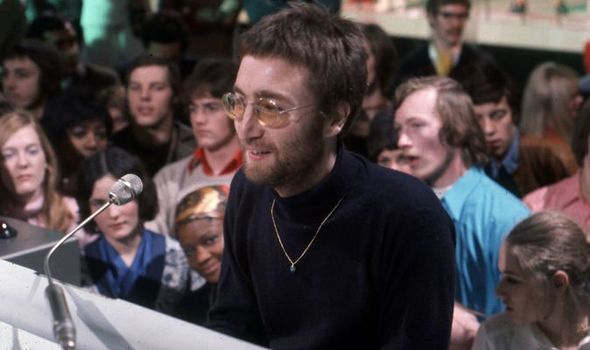 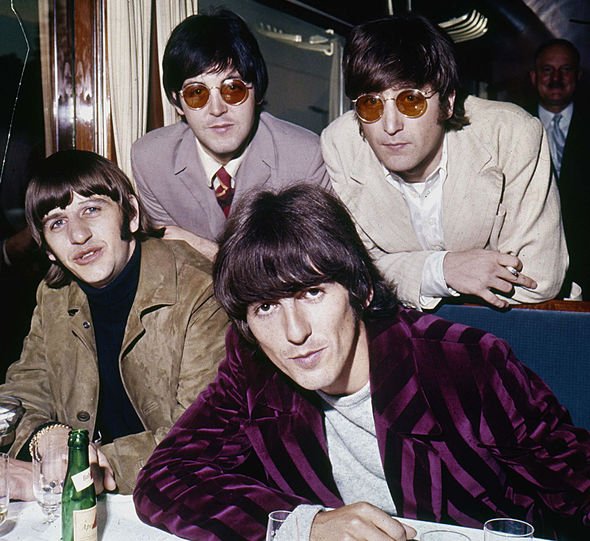 Even so, Paul freely admits not everything they wrote at the start was perfect.

“There was one called Just Fun. How does it go… I’ve got my guitar here. It goes like ‘They say that our love is just fun…’

SCROLL DOWN TO LISTEN TO JUST FUN BELOW

Paul says the band’s songwriting and musicianship kept evolving together all through the Beatles years, so it is natural their music would stay connected even after the split and subsequent solo careers.

He explains: “We’d grown up together. From little kids, we’d taken the first steps together. We kind of learned to walk together then we learned to run. And the fact that each of us was influencing the other was very important. And we were learning, not just about songs and stuff about life… 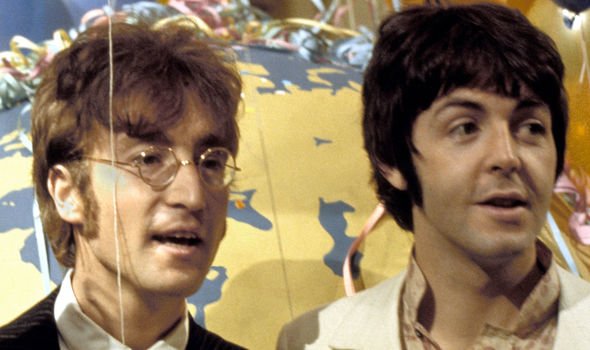 For many years after the 1970 Beatles split relations were strained between all the bandmembers, but there remain links between their solo songs.

Sean Lennon says: “I listened to your first solo album, McCartney, and his (Lennon’s) Plastic Ono Band. In a way they are connected to me, maybe I’m stretching, but they’re connected because they’re both so raw and stripped down in a away and I feel like they don’t sound like The Beatles in the similar way in the way that they’re more kind of bare and I really love them both, but it seems like you weren’t as, you hadn’t completely drifted apart necessarily, like there was still a kind of, you’re on the same page to me.

Paul replies: “Yeah, well, you know if you know someone that long from your early teenage years to your late twenties, that’s an awful long time to be collaborating with someone and you grow to know each other and even when you’re apart you’re still thinking about each other, you’re still referencing each other.”

Paul describes how he can still imagine John recording some of his biggest hits.

Paul says: “Obviously Imagine and Instant Karma is great and the nice thing was, when I listen to the records, I can imagine him in the studio and go, ‘Oh ok, I know what he’s done. He’s just said to the engineer, “Gimme some Elvis echo.. Bog echo.”’

“Bog is the toilet in Liverpool, but we just called it bog echo… But I can imagine him saying, ‘I want that’ and getting in the headphones with that and recording a lot of his stuff that way.”

Sean says: “I imagine you would have liked Mind Games or Number Nine Dream… Are there any songs or records that you remember being a fan of his when he was going solo?

Paul replies: “Yeah, I mean, I’m often asked for my favourite tunes kind of thing, and I always include Beautiful Boy.”

Sean joke: “That’s a major six chord, I think, which he must have learned from you ‘cos you have a major six at the beginning of Fool On The Hill. And I think you did a six before he did one.”

Paul laughs and says: “I invented the major six!”