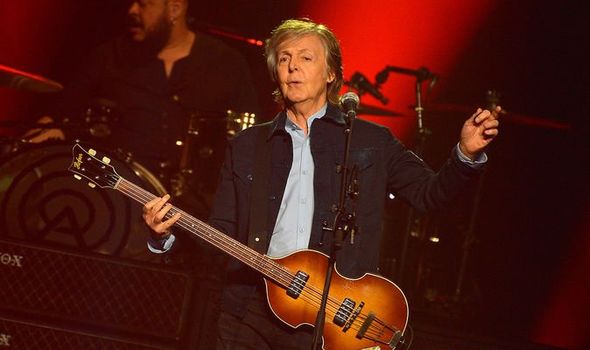 Hemp is new to Paul’s family farm, which is located in Peasmarsh, East Sussex.

The former Beatles member spoke on the River Cafe Table 4 podcast. He said: “We grow organic crops, I like doing things like spelt wheat, rye, we grow peas. Before adding, “we’re actually just getting into growing hemp”.

“The funny thing with government regulations is you’ve got to keep it where people can’t see it, because you get all the kids coming in and robbing it!”

Hemp is a plant in the same species as cannabis and can be used to make things such as cosmetics, cloth, printer’s ink, rope, wood preservative, detergents, soaps, and lighting oil.

Although, unlike cannabis, hemp contains much lower levels of tetrahydrocannabinol (THC). THC is the chemical responsible for most of marijuana’s psychological effects.

Paul, 79, was first introduced to cannabis in 1964 by Bob Dylan and became a regular smoker.

His love of marijuana led to various run-ins with the law over cannabis possession. These run-ins included one in Sweden in 1972, another in Japan in 1980 and, also, whilst on holiday in Barbados in 1984. He has said he gave up smoking in the 2000s.

Paul sends bottles of it to friends. Friends include Rolling Stones guitarist Keith Richards. “We don’t produce that much, it’s more a personal thing,” he said.