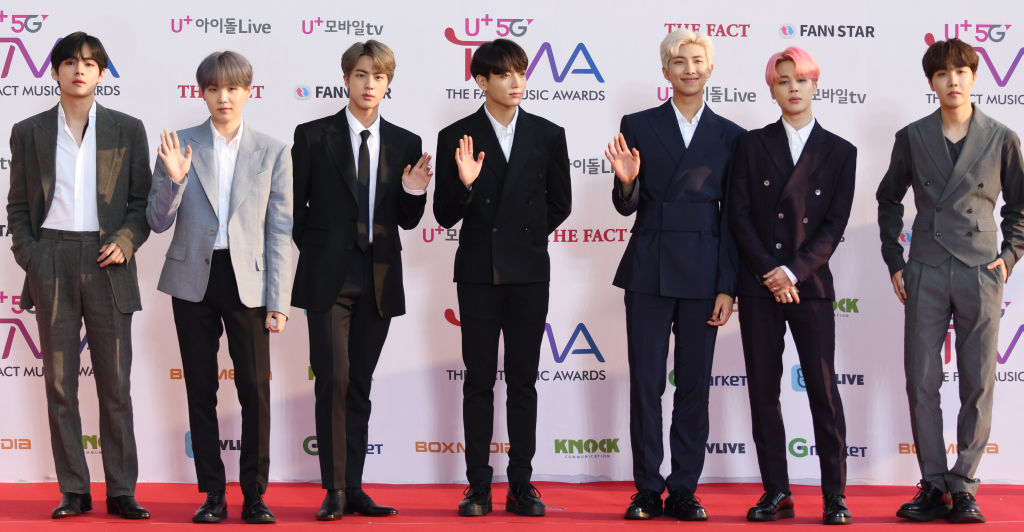 A break? Never heard of it. BTS is currently on a two-month hiatus from touring, but that isn’t stopping the members from dropping new content. Just a few days into the break, Lil Nas X released “Seoul Town Road” with RM from BTS. The K-pop group’s documentary Bring the Soul: The Movie was released Aug. 7, and every Tuesday the group releases an episode of their variety show, Run BTS! To fans’ shock and excitement, V from BTS just dropped a new solo song and music video titled “Winter Bear.”

‘Winter Bear’ is an English-language song

As a K-pop group, BTS’s songs are almost entirely in Korean. Typically, only parts of their songs have English lyrics. In the past, BTS said they do not plan to ever record an all-English song as a group. Still, several of the vocalists recorded and performed covers of English songs. Most notably, Jungkook and V released several English covers.

V’s new song “Winter Bear” is an English-language song, meaning he wrote, composed, and sang a song that is not in his first language. The song is a melodic lullaby and showcases V’s deep and soothing vocals.

V loves photography, and often posts work by him or his favorite photographers to the BTS Twitter account. If the surprise song was not enough to shock ARMY, V also released a music video for the song. V is so talented he directed the music video himself.

The video shows various shots of V exploring during BTS’s world tour. The visuals show landscapes and architecture from various cities across the U.S. and Europe with shots of V exploring interspersed throughout the video. Paired with the calming lyrics and vocals, it creates a comforting work of art.

BTS fans are in love with the new track

Aug. 9, 2019 is a special day for members of ARMY. For starters, it is the anniversary of Jin’s solo song, “Epiphany.”  It is also an anniversary for the phrase, “I purple you.” Every year, BTS holds a celebration concert with fans called Muster. At the group’s 3rd Muster in 2016, V told the crowd “I purple you.”

“Do you know what purple means? Purple is the last color of the rainbow. Purple means I will trust and love you for a long time,” he said.

After that, purple became the unofficial color of BTS and ARMY. Aug. 9, 2019 marks 1000 days of “I purple you,” making the release of “Winter Bear” even more special.

“He dropped winter bear on the 1000th day of I purple you and I’m DEVASTATED but so so proud,” wrote a fan.

Other fans are in awe of V’s talent. “LYRICST EDITOR WRITER COMPOSER ACTOR KIM TAEHYUNG HAS DONE IT AGAIN. HE HAS OUTDONE HIMSELF AND I EXPECTED NOTHING LESS FROM HIM. HIS AESTHETIC, HIS VOICE. HE HAS TRULY DELIVERED. THE EXCELLENCY. THE FLAVOR. THE IMPACT. I’M SO PROUD OF MY BABY” wrote one Twitter user.

“actor tae, director tae, composer tae, vocalist tae, model tae i mean what more can you ask for when a man like kim taehyung exists,” wrote another.

“Taehyung is so talented, he produced a song in english, directed the mv himself all while showing his love for photography. I’m so proud of him, he is our winter bear,” said a fan.

You can count on ARMY to listen to “Winter Bear” on repeat until BTS drops their next surprise track.