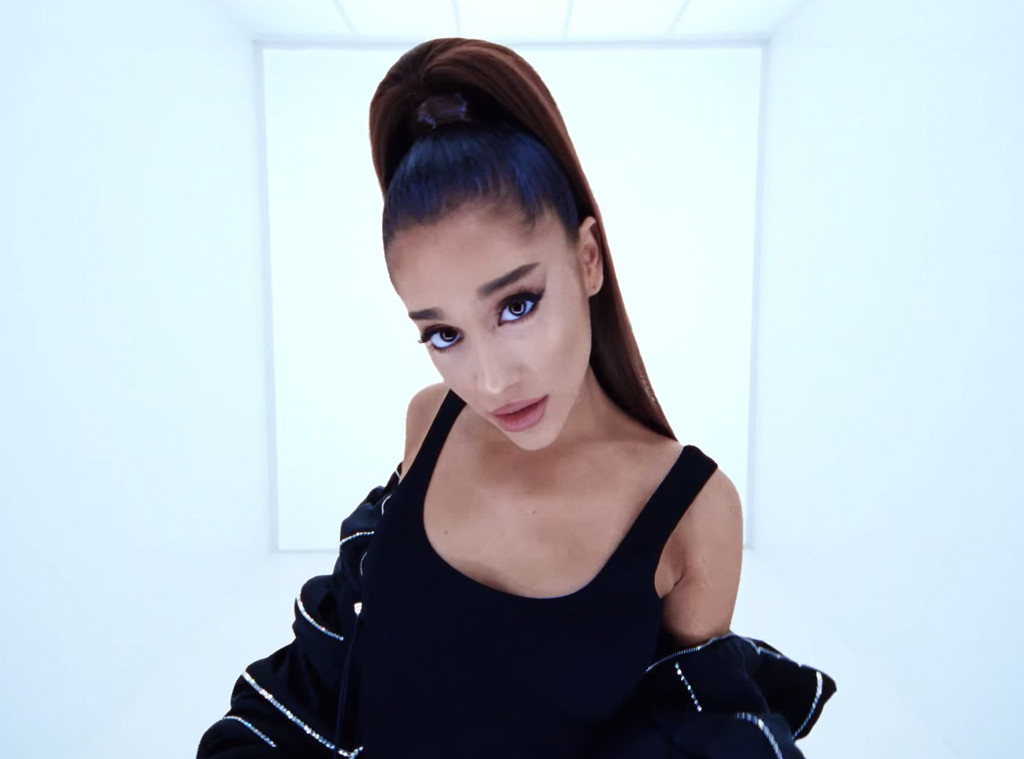 “My imagination’s too creative,” sing Ariana Grande. And now, she’s giving fans an inside look.

For her “In My Head” music video, the superstar, who released her Thank U, Next album in February, performs the track in a stark, white room. According to Vogue, which premiered the nearly three-minute video alongside Grande’s August cover, director Bardia Zeinali sought to capture the feeling of claustrophobia.

And unlike her more recent videos, such as “Thank U, Next, “Break Up With Your Girlfriend, I’m Bored,” and “7 Rings,” her latest strips away the elaborate theatrics and backup dancers. (Sorry, there are cameos by Kris Jenner or Charles Melton this time around!) It’s just Grande, clad in an Area puffer jacket and skirt, Givenchy bodysuit and $79 Yandy thigh-high boots.

The song, as Grande tweeted in January, is about “being in love w a version of somebody you’ve created in your head. falling for someone that they are not.”

Fans believe the instant hit hints at her relationship with ex Pete Davidson.

“Yeah, look at you, boy, I invented you/Your Gucci tennis shoes, runnin’ from your issues/Cardio good for the heart (For the heart, for the heart)/I figure we can work it out, hmm,” the 26-year-old belts out on the track. “Painted a picture; I thought I drew you well/I had a vision of seeing what isn’t there/Caught in the moment, tangled up in your sheets/When you broke my heart, said you only wanted half of me.”

While speaking to Vogue, Grande doesn’t shy away about their short-lived engagement.

After her split from Mac Miller, “I met Pete, and it was an amazing distraction,” she recalls to the magazine. “It was frivolous and fun and insane and highly unrealistic, and I loved him, and I didn’t know him.”

Watch her full “In My Head” video above!