Britney Spears finally spoke out about her controversial conservatorship and asked the court to end the legal arrangement that has taken away control of her money and her life since 2008. During a June 23 court appearance, Spears dropped several bombshells about the abuse she said she’s been suffering and even compared her experience under the conservatorship to sex trafficking.

Spears also made it clear how she currently feels about her family. She mostly took aim at her father, Jamie Spears, who had control of the conservatorship, even claiming (via Variety), “he loved the control to hurt his own daughter 100,000%.” Yet Britney seemingly also called out her mother, sister, and brother, saying that during all the years of abuse, “My whole family did nothing.”

While Britney’s sister Jamie Lynn Spears is in the entertainment business and is active on social media, their older brother Bryan Spears has mostly remained out of the spotlight during Britney’s career. But it appears Britney was including him when she addressed her family’s culpability. She told the judge, “I would honestly like to sue my family, to be totally honest with you.” She added, “I also would like to be able to share my story with the world, and what they did to me, instead of it being a hush-hush secret to benefit all of them.” While at one point it seemed Bryan was close to Britney, it appears their relationship has been damaged by the conservatorship, despite Bryan defending it in the past.

Bryan Spears works behind the scenes 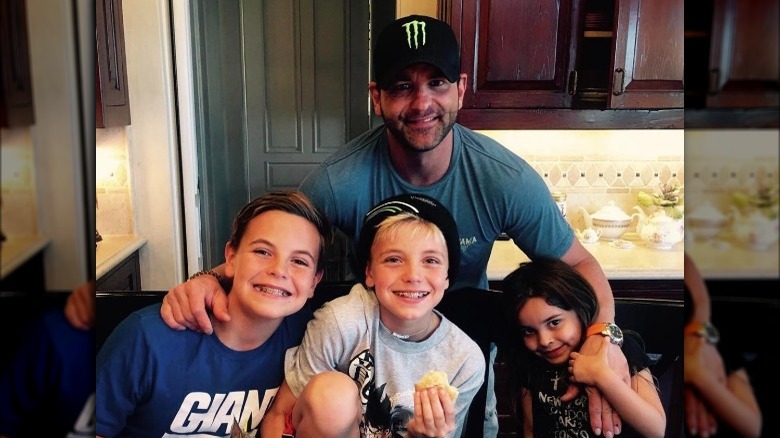 While Britney Spears’ older brother, Bryan Spears, has managed to keep a low profile, he’s been behind the scenes since the beginning. According to The Sun, Bryan works as a TV and film producer, but before that he worked as a manager for the family’s business when Britney’s career took off in the ’90s. He also was part of his youngest sister, Jamie Lynn Spears’ career, serving as co-producer on her Nickelodeon show “Zoey 101” and directing her video for her song “Sleepover.” It’s unclear what he’s been up to lately, as his last producing credit on his IMDb was in 2007.

As for his personal life, Bryan is married to talent manager Graciella Sanchez. Bryan met Sanchez through Jamie Lynn, as she’d been working as her manager. The two share a daughter, Lexie Spears, who was born in 2008. Yet it’s unclear if Sanchez and Bryan are still together; she filed for divorce in 2015 but the case was dismissed.

What also appears to be complicated is Bryan’s relationship with Britney. Bryan doesn’t have any public social media, but when Britney last posted about Bryan in 2017, they seemed to be on good terms. She even teased him by sharing a photo of him sleeping, writing, “Don’t disturb your brother when he’s dreaming away.” That year she also gave Bryan a birthday shoutout, posting a photo of him with their kids. But it appears that sometime after that, things went south. 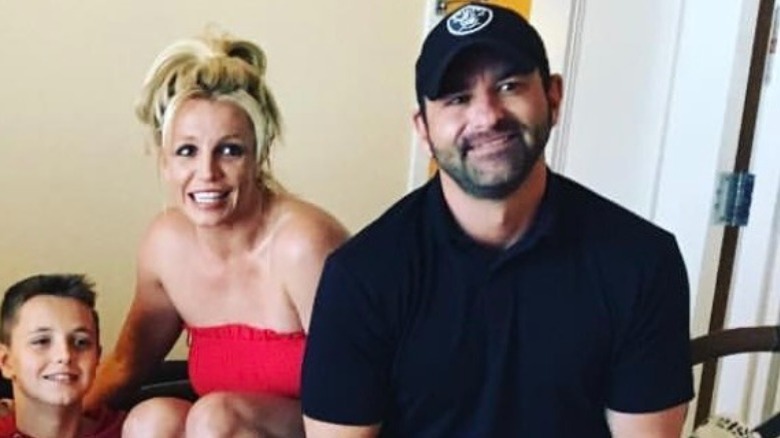 These days, it appears Britney Spears isn’t on good terms with her family, including brother Bryan Spears, after she said they did nothing to help during her struggle with her conservatorship. It probably didn’t help that Bryan even defended it on the podcast “As NOT Seen on TV” in 2020. He called the conservatorship a “great thing” for the family. He said (via People), “She’s been in this thing for quite some time now. Obviously, there was a need for it in the beginning. Now they’ve made some changes and all we can do is hope for the best.”

Bryan also defended their dad Jamie, who ran the conservatorship, saying, he “done the best he could, given the situation he was put in.” He called the conservatorship a family affair that everyone made “sacrifices” for. “We’ve had to work together as a family to keep it all going. One person might be on stage and doing this, but it’s a sacrifice from everybody. Everyone is putting in, to some degree, a little bit to keep everything going.”

But Bryan did acknowledge that Britney wanted out of the conservatorship, saying, “She’s always wanted to get out of it. It’s very frustrating to have — whether someone’s coming in peace to help or coming in with an attitude, having someone constantly tell you to do something has got to be frustrating.” While Britney didn’t address her brother directly in her court speech, the conservatorship seems to have drawn a wedge between them.