How I Met Your Mother ended after nine seasons on CBS. And although not everyone was a huge fan of the finale, many still crave more of the show. Thankfully, the sitcom lives on through its sequel, How I Met Your Father. The Hulu original, which producers are quick not to label a spinoff, has catered to How I Met Your Mother fans by featuring a few past cast members. And one former star might want in on the fun.

[Spoiler alert: This article contains spoilers from How I Met Your Father Season 1 Episode 10.]

Cobie Smulders returned as Robin in ‘How I Met Your Father’

Before the last episode of How I Met Your Father Season 1, two former How I Met Your Mother cast members appeared in the sequel. Kyle MacLachlan and Laura Bell Bundy reprised their roles as The Captain and Becky, respectively, in episode 9. However, the mother of all cameos came in the finale in the form of a famous news reporter.

Cobie Smulders, who played Robin in the original series, returned to reprise her role as Robin Scherbatsky. After telling Jesse that he should’ve accepted Meredith’s proposal to join him on tour, Sophie ventured to MacLaren’s for a drink. There, she ran into Carl the Bartender, played again by Joe Nieves, and Robin.

Sophie recognized Robin from the news, and the former How I Met Your Mother character was elated. Robin then gave Sophie some advice about Jesse. Specifically, she called back to a season 7 moment between her and Ted where she told him that timing is essential to any relationship.

Now, it seems as though the door is open for any How I Met Your Mother cast member to join the sequel. 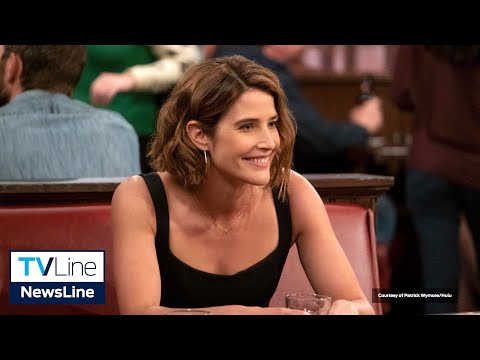 Following the finale, TVLine spoke with How I Met Your Father executive producer/director Pamela Fryman, who also worked on How I Met Your Mother. She revealed that she has discussed how the original show established a franchise with not only Cobie Smulders but with the entire former cast.

“That’s the beauty of the relationships we all have now,” Fryman shared. “I include [How I Met Your Mother co-creators] Carter [Bays] and Craig [Thomas] in this. Everybody is rooting for everybody, always, in such a big way, so when this [sequel series] happened in such a promising way, everybody was just thrilled.”

She continued, “I mean, I keep texting them and going, ‘Season 10! We could do it, guys!’ Jason [Segel] is always the first one to go, ‘I’m in, just tell me where to show up.’ But yes, Cobie and I have talked about that a bunch. It’s kind of unbelievable, just unreal.”

According to Fryman, Jason Segel, who played Marshall, wants to return to the world of How I Met Your Mother. Perhaps there’s a spot for him in How I Met Your Father Season 2 because we can’t see a theoretical season 10 happening anytime soon.

Who else from the ‘How I Met Your Mother’ cast might join the sequel?

Robin, The Captain, Becky, and Carl the Bartender all appeared in How I Met Your Father Season 1. So it’s almost guaranteed that more How I Met Your Mother cast members will be in the second season.

“I don’t think [How I Met Your Mother characters] always necessarily have to come back to teach a lesson or impart wisdom,” co-creator Isaac Aptaker told TVLine. “What worked really well about Robin’s return is that she was essential to the story and was key in Sophie’s decision making and what happened next in Sophie’s life.”

He added, “So I think whenever we would bring someone back from the original, the hope would be that they would play an essential role in our story and not just feel like they’re there to say ‘hey’ and see what whoever is up to.”