These days, it’s seems there’s a new must-watch TV show every week. But with networks and streaming services such as Netflix constantly competing for viewer eyeballs, there are also more canceled TV shows than ever. Some series last just a few episodes or for one short season before they get the ax (Cowboy Bebop, anyone?). In other cases, long-running series are unceremoniously dropped, as happened to NCIS: New Orleans earlier in 2021.

So, which TV shows have been canceled in 2021? We’ve pulled together a list of some of the most notable cancellations that we learned about this year. (Note: This means that shows we already knew were coming to an end, such as Shameless and Supergirl, aren’t on this list. Nor are canceled shows that will air their final episodes in 2022.)

Here are some noteworthy canceled TV shows that reached the end of their run in 2021:

Behind-the-scenes drama helped sink American Gods. The adaptation of the popular Neil Gaiman book lasted three seasons, but was plagued by showrunner changes, production delays, and low ratings. Starz canceled the show in March 2021, after the season 3 finale aired. Perhaps Netflix will have better luck with its upcoming Sandman adaptation.

A.P. Bio survived one cancellation back in 2019 when NBC dopped the comedy after two seasons. Peacock resurrected the series for seasons three and four. But the ax fell for a second – and presumably final – time in December 2021. Creator Mike O’Brien broke the news in a tweet, writing that he was “grateful” to all the fans who supported the show and fought for it to come back after the initial cancellation.

Like A.P. Bio, Brooklyn Nine-Nine was canceled, then uncanceled, then canceled again. NBC picked up the Andy Samberg comedy for a sixth season in 2019 after it was canceled by Fox. But in early 2021, NBC announced that the show’s eighth season would be its last. The series finale aired in September 2021. 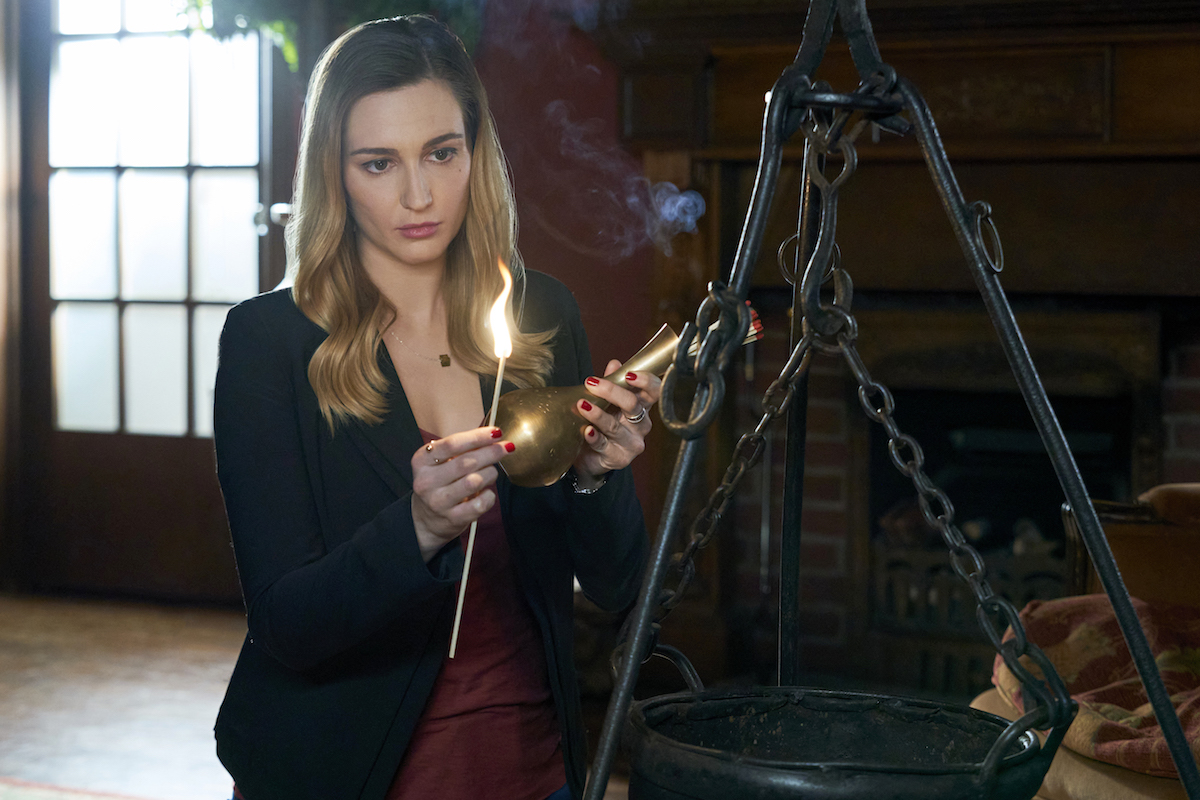 After eight original movies and seven seasons, Good Witch came to an end in July 2021. Hallmark Channel abruptly canceled the Catherine Bell comedy-drama after years on the air, leaving loyal fans heartbroken. Declining ratings may have been the reason this long-running series joined the list of canceled TV shows.

HBO’s Lovecraft Country earned an impressive 18 Emmy nominations, but that wasn’t enough to save the show from cancellation. The premium cable channel announced in July 2021 it had decided not to move forward with a season 2. The move stung all the more after the unexpected death of star Michael K. Williams in September 2021.

Even Angus MacGyver couldn’t MacGyver his way out of this one. In April 2021, CBS canceled its reboot of the ‘80s action series after five seasons, shortly before what would be the series finale aired. The blow came less than a year after CBS fired showrunner Peter Lenkov following allegations of toxic on-set behavior, including from series star Lucas Till.

There was good and bad news for fans of the NCIS franchise in 2021. While CBS ordered a new series, NCIS: Hawai’i, which premiered in September, the network canceled NCIS: New Orleans after seven seasons. The move shocked fans as well as series star Scott Bakula, who told TVInsider he was “surprised the show was canceled.”

Other canceled TV shows in 2021

Of course, the 10 series mentioned above weren’t the only canceled TV shows in 2021. Fans also got bad news about these shows, which were among those that aired their final episodes this year: