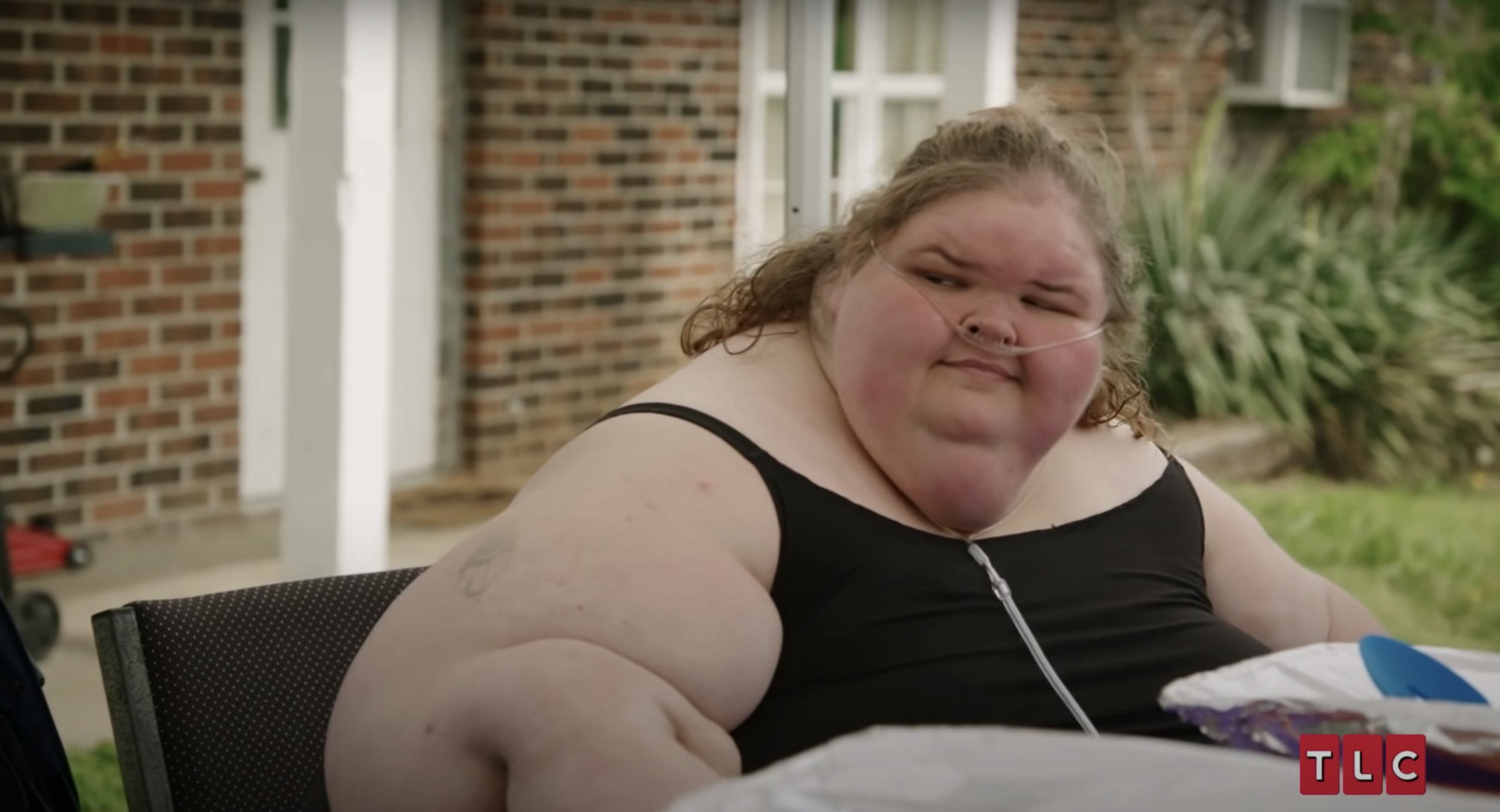 1000lb Sisters star Tammy Slaton was devastated to learn that she had gained weight after leaving a food addiction rehab.

The 35-year-old and sister Amy Slaton front the hit TLC series, taking fans along on their journey to improve their health.

However, the 35-year-old recently left viewers shocked when she announced her decision to leave the facility earlier than planned, so that she could continue her weight loss journey from the comfort of her own home.

In a clip from the upcoming episode, obtained by People Magazine, she shares her hopes that she has lost more weight by following her own plan, and is joined by brother-in-law Chris for an appointment with her doctor.

Tammy explains that she weighed 624lbs at her last weigh in, and states: ‘I’m hoping that I’ve lost even more and I’m closer to my 550lb goal,’

Unfortunately the scales read 639lbs, meaning she has put on 15lbs in that time.

Chris is also unimpressed with the update, describing it as ‘unbelievable’.

‘This s**t is unbelievable,’ he tells the camera. ‘Tammy gained about 15lbs than what it was three weeks ago, so it sucks.

‘She’s p***ing precious time away that she really ain’t got.’

Tammy’s doctor – who had set a goal for her to drop 100lbs while in the facility – voices his concerns, adding: ‘What happened is what I was afraid of. Tammy left rehab too soon.’

The reality star began her stay in the facility at 689lbs and managed to lose 60lbs in eight weeks – before she decided to leave altogether.

‘I miss my bed. I miss my family. I think I’m ready to go,’ she told business office manager Kelly Yarborogh of her departure.

‘I want to try and get the rest of the weight off on my own.’

Kelly expressed her concerns about Tammy’s plans, questioning if she was really ready to go home and ‘face all the temptations’ without any support.

She insisted she was sure, adding in a confessional: ‘I know I’m supposed to lose pounds, but 60lbs is great a start…

‘I’ve been here long enough, I’ve seen what to do. I just gotta do it.’

1000lb Sisters airs on TLC in the US and is available to stream on Discovery+.