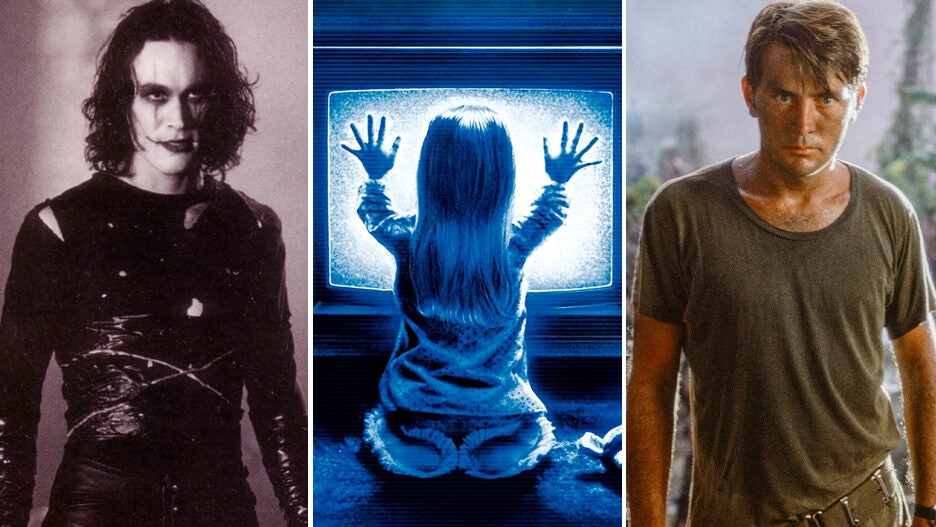 Happy Friday the 13th. Making movies proves that Murphy’s Law is a real and horrifying thing. These 13 films were struck by chaos, misfortune — and in some cases even death, during their production. Some became massive blunders while others became cult favorites famous for their notorious development.

“The Conqueror” is a whitewashed 1956 film with John Wayne as Genghis Khan. The film was shot at a location downwind from a nuclear testing site, causing dozens of crew members to eventually die of cancer.

During the filming of 1968’s “Rosemary’s Baby,” lead actress Mia Farrow received her divorce papers from Frank Sinatra. A few months after, director Roman Polanski lost his wife Sharon Tate when she was murdered by followers of Charles Manson.

“The Exorcist” is one of the most infamously cursed movies of all time. Nine people died during the shoot, and it is said that a fire destroyed large portions of the set, according to Entertainment Weekly. The story of the 1973 film’s production became the subject of an “E! True Hollywood Story” episode.

No one was seriously hurt during filming of 1976’s “The Omen,” but chaos seemed to surround everyone involved. Star Gregory Peck and screenwriter David Seltzer had their flights struck by lightning on way to filming. Director Richard Donner’s hotel was bombed by the IRA. And members of the crew were caught in a car crash.

The horror! Francis Ford Coppola was tempting fate when he decided to film “Apocalypse Now” during monsoon season. Big mistake. The monsoon destroyed multiple sets, Martin Sheen suffered a heart attack during filming, and Coppola was so stressed that he suffered a seizure, according to The Independent. “Apocalypse Now” (1979) turned out to be a masterpiece anyway, but the documentary “Hearts of Darkness: A Filmmaker’s Apocalypse” about its making is just as engrossing.

Dysentery. Injuries. Fights among the crew. Nothing seemed to go right during the filming of 1982’s “Fitzcarraldo.” The story concerns hauling a boat over a hill, which the crew literally accomplished, but not without the same nightmarish difficulty as is depicted in the film. And in the end, director Werner Herzog looked as mad and overly driven as its hero. Check out the documentary “Burden of Dreams” for more.

Over the course of the original Poltergeist trilogy, several cast members died tragically. In 1982, 22-year-old Dominique Dunne was murdered by her boyfriend shortly after the release of the first film. Six years later, 12-year-old Heather O’Rourke died of septic shock before the third movie was released.

Vic Morrow and two child actors were killed during filming of 1983’s “Twilight Zone: The Movie” when a helicopter crashed during a Vietnam flashback scene, leading to major changes in the way movies were made.

Comic book movie fans may know about the “Superman Curse,” which is said to afflict multiple actors involved in Superman films. Christopher Reeve was paralyzed following a horse accident. And Margot Kidder, who played Lois opposite Reeve, suffered from bipolar disorder, according to TCM.

Brandon Lee, the star of 1994’s “The Crow,” was killed during filming when a prop gun wasn’t loaded properly, according to the Los Angeles Times. When the gun fired, a piece of shell casing struck his chest and killed him instantly.

The 1995 dystopian action film “Waterworld” was under stormy weather from the beginning. A hurricane destroyed one of the film’s multi-million-dollar sets and nearly killed Kevin Costner, according to Yahoo. In an interview with A.V. Club, Joss Whedon called rewriting the script “seven weeks of hell.” Still, this film’s curse is tame compared to those of the rest on this list.

“The Lord of the Rings: The Two Towers”

Bad luck ran amok in Middle Earth during the filming of 2002’s “The Lord of the Rings: The Two Towers.” DVD interviews revealed that multiple actors and stuntmen suffered injuries while shooting the film’s elaborate fight sequences. The worst was Viggo Mortensen, who broke his toe and chipped his tooth while filming.

“Atuk” is a movie so cursed that it never got made. The project, based on a 1963 Mordecai Richler novel about an Eskimo in New York, had four different men attached to play the lead while in development hell through the 1970s and ’80s: John Belushi, Sam Kinison, John Candy and Chris Farley (pictured). All four died shortly after entering negotiations to be in the film.