It seems no one is safe from Hollywood’s ridiculous critiques 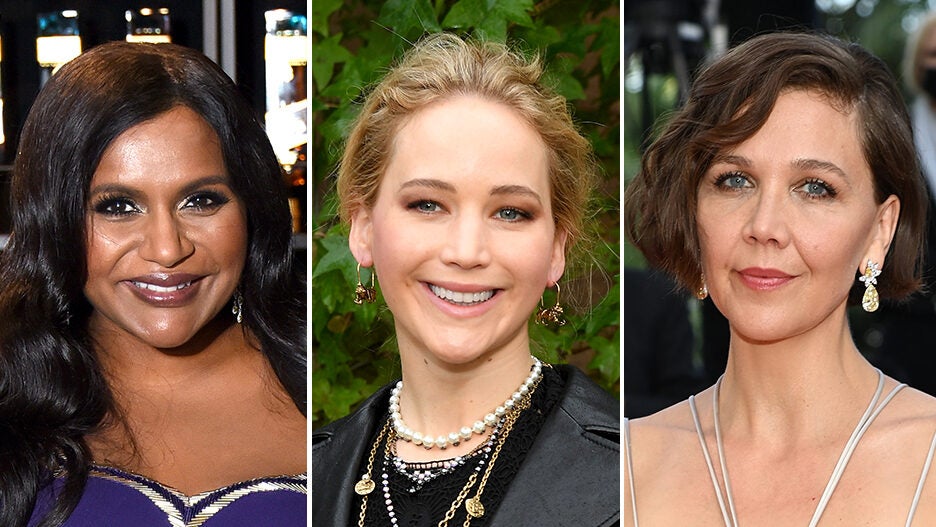 Here are 18 gorgeous women who have been told they were either too fat or too old to play a certain role.

“Fargo” actress Mary Elizabeth Winstead told TheWrap about an audition in which a director — one who had apparently never encountered a normal, healthy human being before — accused the North Carolina-born actress of eating a lot of “Southern fried cooking.” She wasn’t shocked, she said, because he was known as a bit of a misogynist.

The “Pretty Little Liars” star has been called “too fat” for certain roles and has voiced that although she’s happy with how she looks, sometimes she feels pressure to be skinny in order to get work. In an interview with Health magazine, Benson said: “I get told all the time to lose weight. I got that a month ago. It’s just weird. With my stuff recently, it’s been, ‘You have to be skin and bones or you’re not getting it.’ There was a point where it was getting to where a size 2 was great. I’m a size 2, but… I think that all of these sizes are healthy.”

The actress told Vulture that she was once “too old” for a role. “I remember somebody saying to me that I was too old for Hugh Grant, who’s like a year younger than me, in ‘Sense and Sensibility.’ I said, ‘Do you want to go take a flying leap?’”

“Chicago” actress revealed that she was told she was too old for Andrew Lloyd Webber’s show “Aspects of Love” — at just 19 years old.

The “Glee” star opened up on a 2012 episode of MTV’s “How I Made It” and revealed that industry professionals have told her she should “lose a little weight.” She added that she had been offered roles based on stereotypes, such as a suicidal person, making Hollywood “a very hard place to be in.”

Olivia Wilde auditioned for a role in “Wolf of Wall Street” in 2012 but was rejected because she was considered too old at the age of 28. “The funniest thing I heard recently was I had heard for a part that I was too sophisticated. I was like, ‘Oh, that sounds nice.’ I like that feedback. I didn’t get the part, but I’m a very sophisticated person,” she said. “And then I found out later that they actually said ‘old.’” The role later went to Margot Robbie, who was 22 at the time.

In 2013, the “Mamma Mia” actress tweeted that she “almost lost out on several roles in my career because I was overweight. Wrong, America.” In 2010, she revealed that she had to work out, otherwise she probably wouldn’t have gotten the lead in “Mamma Mia.” “If I didn’t run and work out, there’s no way I would be this thin,” she told Glamour magazine in 2010. “But I have to stay in shape because I’m an actress. It’s f–ked up and it’s twisted, but I wouldn’t get the roles otherwise. If I’d been a bit bigger, I don’t think they would have cast me for ‘Mamma Mia.'”

The “Charmed” star clapped back at comedian Jay Mohr after he joked about her weight after pregnancy, saying, “So sorry you felt the need to publicly fat-shame me. Be well and God Bless. Please send my love to your beautiful wife.”

Though audiences may remember Streep’s turn as an evil witch in 2014’s “Into the Woods,” the actress recalled offers for crone roles starting in 1989 — the year she turned 40. “When I was 40, I was offered three witch [roles]. I was not offered any female adventurers or love interests or heroes or demons,” she told People. “I was offered witches because I was ‘old’ at 40.” Since turning the big 4-0, Streep has been nominated for 14 Academy Awards and taken home three — none of which involved bubbling cauldrons or flying broomsticks.

The “Precious” star received hateful comments regarding her weight in her 2014 Golden Globes gown. Sidibe brushed off these comments in a tweet, saying, “To people making mean comments about my GG pics, I mos def cried about it on that private jet on my way to my dream job last night. #JK.”

The “Kick-Ass” star told Variety that when she was 15, an actor a few years older volunteered, “I’d never date you in real life.”

That’s okay — maybe she didn’t want to date a jerk.

Before she became a staff writer on “The Office,” Kaling said she and her writing partner were required to audition to play themselves on a sketch show — and were denied the roles. “We were not considered attractive or funny enough to play ourselves,” Kaling told The Guardian in 2014. “‘The Office’ went on to be one of NBC’s most hit shows in years. I feel like karmically, I was vindicated, but at the time it felt terrible.”

Amy Schumer said she was shamed into slimming down for her hit movie, “Trainwreck.”

“The only change was that it was explained to me before I did that movie [‘Trainwreck’] that if you weigh over 140 pounds as a woman in Hollywood, if you’re on the screen it will hurt people’s eyes,” she said during a appearance on “The Jonathan Ross Show” in September 2016.

“I didn’t know that, so I lost some weight to do that, but never again,” she added.

Romola Garai, who stars on the BBC drama “The Hour,” said her size 10 figure is not acceptable by Hollywood’s standards and has refused to do any magazine work because she is routinely airbrushed and trimmed down. “There’s no way I could ring up a company that was lending me a red carpet dress and say, ‘Do you have it in a 10?’ the actress told The Telegraph. “Because all the press samples are an eight — I would say a small eight. If you want the profile, you have to lose the weight.”

In an interview with Glamour UK, Hathaway said, “When I was in my early twenties, parts would be written for women in their fifties and I would get them. And now I’m in my early thirties and I’m like, ‘Why did that 24-year-old get that part?’”