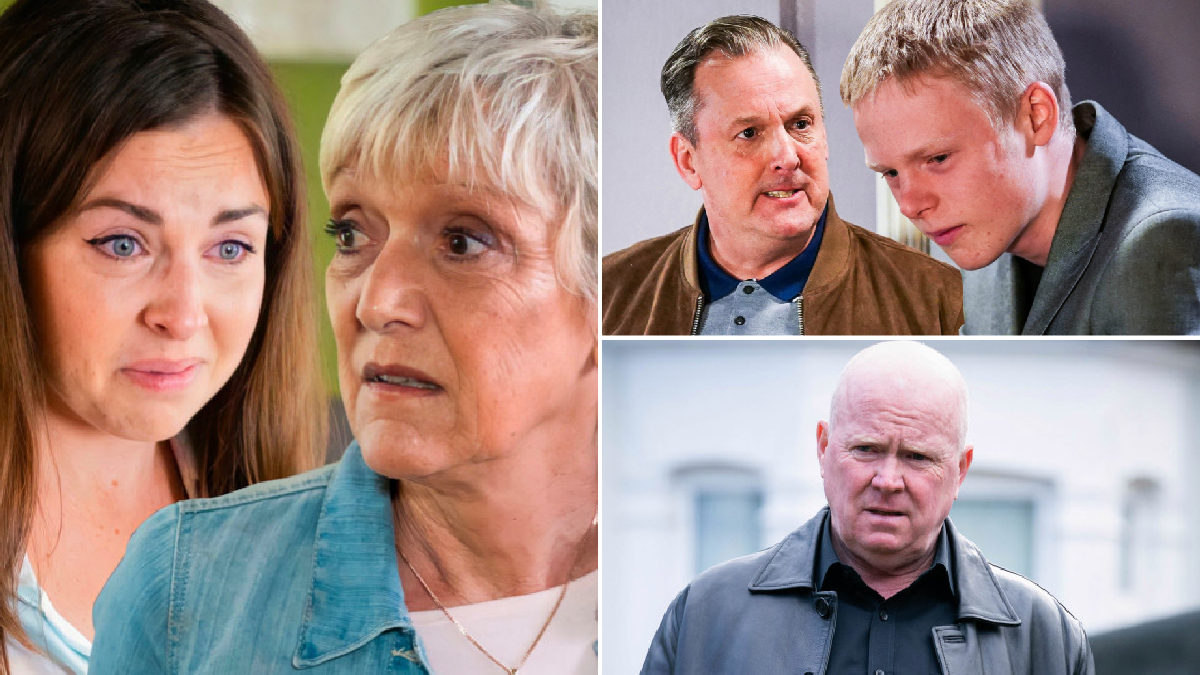 Ruby Allen (Louisa Lytton) struggles to live with the guilt of what she did to former best mate Stacey Slater (Lacey Turner) and therefore, in EastEnders next week, she makes a shocking confession!

How will Jean Slater (Gillian Wright) react to what the nightclub owner has to say?

Bobby Beale (Clay Milner Russell), meanwhile, invites Dana Monroe (Barbara Smith) to mosque, and attempts to convince her that they should tell Harvey (Ross Boatman) the truth about him, but the choice is soon taken out of his hands, as Terry ‘Rocky’ Cant (Brian Coney) tells Harvey everything!

Harvey is livid, while Kathy Beale (Gillian Taylforth) is fuming with Terry for breaking her grandson’s trust.

It’s all kicking off in Albert Square next week, and if you’d like a little taste of what’s to come, then check out our first-look gallery below.

EastEnders airs these scenes w/c Monday August 9 at 8:05pm on BBC One.