The Oscar winner’s process has seen him send mice to castmates, all in the name of getting into character 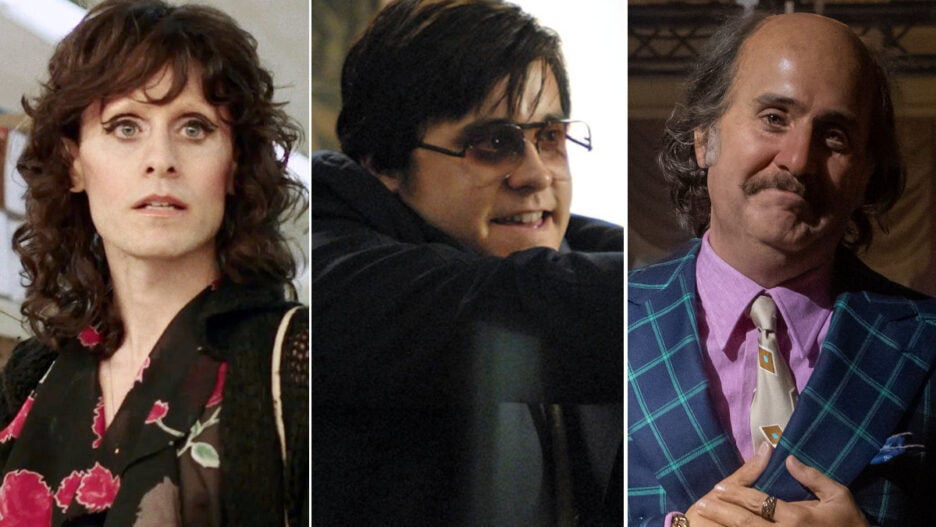 Jared Leto is far from the first actor to put forward the idea that he pushes himself to the limits for a role, but he’s certainly been making plenty of waves during his 25-year career.

Method acting gave us some of the most iconic performances from the likes of Marlon Brando, Dustin Hoffman and Robert De Niro, and while as of late it’s been used loosely as a catch-all for actors who physically transform themselves for a role, Leto can fairly be categorized as someone who embodies the Method technique given his rather extreme off-camera behavior that has impacted his work onscreen. This runs the gamut from sending lewd gifts to his castmates to embody the mindset of The Joker to (wink, wink) snorting arrabiata sauce to fully inhabit the life of an Italian fashion family.

Below, we run down some of the most noteworthy extremes Leto went to in order to capture his performance onscreen.

“Requiem for a Dream”

For filmmaker Darren Aronofsky’s breakthrough 2000 film “Requiem for a Dream,” in which Leto plays a heroin addict, Leto dropped 28 pounds, lived on the streets of New York and refrained from having sex to make his onscreen cravings that much more realistic. “I was in a constant state of hunger like my character,” Leto told the BBC. “I was miserable. It was a painful, dark place, but it was rewarding.”

For the 2007 film “Chapter 27” in which Leto played John Lennon assassin Mark David Chapman, the actor bulked up and gained 67 pounds. The weight gain gave the actor gout and put him in a wheelchair. “”I couldn’t walk for long distances,” he told Digital Spy. “I had a wheelchair because it was so painful. My body was in shock from the amount of weight I gained.” Ultimately, Leto regretted the experience and said he’d never gain that much weight again. And he didn’t… he went in the opposite direction.

Leto won the Best Supporting Actor Oscar for his role as Rayon in 2013’s “Dallas Buyers Club,” but for all intents and purposes his co-stars didn’t meet him until after the shoot had ended. Leto dropped 30 pounds to play the transgender character opposite Matthew McConaughey (who also dropped weight and won an Oscar for his role), but Leto stayed in character even when the cameras stopped rolling for the duration of the shoot.

Leto followed in the footsteps of Jack Nicholson and Heath Ledger by playing The Joker in 2016’s “Suicide Squad,” but just because the film was a comic book adaptation didn’t mean Leto was going to leave his intense commitment to character at the door. Leto sequestered himself from the rest of the cast and claimed that he sent anal beads and used condoms to co-stars like Will Smith and Margot Robbie to further play up the dynamic of The Joker, before later walking back those comments. In 2021, he told EW that “any of the very few gifts that were ever given were given with a spirit of fun and adventure and received with laughter, fun, and adventure” before adding ”I’m an artist at the end of the day. If I do something risky and you don’t like it, basically, you can kiss my ass.”

For his small but key role in the 2017 sequel “Blade Runner 2049,” Leto blinded himself to further inhabit the part of the blind Niander Wallace. The actor wore special contact lenses for the role, and his presence moved director Denis Villeneuve to tears. “He was walking with an assistant, very slowly,” Villeneuve told the Wall Street Journal. “It was like seeing Jesus walking into a temple. Everybody became super silent, and there weas a kind of sacred moment. Everyone was in awe.”

For the 2021 film “The Little Things,” Leto’s co-star Denzel Washington claims he didn’t go method this time around, telling USA Today “He didn’t do any of that with me. Nah. He’d have been paid a visit. That wouldn’t happen.” But Leto did physically transform himself to play a character suspected of being a murderer, wearing a prosthetic nose and teeth and even adopting a creepy little walk.

And in Leto’s latest film, “House of Gucci,” in which he’s nearly unrecognizable as family outcast Paolo Gucci, the actor says he went to great lengths to get into character. “I did it all,” Leto told i-D magazine. “I was snorting lines of arrabbiata sauce by the middle of this movie. I had olive oil for blood. This was a deep dive I did.” Whether we take Leto at his word or if he’s meant to be exaggerating, response to the film makes clear that he swung for the fences with this one. And really, in looking back on his career thus far, would snorting pasta sauce be the weirdest thing he’s done for a role?