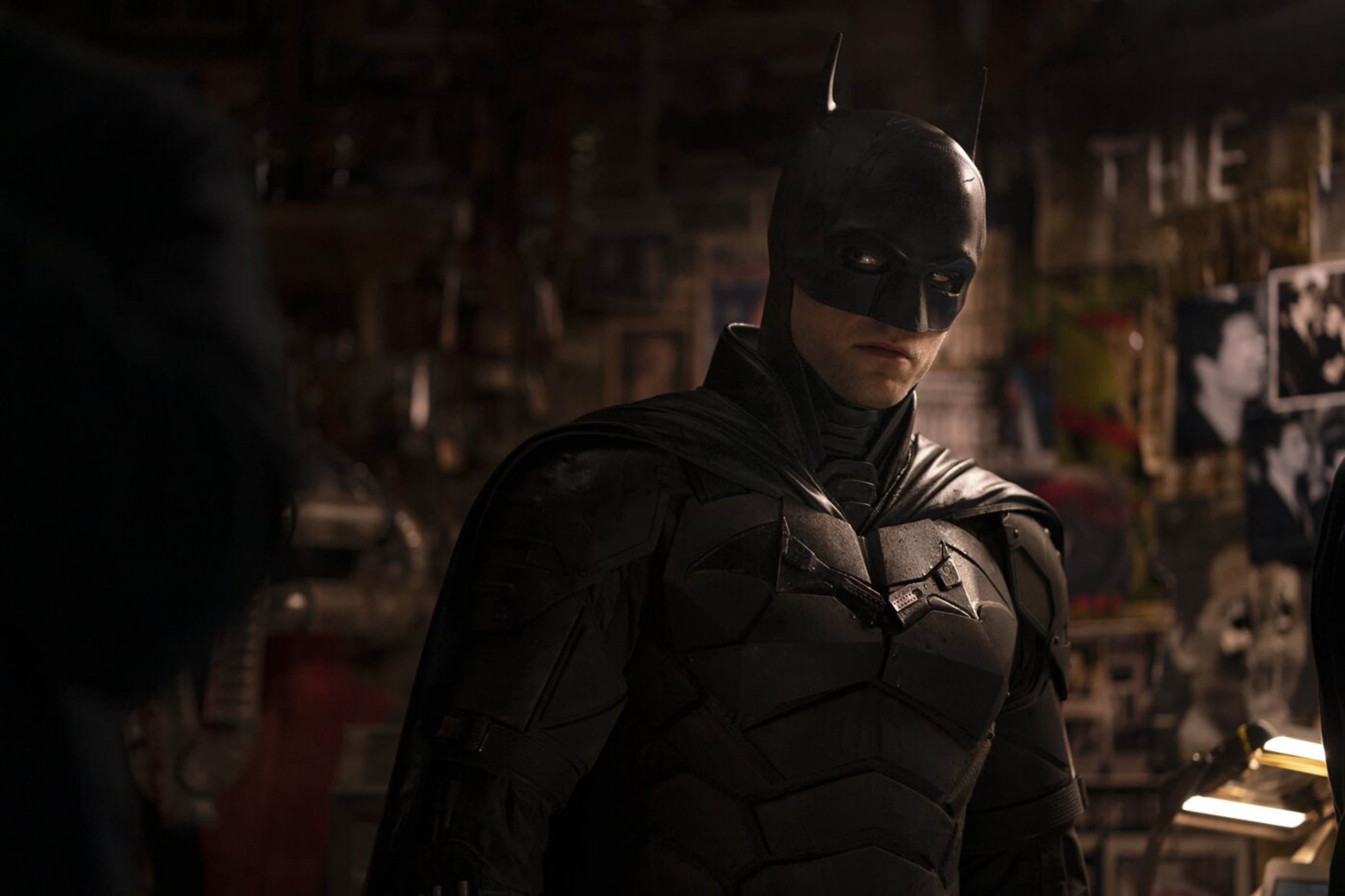 Batman is probably the one superhero who can get away with taking himself seriously – not only did he witness his parents’ murder as a child, but he doesn’t even have any superpowers, he’s just a man in a costume fighting crime.

He’s arguably the only comic book hero rooted in reality, and his various screen incarnations are often as dark as the crime-ridden Gotham he protects.

But despite that, he still has hordes of young fans. Fans that will be barred from seeing the new film because of its 15 rating.

The blockbuster is set to be the biggest release of the year and the British Board Of Film Classification have classified it 15 for ‘strong threat, violence’, a decision out of step with every past Batman movie.

Perhaps the film is slightly too much for the 12A certificate, but does it really need a restrictive 15?

Surely some middle ground can be found.

Tim Burton’s Batman in 1989 was the first major film outing for the character, and it was pitched at young teens and older, receiving an appropriate PG-13 rating in the US – unrestricted, but recommended for ages 13 and above.

In the UK, however, there was only the U, PG, 15 and 18 certificates at the time, and with the film too dark and menacing for the PG but too hugely appealing to younger teens for the 15, the British Board Of Film Classification recognised the need for some middle ground and introduced a new 12 rating.

That 12 certificate was introduced for cinema only – the BBFC were very concerned in the 80s about underage viewing with videos at home still being a novelty, and wanted the new cert to be just for cinemas. So on video Batman had to be a 15, as did the 1992 sequel Batman Returns.

Ten years later, Spider-Man made the leap to the big screen, and his film pushed the limits of the 12 certificate.

It had been heavily marketed at children – not just young teens, actual children – with a mass of merchandise and advertising very squarely targeting the primary school crowd.

Anticipating a PG certificate, the studio was duly informed it was actually a borderline 15.

Seeking a compromise, as they had with Batman, the BBFC trialled a PG-12 certificate in some areas of the country, allowing children accompanied by an adult to see Spider-Man in action.

The overwhelming response was very positive, and the rejigged 12A certificate was introduced.

I believe that a 15A certificate in time for The Batman’s release would be similarly well-received.

When British director Christopher Nolan rebooted Batman in 2005’s Batman Begins, the 12A was well established and perfectly suited to the film – like Burton’s, a dark, sometimes scary adaptation, but not unsuitable for pre-teens.

Nolan’s sequel, 2008’s The Dark Knight, was an even grittier affair.

The film features the late Heath Ledger as The Joker tearing through Gotham City – and the faces of some unlucky victims – with his heavily-brandished knife and his clown mask-wearing goons.

The BBFC gave the film a 12A, recognising it could be too much for younger viewers but not needing the restriction of 15.

Some sections of the media and even MPs didn’t feel the same way, and the BBFC were castigated for giving the film a 12A, with the film’s frequent threat and horror.

Swathes of the public agreed – The Dark Knight was the BBFC’s most complained-about film of 2008, but that didn’t stop it becoming the second-highest grossing film of the year.

I think there would’ve been countless complaints from 12 to 14 year olds had it been classified too high at 15, and now it’s widely considered that the 12A actually was the right decision.

In Ireland, The Dark Knight was classified 15A – they have both 12A and 15A certs, as well as a 16. Younger viewers could still see the film, just with the accompaniment of an adult.

Maybe a 15A certificate in the UK could have saved a lot of trouble – as kids could’ve still seen it, and 15A rather than 12A would’ve given a better indication of the intense content.

Now, The Batman is just around the corner. The film again promises to be dark and gritty, with one crucial difference – the 15 certificate.

I’ve spent 15 years researching and studying the BBFC, and film classification/censorship in general – and I very rarely disagree with the BBFC, however, I sincerely believe releasing The Batman as a 15 is a mistake.

The BBFC is still mocked for their decision to classify Gremlins 15, and that was nearly 40 years ago.

As it stands, a large chunk of Batman’s fanbase can’t see his latest outing. Well, not in mainland Britain – in Ireland, The Batman has been classified 15A, just like Dark Knight was.

It’s a PG-13 in the States and I believe it’s time for a 15A certificate over here too.

The BBFC claims that the public doesn’t want a 15A –  but I think this is untrue, and a quick Twitter search proves it.

Whenever a big 15 film with significant appeal to under 15s is released, the BBFC’s social accounts are inundated with complaints from both young teens wanting to see it and parents who want to take their under 15s.

The award-winning WW1 drama 1917 was classified 15, as was the moving WWII documentary They Shall Not Grow Old, yet both could’ve been massively useful viewing for 12-14 year olds studying the wars at school, and many parents wanted to take their older children but couldn’t.

These films would benefit perfectly from a 15A certificate – a warning that the content is somewhat stronger than you’d get at 12A though quite possibly still OK for that age group with parental supervision.

I’m not suggesting that we replace the existing 15 cert with 15A though. My proposal is that a special 15A cert is introduced for cinema only, alongside the restricted 15.

It would be used just a handful of times a year – for films like 1917, Venom and yes, The Batman.

The BBFC is clearly dedicated to helping filmmakers achieve the certificate best for their film’s target audience.

But this film is targeted at young Batman fans just as much as older fans, so why are the BBFC now seemingly refusing to progress like they did with previous superhero films?

The time called for change then, and they responded appropriately – now they’re doing the opposite.

In 2022, children and young teens are literally seconds, a few taps on a screen away from accessing the most disturbing, horrific content imaginable online.

But parents and their children generally have the knowledge and the sense to view only what’s right for them, so surely the same can be applied to films at the cinema.

The BBFC is already well behind many other western countries, yet they show no intention of changing – and I don’t understand why.

They’ve been willing to on numerous occasions in the past, but refuse to now.

Batman himself might not be changing, but it’s absolutely time for the BBFC to.