A Place in the Sun buyer Maureen asked Scarlette Douglas to find her a property in the town of Mojacar on the Costa Algeria, Spain after holidaying there for nearly 30 years. Maureen recently lost her husband Ian and was brought to tears when the Channel 4 expert questioned whether the couple had looked at a particular townhouse Maureen had set her heart on together.

After the death of her husband, Maureen decided it was the right time to retire to Mojacar permanently.

She brought brother-in-law Dave along for advice and revealed he would help her make a practical choice.

Scarlette was tasked with finding a two-bedroom property with a terrace and sea views for £90,000.

Maureen wasn’t too impressed with the first property and felt the living space was too small.

Read more: A Place In The Sun host struck down with illness days into filming 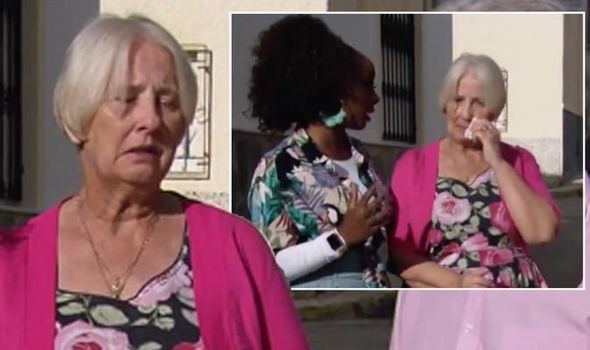 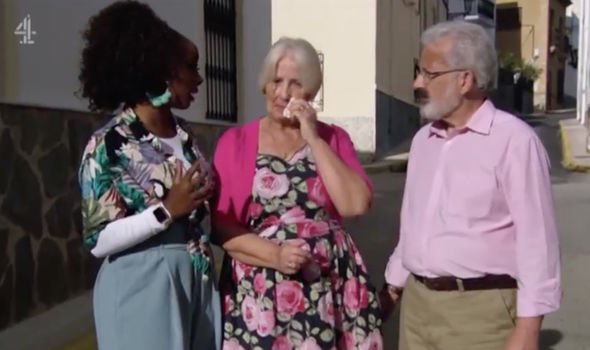 Although the retiree would be making the big move on her own, she wanted enough space for when her family visited.

The pair were next shown a three-bed townhouse in Turre which seemed to tick all the boxes.

Maureen said: “This feels more like a home whereas the first apartment seemed fine for a holiday let. But this feels more permanent, does that sound daft?”

“No,” Scarlette reassured. “This sounds like this could be your forever home.” 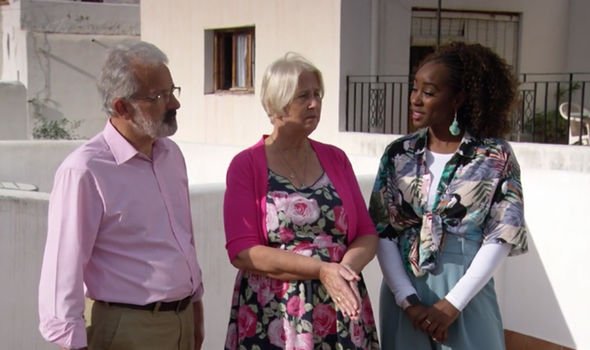 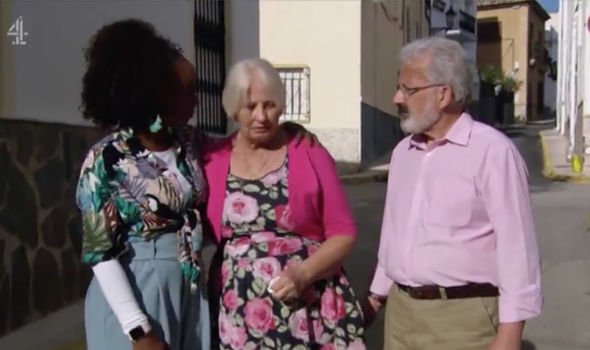 Maureen then asked: “I’ve been looking at property for a year now. If it’s at all possible I’d like to see that one next.”

Scarlette agreed and added: “It’s always important to see properties in the flesh.”

Once they had arrived at the five-bed townhouse in Turre, Maureen remarked: “I hope I’m not disappointed when I get inside.”

“Remember this is property number three, if this isn’t right I will do my best to find you what you’re looking for,” Scarlette said.

Maureen and her husband had been thinking about moving to Mojacar after holidaying there for years but after Ian’s death, Maureen decided it was the right place to move for a fresh start.

“Is it something you’ve been looking at before with Ian?” Scarlette asked.

Breaking down in tears, Maureen said: “I did show Ian this but it’s difficult. I couldn’t be too enthusiastic about moving out here while there was a question mark hanging over his health.”

“But by the sound of things Maureen he wanted you to do this regardless and be here and have the chapter for you,” Scarlette replied.

“We can see how important this is to you and we’re going to try and find the right property for you that will help you and set you off on your next chapter.”

Maureen fell in love with the townhouse but was sceptical about living away from Mojacar.

At the end of the search, Maureen was torn between the townhouse she had been keeping an eye for a year and a two-bed apartment in Mojacar.

The retiree explained she needed more time to decide whether living in Mojacar or moving to a bigger property in Turre was more important to her.

A Place in the Sun airs weekdays on Channel 4 at 3pm.