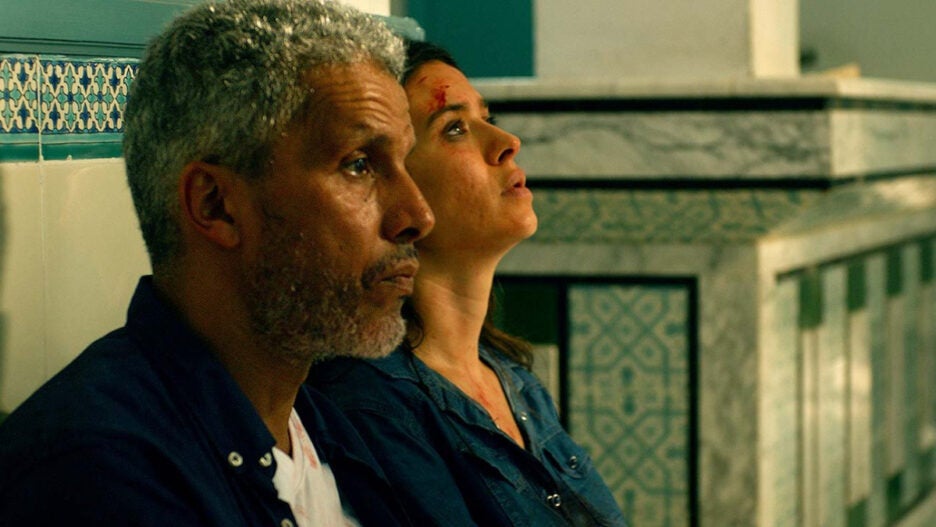 A stunning debut and a piercing experience, Mehdi Barsaoui’s Tunisian drama “A Son” stands soundly on its own while recollecting the work of acclaimed auteurs like Iranian director Asghar Farhadi.

Both filmmakers explore the morality of a scenario from every side, testing our assumptions and resisting the urge to cast characters as simple heroes or villains. Unlike the Oscar-nominated Farhadi, Barsaoui (who also wrote the screenplay) has never made a feature before. Were this his fifth film, it would be an impressive accomplishment. As his first, it’s remarkable.

The story begins in 2011 with an outdoor party thrown by Fares (Sami Bouajila, “Days of Glory”) for his wife, Meriem (Najla Ben Abdallah). The couple and their friends are so happy, and the park setting so beautiful, that we can’t help feeling an ominous shadow hovering in the distance. Although the partygoers are bathed in light, the rumbles of Middle Eastern politics and a recent Tunisian revolution surround their bubble. Indeed, as the family is driving through the scenic landscape of Tataouine (yes, the one that inspired George Lucas), they get caught in a terrifying rebel gunfight that critically injures their 10-year-old son, Aziz (Youssef Khemiri). 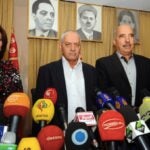 Another life-changing shock is waiting for them at the hospital, delivered with apologetic discomfort by Dr. Dhaoui (Noomen Hamda). Aziz needs a liver transplant to survive, and according to Tunisian law, only blood relatives can freely donate an organ. But somehow, neither parent is a match.

From this fraught discovery, all the adults — Fares and Meriem, but also Dr Dhaoui and Mr. Chokri (Slah Msadek), a black-market organ donor — retreat into their own storylines. Barsaoui doesn’t handle this the way most filmmakers might, by separating them, giving us back story, or following their individual paths. Instead he handles each thread as lightly as possible, braiding them in and out so we can see how the slightest actions and emotions of one person indelibly impact the rest.

The other main character, referred to repeatedly, is “the law.” Free will is molded, distorted, and often destroyed by the faceless humans who decide how their fellow citizens will live, under both legal obligation and social mores. Fares is as unlucky as Meriem, but even as her son may be dying, she has to carry the added burdens of judgment, dismissal, and double standards. Bouajila, one of France’s most celebrated actors, won a César for his layered performance. But Ben Abdallah, who is little-known outside her native Tunisia, is equally outstanding.

Very often, the heavier the material, the heavier the hand that shapes it. “A Son” is unusual in how much is left unsaid and yet clearly understood. The crushing impacts of politics, patriarchy, religion, and culture are ever-present but rarely acknowledged. Notions of liberalism and modernity, particularly in the Middle East, are anatomized without conclusion. A jarring plotline straight out of a horror movie is told through quick glances that shift before we’ve even caught our breath.

Antoine Héberlé’s camera watches Fares, Meriem, and Aziz more and more closely, even as they pull, and are pulled, further away from each other. Shot in anamorphic, with long, silent scenes backed only by Amin Bouhafa’s haunting score, there is not a spare word or wasted image in the 92-minute running time. It should be said that this is not an easy watch, by any means. But it would be fair to call it a revelatory one.