Abandoned puts Emma Roberts, John Gallagher Jr., and Michael Shannon at the center of every horror movie trope and for that reason, we’re giving it a two star review. From director Spencer Squire, the suspense movie tells a familiar story without giving fans anything new to fawn over.

Stop us if you’ve heard this one before. New parents decide to move into a house for a fresh start, but what they find is the opposite. That’s what happens in Abandoned. 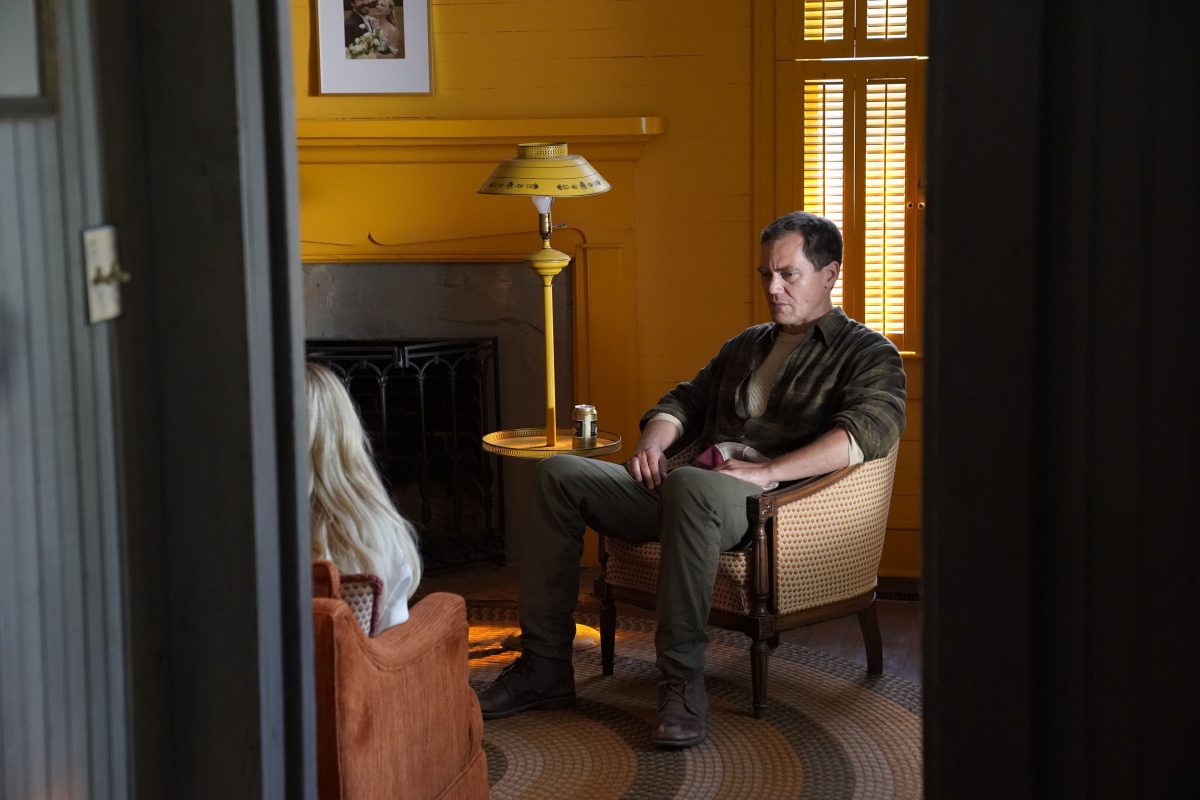 Abandoned relies too heavily on Sara’s postpartum depression and a haunted house without genuinely connecting the two. Additionally, the movie wraps up in a way that lacks clarity regarding what happened to the former farmhouse family. There is little to no explanation about how Sara and her family resolve the spirits that once haunted their home.

Overall, Abandoned feels confused about the kind of movie it wants to be. Had it leaned into the horror movie tropes without relying on Sara’s postpartum status and given more explanation about the previous family’s horror, this could have been an engaging thriller.

Similarly, if Abandoned solely leaned on Sara’s journey into motherhood, it could have been a compelling drama. Instead, it tried to meet both genres halfway and the execution displays that.

Emma Roberts, John Gallagher Jr., and Michael Shannon are the most substantial part of ‘Abandoned’

Our Abandoned movie review wouldn’t be complete without acknowledging the cast. While the storytelling might be disjointed, the talent in Abandoned isn’t lacking. Working with the material provided, American Horror Story‘s Roberts, Hush‘s Gallagher Jr., and Nine Perfect Strangers‘ Shannon tackle their roles with authenticity.

Sara’s internal struggle is palpable with just a twist of Roberts’ face. Gallagher Jr. lends his charm to the ever-positive Alex. Shannon, however little he is seen in this film, manages to creep us out and make us sympathize with him all the same. Still, these performances aren’t enough to make Abandoned compelling.