Sam (played by Megan Parkinson) found herself on the wrong side on the law as Ackley Bridge got underway tonight, finding herself taken away in handcuffs after she and Nas (Ashley-Leigh Hickman) robbed a store.

Nas was devastated she had landed a criminal record, whereas Sam was overjoyed as her return home in a police car seemed to be a mark of honour for her family.

Tasked with a greater feat by her wrongdoing mother Nadine Murgatroyd (Natalie Gavin) to rob the home of Ackley Bridge high school deputy head Martin Evershed (Robert James-Collier) the teenager found herself way out her depth.

As her guilt ate away at her on tonight’s episode of the Channel 4 drama, Sam hit out at Nas, who tried to make her see what she was doing for her mother was wrong.

I wasn’t expecting that

After also discovering Nadine had tried to flee the scene of the house robbery before Sam had even vacated the property, the school-girl admitted her guilt to Mr Evershed, who took pity on the teenager.

Trying to make amends for her actions, Sam tried to apologise to Nas and although she accepted the remorse, she ended up calling time on her relationship with the wannabe criminal.

With her life turned on its head, Sam was later seen visiting the police station, seemingly reporting her family for the attempted robbery of her school teacher’s home.

Viewers were shocked by Sam’s decision to admit her guilt to the authorities, with one posting on Twitter: “F*** what is she doing #ackleybridge.”

Another added: “Sam going to the police I wasn’t expecting that #ackleybridge,” with the repercussions of the teenagers decision becoming clear as the episode drew to a close.

Back at home after a turbulent day, Sam confronted her mother about her life of crime, with Nadine finally opening up about why she continuously offended. 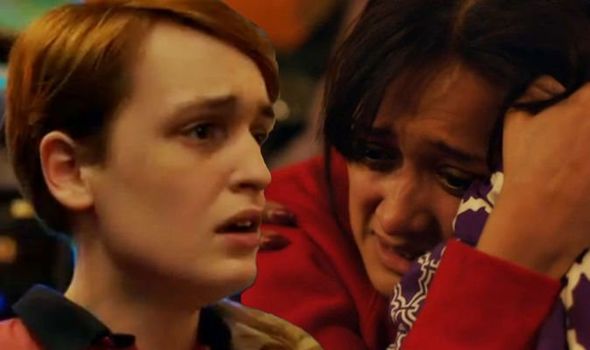 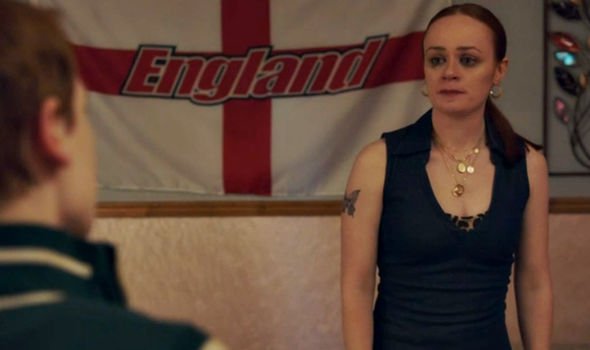 Realising the police would be soon be the door to arrest Nadine, Sam told her to go but her warning was too late as the authorities carted her mother off in handcuffs.

Sam was left in floods of tears as she was once again overwhelmed with guilt for possibly landing Nadine back behind bars after she was released from prison earlier this season.

As her actions dawn on her in upcoming scenes, could her betrayal towards her family and the breakdown of her relationship lead Sam to pack her bags and begin a new life elsewhere?

Nas Paracha star Amy-Leigh Hickman, 21, did hint at trouble for the young lovers when speaking to Express.co.uk ahead of the new season.

“Sam is in a school year behind her. Nas is thinking about going to university but she’s still got another year so for Sam, her life is in Ackley Bridge for the next couple of years,” the former EastEnders star explained. 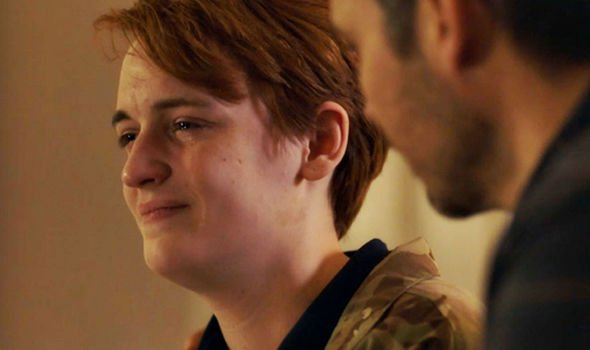 However, could Sam’s future also be somewhere away from Ackley Bridge, wanting a life free of crime which she wouldn’t get if she were to stay with her family?

Some viewers had been hoping tonight’s episode would see the arrival of head teacher Mandy Carter’s (Jo Joyner) baby as the character is now heavily pregnant.

One viewer posted on Twitter: “Is mandy’s baby just gonna appear or like is she actually gonna go into labour lol #ackleybridge.”

Another added: “Mandy looks like she’s about to pop. #AckleyBridge.”

The local academy trust have already introduced Mandy’s replacement Sian Oakes (Ty Glaser) but viewers will have to wait and see what she has planned for the school.