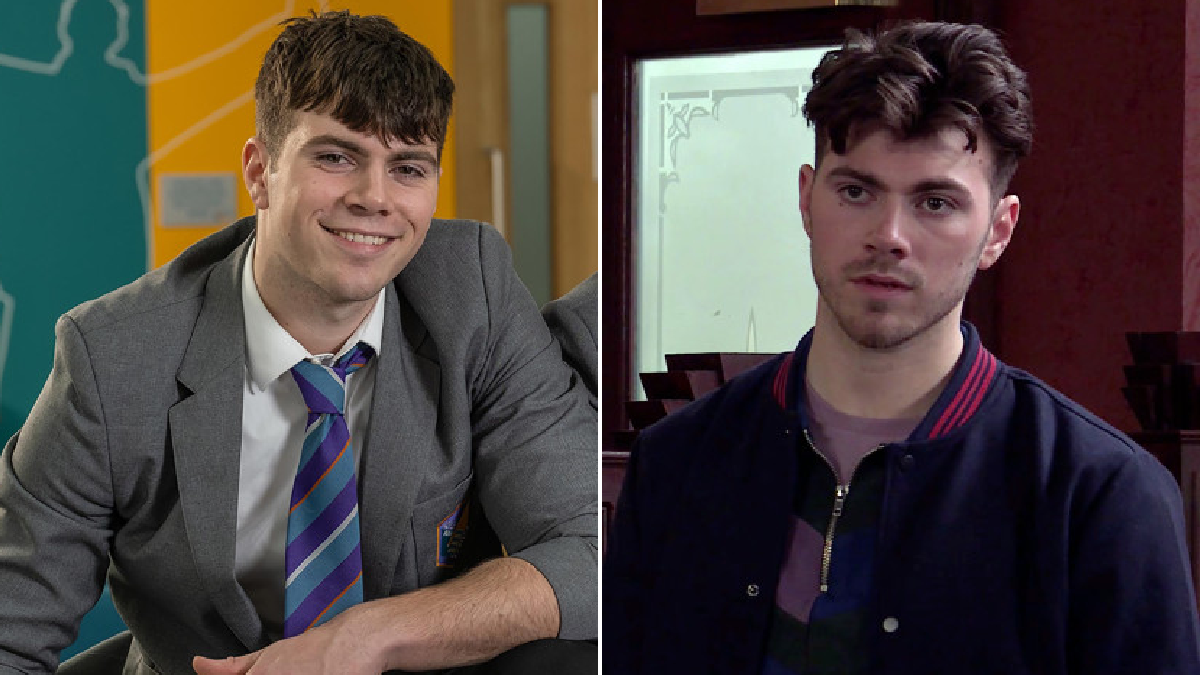 The actor, best known to audiences as Ackley’s Corey Wilson, will make his first appearance in the ITV soap next week as Curtis Delamere – a handsome young man who makes quite the impression on Emma Brooker (Alexandra Mardell).

Rover’s barmaid Emma is thrilled when dashing Curtis offers to help her move some barrels to the cellar.

It’s seemingly love at first sight – that is, until Steve McDonald (Simon Gregson) sees the pair enjoying a drink together, as it all goes a bit pear-shaped!

Steve, you see, has already crossed paths with Curtis, revealing that he knocked him off his bike during the charity fundraiser, which resulted in him coming last!

Steve is not one to hold a grudge, is he?

Uh, well not in this instance, at least, as he ultimately agrees to let bygones be bygones, and thus he give Curtis another chance.

Curtis apologises for his behaviour during the charity fundraiser, and – upon revealing that he’s got an interview for a job at the Bistro – Steve agrees to give him some pointers.

Will dashing Curtis prove to be the love of Emma’s life? We’ll have to wait and see!

He also appeared in Hollyoaks spin-off series Tom’s Life, as well as an episode of Casualty.

Sam’s first appearance in Coronation Street airs Monday May 24 at 7:30pm on ITV.