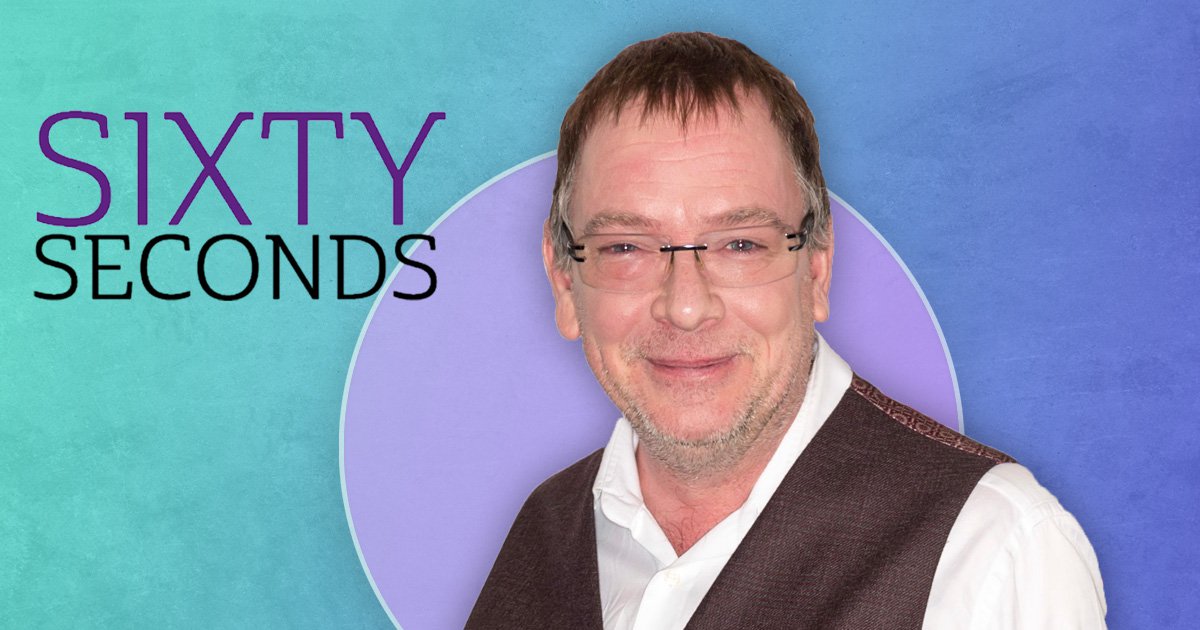 The EastEnders actor, 53, on his motorhome, making his own gin and leaving Albert Square to star on the stage.

How long are you going to be away from EastEnders?

I won’t be going back until this time next year at the absolute earliest. I’m committed to touring with Looking Good Dead until the end of October. I’m then going to America because my daughter is getting married.

Then hopefully we’re going to pick the tour up and do some of the venues that were originally planned but that we hadn’t managed to get to. That’s likely to be January to April. And EastEnders might not want me back!

We could get a new boss in who goes: ‘Beale’s gone, we don’t need him any more.’

You’re EastEnders’ longest-serving cast member. It must be a wrench to go…

I think even if I actually left, I’d still be part of the fabric. Ian will always be associated with the Square.

People still talk about Den and Angie, and they haven’t been on the programme in 32 years, so I think I will always be there in people’s minds.

What persuaded you to take a break?

I fancied doing this play. The producer had first spoken to me about doing another play based on a different Peter James novel. They’re good books.

You don’t get to have 18 best-sellers if you’re not any good at it. It’s a hell of a track record and the guy’s got a fantastic following.

How does it feel to be playing a different character after 36 years of Ian Beale?

Obviously there are similarities. In Looking Good Dead, Tom Bryce is a married man with kids, and he’s a businessman, but that’s where it ends. This character isn’t so much of a t**t!

That’s not a very flattering description…

You find me somebody who will describe Ian Beale in flattering terms. What I gave you was a very honest appraisal of his character.

It’s a murder mystery with a lot of twists and turns. My character, Tom, is a decent bloke who unwittingly, by trying to do the right thing, does the wrong thing and ends up in all sorts of trouble.

He’s on a train and sees a memory stick left behind. He brings it home and that’s where it all starts unravelling. He inadvertently becomes a witness to a murder.

Has lockdown held things up?

I’ve known that I was going to be in it since February 2020. We should have started this January but because of world events the opening was delayed to April. It was then delayed again to July so I’ve had six months off.

I’ve been driving all over England — Norfolk, Cambridgeshire, Devon, Dorset, Surrey and a little bit of Wales. I’ve been fishing and cycling and seeing old friends but I’m now ready to go back to work.

I want to do what I’ve done since I was nine years old.

Have you enjoyed life on the open road in your new motorhome?

I got it because I didn’t want to go in hotels on the tour. Not just because of Covid reasons — I’m not a great fan of hotels.

I’d rather have my own space. I looked into it and it worked out to be a fairly cost-effective way of doing it.

It ties in with my cycling. I can stick the bike on the back, park up the motorhome and cycle to the theatre.

Your co-star is Gaynor Faye of Emmerdale fame. Did you know each other before?

I had this conversation with my daughter, Jess, and she remembers meeting her when Gaynor did Dancing On Ice.

It’s the world of soaps — we’ve all met at some do or another but invariably there was too much alcohol involved and no one remembers.

Have you ever done any job other than acting?

Recently I was distilling gin. It didn’t quite go as it should have done. It’s on hold. At 16 I was a butcher. I’ve also dabbled in photography.

Could you ever be tempted to try any reality television?

I like cooking and I was on MasterChef. If they brought back Hell’s Kitchen, I’d be up for that. I liked the format — it was learning on the job.

It depends how long my break from EastEnders is. I’m enjoying the different style of working and the freedom. I’ve never been in this position before.

Do you have a dream role?

If Oliver! goes again, either in the West End or on tour, I’d love to play Fagin. I appeared at the National Theatre when I was 13.

The job before that was Oliver!, so it would be nice to go full circle, from being just in the gang as one of Fagin’s kids to being Fagin.

How to get your Metro newspaper fix

Metro newspaper is still available for you to pick up every weekday morning or you can download our app for all your favourite news, features, puzzles… and the exclusive evening edition!