Alex, 43, has been joined by Michael, 58, to present The One Show this week as the role of second host continues to change on a rotation basis. Before they even began speaking with guests on what was the theatre star’s last appearance on the BBC programme for the week, the hosts had to address how the singer wasn’t feeling too well. This led the mother-of-two to ask her co-star if he was actually going to make it to the end of the episode without walking off-set. 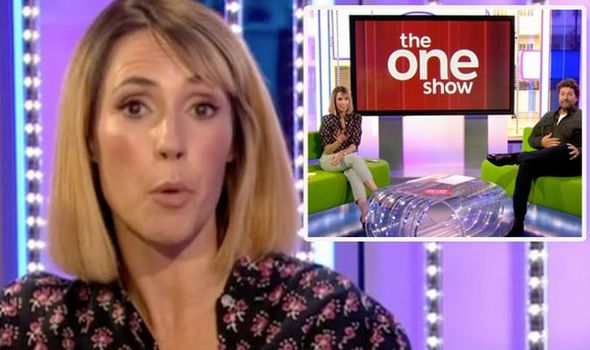 After introducing Michael as her co-host, Alex said: “He’s not feeling particularly well,” although he tried to state otherwise.

Explaining himself he told viewers: “I may have eaten something dodgy,” before the Welsh presenter jumped in.

“He’s a little bit clammy,” she added before asking the theatre star: “Will you make it to the end of the show?”

Admitting he was fine to continue, the mother-of-two joked the “antacid” was on its way.