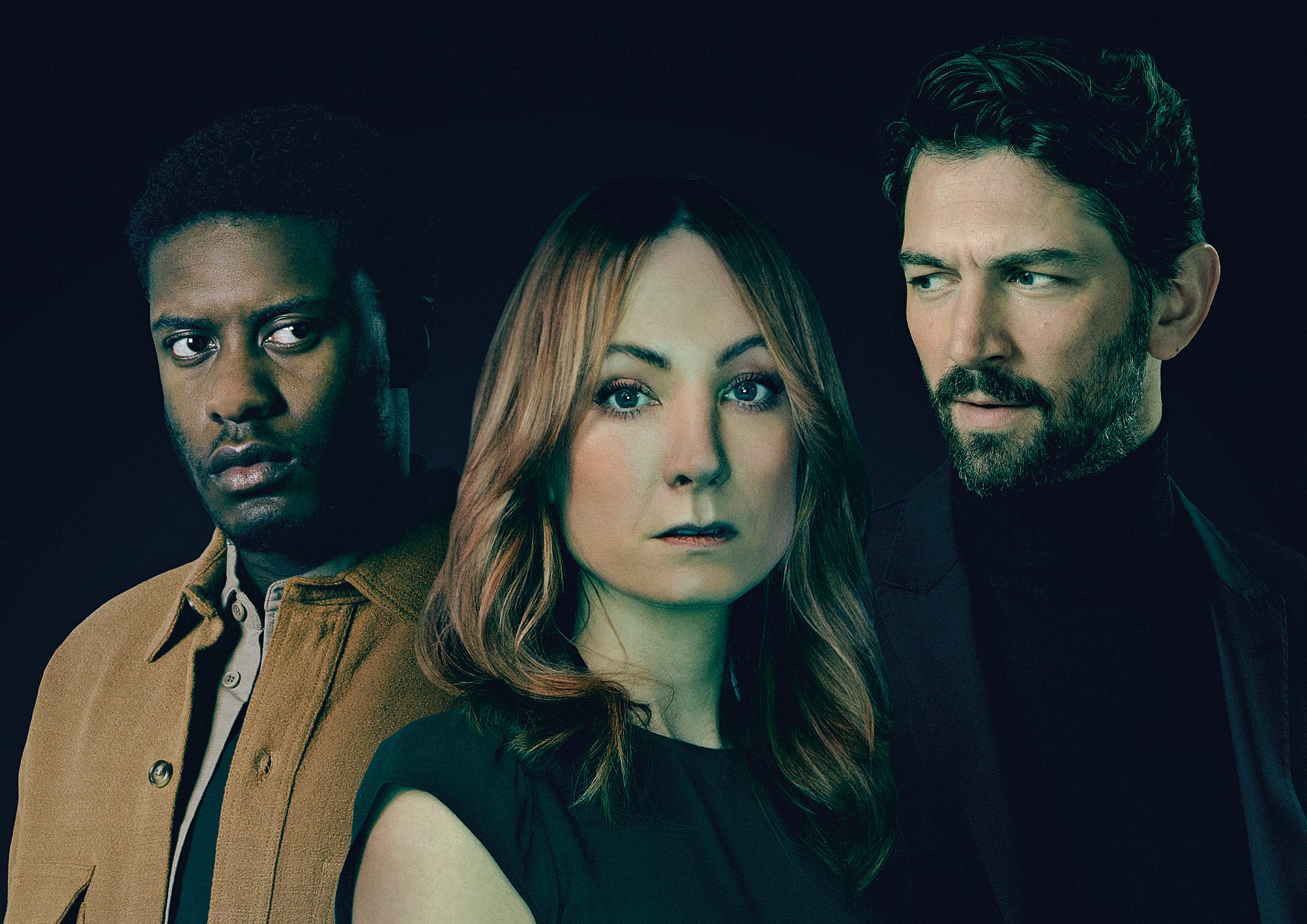 Angela Black viewers were shocked as the ITV drama’s first episode opened with a brutal domestic violence attack within the first few minutes.

Joanne Frogatt stars as the titular Angela, a woman with an idyllic home life and charismatic husband Olivier (Michiel Huisman) and their family on the surface – but it’s not long before cracks begin to form as viewers learn the truth.

The six-part drama makes for tough viewing as the depths of Olivier’s abuse is revealed.

However, viewers didn’t expect the difficult scenes to kick off so soon, with Olivier launching a horrific attack on Angela in the first five minutes.

The couple had just enjoyed a dinner at their home with friends but Olivier’s anger mounted once they had left and he questioned Angela about a comment she made during the get-together, which he didn’t like.

Most of the attack took place off-screen in the kitchen but Angela’s cries and Olivier’s taunts, as well as the sound effects of him striking her, could be heard. In one of the most heartbreaking moments, the camera then panned to Angela’s bloody tooth lying on the floor nearby after Olivier knocked it out during the attack.

‘Jesus feck christ waz not expecting  that so soon,’ another shocked viewer agreed.

One said: ‘Wow! So we’re going straight to it then.’

Others highlighted the importance of depicting how domestic violence happens behind closed doors, despite how hard it may be to watch.

‘It might be shocking…but it needs putting out there. Some people survive and get away, but many don’t. Awareness needs raising, and not just women, men go through it too,’ another viewer weighed in.

Later in the episode, Angela is seen arriving at work and explaining her bruised mouth away as her son accidentally hitting her in the face with a door.

After insisting she was ‘fine’, Ed warned her it would happen again.

Back at home, Angela packed her bags and walked out on Olivier while reminding him about his previous attack. ‘I couldn’t breathe because you fractured my fucjing ribs. You promised it would be different. Here we are four months later,’ she said.

Olivier insisted: ‘You know it’s not me, I lose control sometimes.’

It later emerged that Olivier wanted to divorce Angela and hired investigator Ed to dig up dirt on her. However, it looks as though the tables will turn on him.

If you are in immediate danger call 999. If you cannot talk, dial 55 and the operator will respond.

For free and confidential advice and support for women in London affected by abuse, you can call Solace on 0808 802 5565 or email [email protected]