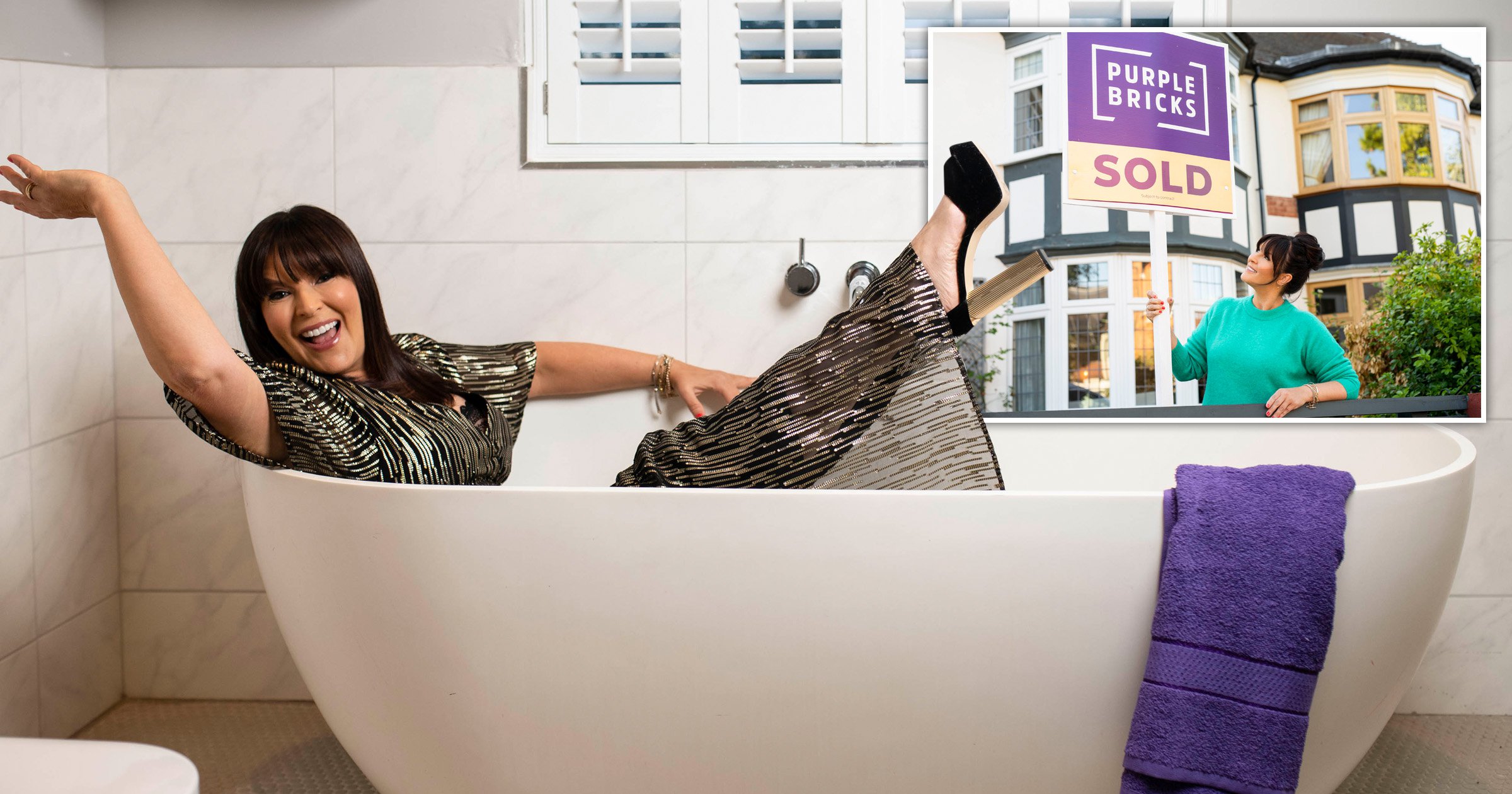 Anna Richardson might be the host of the hugely popular Changing Rooms after it returned after a 17-year break, but the presenter almost destroyed one of the makeovers by accident.

The host, 51, revealed she got on the wrong side of Laurence Llewelyn-Bowen when she tried to offer him a hand – but accidentally ended up ruining a carpet he’d just laid.

She told Metro.co.uk: ‘The whole of the team worked extraordinarily hard for at least 12 hours a day. What you get is a mixture of laughter, and then about 10 hours in you get tears, or somebody’s having a bit of a sense of humour failure.

‘There was a moment on camera actually, when we were in Devon, where I just stormed into Laurence’s room with a cup of coffee, put my coffee down and said, “Oh, can I help you?”, and then I booted it over on the new carpet.

‘There’s all kinds of little accidents and spills and tears and tantrums, but we always just have a laugh.’

It’s often the disaster moments that make Changing Rooms history, and Anna is not afraid of having another ‘teapot moment’ in series’ to come.

She joked: ‘I think if it comes back for a second series, I feel that we need to go bigger, and better and bolder, and sort of more horrific. That’s the way that I would be going I think. We want another teapot moment.

‘I think that will be our mission for series two, is that we destroy somebody’s priceless collection of something.’

While she might be overseeing some wild makeovers on Changing Rooms, Anna is not going to be inviting designers Laurence, Jordan Cluroe or Russell Whitehead over to her own house to give it a revamp.

Anna says: ‘The contestants know – or they should know – that they’re going to get something ghastly! I mean that’s how I look at it every day – I would go into the transformations I’d be like “oh my god I would not let Laurence Llewelyn-Bowen or Jordan and Russell loose on my house!”

‘I love the boys but there is no way any of them are coming into my house. I’m their worst nightmare because they take the p**s on the show about people that just like greige and that is me. My flat is literally white, and beige and grey. so I am their nightmare and they’re my nightmare as well.

‘So yeah, they’re not coming anywhere near my home. I would love to invite them round, but I know that they would walk in and just be like, “Oh, sweet mother of Christ. You have zero taste,” so I daren’t invite them because I am literally beige!’

Anna is putting her interiors experience to good use, however, as she has teamed up with Purplebricks to help homeowners create enticing TikTok videos to sell their homes.

She explains: ‘Purplebricks’ research has found that people make up their minds on a house in just 25 seconds on average – we take longer to decide what we want to eat or what to watch on TV.

‘So rather than just doing that really kind of boring video tour, it makes sense to then be able to do something very, very creative if you’re a vendor.

‘By using a platform like TikTok, which is very creative, you can make your own really interesting video to capture people’s attention. It gives everybody the chance to really show off their home and, let’s face it, we are a nation of show-offs on social media!’

When it comes to making a house look incredible ahead of a sale, Anna believes the small things make all the difference: ‘One of my massive bugbears, and I think everybody would probably feel the same way, is when you go into a house that is dirty.

‘There’s a reason that Marie Kondo has been such a huge success – getting rid of all your clutter and all your dirt makes such a difference when you haven’t just dropped your socks on the floor in the corner, or there’s a sneaky pair of pants in a photo.

‘When you walk into somebody’s home, it should be a reflection of who they are and if you want to show the best of yourself, you wouldn’t be showing your dirty knickers, would you? So that’s how your home should be. It should be clean and tidy and inviting and warm and nurturing.’

Anna Richardson launches a new initiative from estate agent Purplebricks which will see high-speed 25 second preview tours of new homes on TikTok, following the fastest property sales market in a decade and new research which reveals British homebuyers take an average of 25 seconds to decide whether a house is right for them during a property viewing.