But that’s not necessarily a poor tally for Daddy Warbucks

The sun came out for NBC’s “Annie Live!” Thursday, which drew 5.155 million total viewers last night, according to preliminary Nielsen numbers. That places the live musical ninth of out the 11 live-TV musicals from recent years. Its rating in the key demo of adults 18-49 puts “Annie Live!” dead last.

The “Annie” performance aired live for the east coast from 8 p.m. to 11 p.m. It was tape-delayed to occupy the same primetime slot out west. While these early Nielsen numbers are always subject to some adjustment, the fact that “Annie” was not live coast-to-coast makes them a little less volatile. 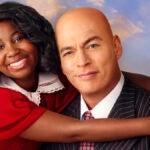 Meanwhile, Alec Baldwin’s emotional ABC interview about the tragic occurrence on the set of his movie “Rust” drew 4.13 million total viewers from 8 to 9 p.m. With football on Fox and a strong performance from CBS’ comedies, the Baldwin interview came in fourth in total viewers.

Fox was first in ratings with a 2.9 rating in the advertiser-coveted 18-49 demographic and in total viewers with an average of 11.3 million, according to preliminary numbers.

NBC was second in ratings with a 0.9 and in viewers with 5.2 million.

CBS was third in ratings with a 0.4 and in viewers with 4.7 million.

ABC was fourth in ratings with a 0.3 and in viewers with 2.6 million.

We do not have early Nielsen numbers for Spanish-language broadcast networks Univision and Telemundo.