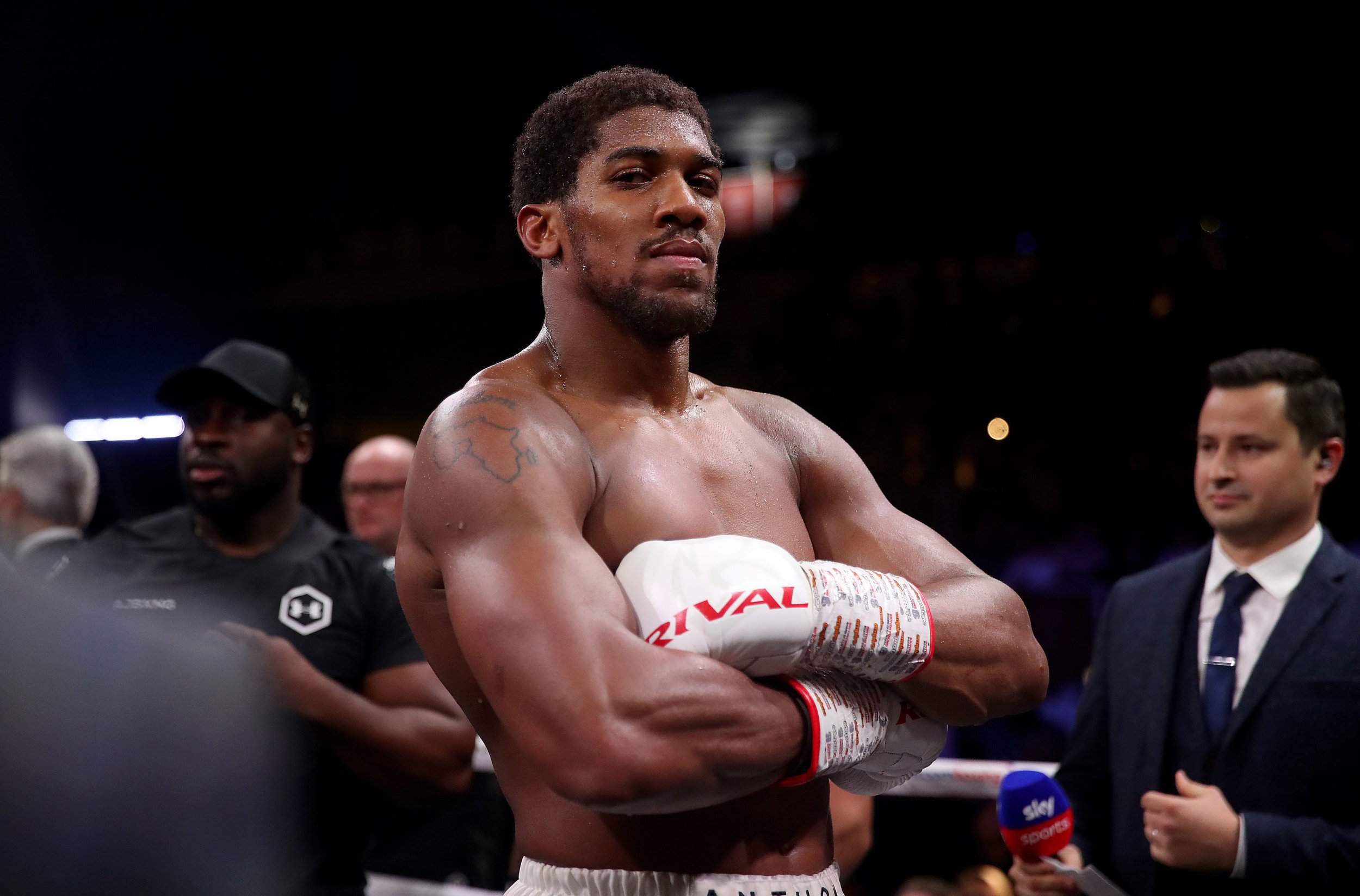 The British boxing champion – whose rival Tyson Fury has already made the jump to the world of sports entertainment – has revealed he sees himself working with the wrestling giant one day after seeing the late sports legend do the same.

That’s no doubt an exciting prospect for Vince McMahon, whose company has recently featured global artist Bad Bunny, while rapper Bow Wow has also expressed an interest in getting in the ring.

AJ has clearly given this a bit of thought, and he has a couple of ideas for his entrance theme music if and when he steps through the ropes.

It’s a toss-up between Stormzy hit Shut Up, and Push It To The Limit from the Scarface film soundtrack – both solid choices.

Given Muhammad Ali’s charisma, he was a perfect fit for WWE, and he first got involved when he had a confrontation with Gorilla Monsoon at a show in 1976.

He went onto face Japanese wrestling legend Antonio Inoki in an iconic bout at The War of the Worlds in Tokyo.

In terms of the US, he most famously appeared as the guest referee for the WrestleMania I main event in 1985, which saw Hulk Hogan and Mr. T himself facing ‘Rowdy’ Roddy Piper and ‘Mr. Wonderful’ Paul Orndorff.

Boxing and wrestling go hand-in-hand, and Ali is far from the only fighter to transition into WWE.

Mike Tyson was famously in a massive storyline with ‘Stone Cold’ Steve Austin and Shawn Michaels around WrestleMania 14 – and more recently with Chris Jericho in AEW – while Floyd Mayweather Jr. battled The Big Show at WrestleMania 24.

In 2019, AJ’s rival Tyson Fury stepped out at Crown Jewel in Saudi Arabia in a winning effort against the towering Braun Strowman, and he’s voiced a desire to go back for another spell.

Joshua – with a 24-1 career record including 22 knockouts – is a genuine global superstar, and being just 31 years old, the world is at his feet.

WWE would undoubtedly be interested in doing business, and hearing he’s just as keen must be music to their ears.