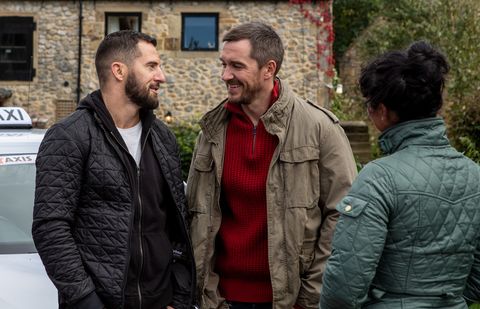 Anthony Quinlan has beaten his on-screen brother Mike Parr to a big audition.

Recently, Mike caught up with Anthony, telling him about a recent audition he had attending for BBC’s London Kills.

Anthony decided to audition for the same part – and got the job!

Reunited for their first on-screen appearance since 2018, Mike and Anthony were at Mecca Bingo’s Live from Studio M when they discussed their recent auditions:

‘I also auditioned for it but didn’t get it. And yes, it was for the same part! I actually told him about the audition!’, Mike added.

Over in Emmerdale, after Ross’ acid attack, he left the village in 2018 with Rebecca White and her son, Sebastian.

For Anthony’s character, Pete, he left the Dales in 2020 after living in the village for 7 years.