ANTIQUES Roadshow took a trip to Wales in a recent episode of the hit BBC show.

During a visit to Dyffryn Gardens near Cardiff, host Fiona Bruce and the team were impressed by a number of fascinating antiques. 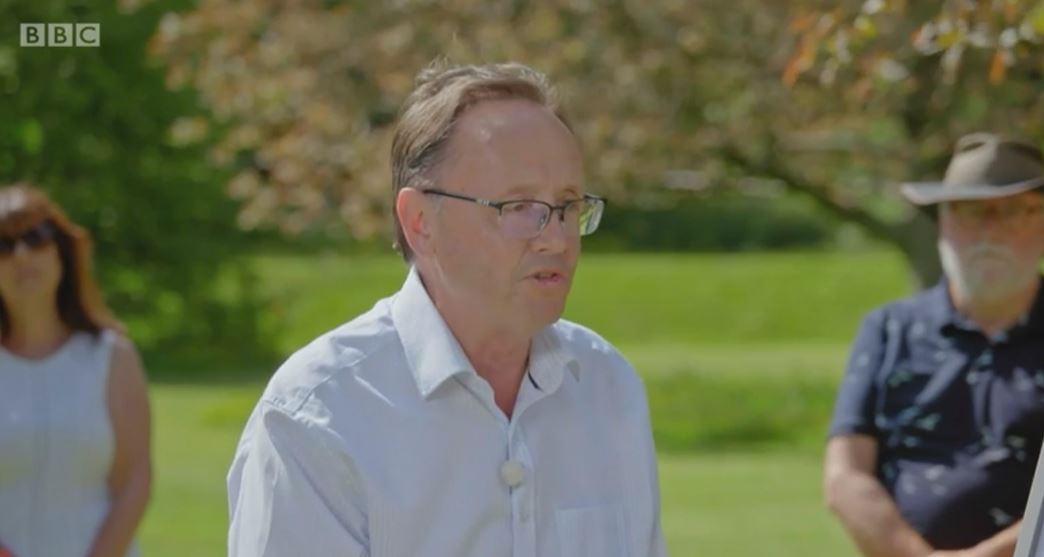 However, expert Jon Baddeley found himself very moved by an old compass from a South Pole expedition.

After assessing the item he described it as a “great treasure”, valuing it at around £3,000.

Jon, known as an authority on scientific instruments and collectables, was delighted to see the antique compass on the BBC show.

“Edgar Evans was my great uncle and my grandmother passed the compass down to my mother and eventually it came to me when she passed away,” the man replied.

Edgar Evans is well known for being a member of the Polar Party in Robert Falcon Scott's Terra Nova Expedition to the South Pole from 1911 to 1912.

Jon explained that unfortunately Edgar and his team were beaten to the pole “by not long, around 45 or 30 days”.

He then explained that the explorers were hindered by heavy weather on their journey home. He then revealed that his uncle sadly never made it back.

“Edgar fell down a crevice, a huge crevice, and he was injured,” he said. “This was a few days before all of them passed away.”

He revealed that the compass was among Edgar’s belongings that were recovered after the ill-fated expedition.

Intrigued by the tale, Jon remarked: “As a scientific instrument it’s not of huge importance, but it is of importance because it went out on this expedition.

“It was Edgar’s personal property and it’s the only thing you have. So, it’s very important to you and your family,” the antique expert said.

“Absolutely,” the guest agreed. “When I feel it and touch it when I think of where that was in 1912, it’s amazing.”

Regarding the topic of the compass’ use and value, Jon mused: “Because it’s a magnetic compass it wouldn’t have been much use to find your way to the South Pole because, at the end of it, it would have just been going round and round.”

“It’s very rare, very personal to you, and a great treasure,” he added, before thanking the owner for bringing the compass in.

Antiques Roadshow airs Sundays at 8 pm on BBC One.