Ashley Iaconetti is iconic in the Bachelor franchise.

She has continued to return to the various shows within the franchise to find love, and she eventually fell in love with Jared Haibon.

The two met on Bachelor In Paradise, and even though it was a long journey for Ashley to finally get Jared for herself, they are now happily married.

And since Ashley has so much experience in the Bachelor franchise, she already has an idea about who should be the Bachelor lead for the 2022 season.

Ashley Iaconetti already has a favorite for Bachelor 2022

On social media, Ashley asked fans to raise their hands if they felt Joe Park would be a good contender for the lead for the 2022 Bachelor season.

Joe was picked for Clare Crawley’s season. He’s a 36-year-old anesthesiologist with a great sense of humor. He described himself as “a lover, not a fighter.” 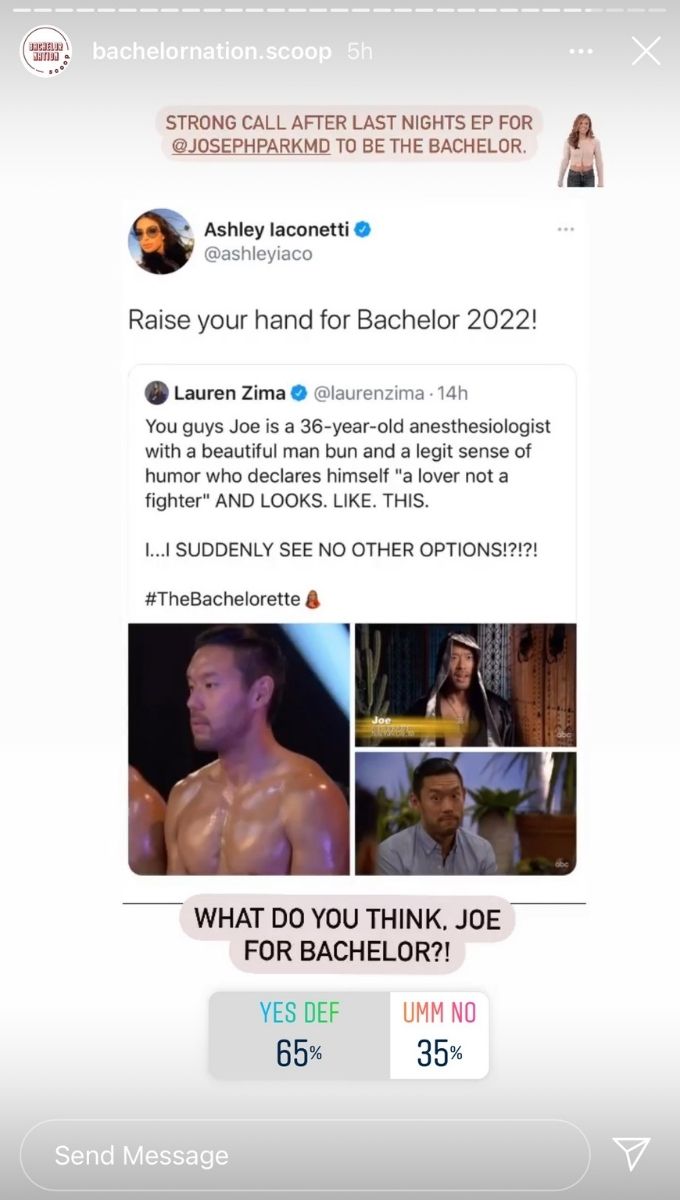 A full 65% of fans believed that he would definitely be a good choice for The Bachelor.

If chosen, Joe would be the first Asian-American lead in the franchise. The network has been very public with its efforts to improve diversity on its shows, which bodes well for Joe’s chances.

Even though Ashley has found love with Jared and got married last year, she’s continued to make appearances on the show.

Ashley was on The Bachelorette this week supporting Tayshia and helping her with a group date. She got some help from her husband, Jared, as the two hosted a group date for the guys, where they tested them in general knowledge, including spelling and basic math.

And if viewers enjoyed this appearance by the couple, they’ll be happy to learn that they will most likely appear on the upcoming Bachelor season as well.

Ashley has also been spotted at the Bachelor mansion in Pennsylvania where Matt James has been filming his season of the show.

While she doesn’t know Matt personally, she will make an appearance to possibly host another group date for the women. Other Bachelor personalities have also made appearances in Pennsylvania, including Tyler Cameron and Hannah Brown.

If Joe gets picked to be the next Bachelor, one can imagine that Ashley will make an appearance or host a group date for him.

The Bachelor airs Tuesdays at 8/7c on ABC.