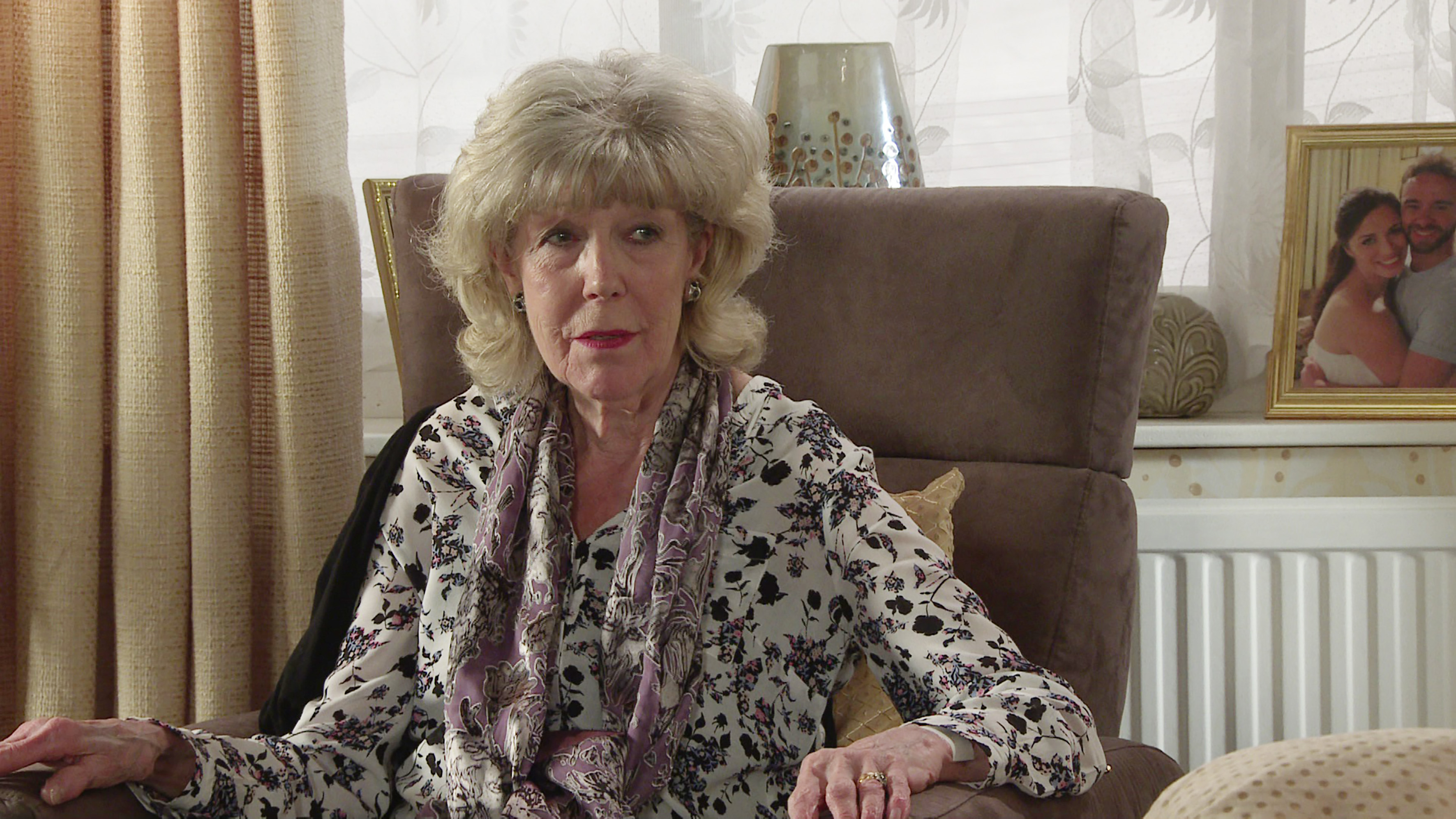 A few weeks ago, Audrey ended up in hospital after drunkenly bumping into a motorbike in the barbers.

Getting drunk wasn’t a new thing for Audrey, as her family have spent weeks convinced she reaches for the bottle far too often.

For Audrey, the family pestering has been getting on her nerves and thinks the Platts want her to sit at home all day, sipping tea and doing a spot of knitting.

The ordeal at the barbers also coincided with the return of Audrey’s son, Stephen (Todd Boyce) – who wasn’t happy the Platt family failed to notice Audrey was missing all night.

Audrey’s time in hospital comes to an end next week and it’s safe to say she’s looking forward to going home, telling Gail (Helen Worth) once she’s back in Weatherfield, she’s going to the Rovers to celebrate.

The next day, Audrey arrives at No.8 with Stephen in tow, telling Gail and David (Jack P Shepherd) that she’s decided to update her will and intends to announce the changes during a family meeting.

As David and Sarah (Tina O’Brien) fuss over Audrey, each hoping for a decent slice of the estate, what will the changes reveal?

Has the return of Stephen impacted Audrey’s decision?