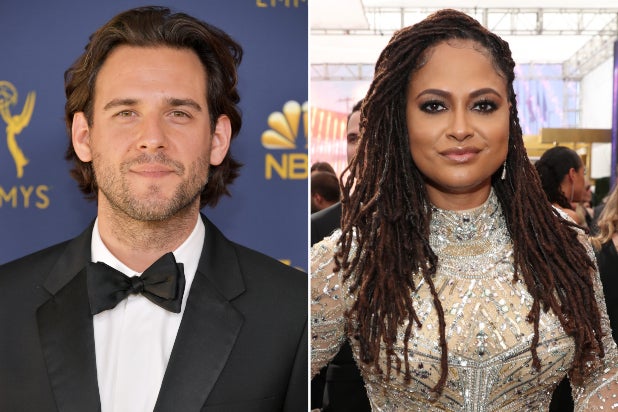 HBO Max has ordered the “DMZ” adaptation from Ava DuVernay and Roberto Patino.

The four-part series stars Rosario Dawson and Benjamin Bratt and takes place in the future amid a second American Civil War that has turned Manhattan into a demilitarized zone. Patino and DuVernay will both executive produce the series, which begins production next year. Patino will write all eight episodes and serve as showrunner, while DuVernay will direct.

Here is the logline:

In the near future, America is embroiled in a bitter civil war, leaving Manhattan a demilitarized zone (DMZ), destroyed and isolated from the rest of the world. Leaping off the pages of the popular comic, “DMZ” chronicles the harrowing journey of fearless and fierce medic Alma Ortega (series star Rosario Dawson), who sets out on a harrowing journey to find the son she lost in the evacuation of New York City at the onset of the conflict. Throwing gasoline on the flames of that conflict is Parco Delgado (series star Benjamin Bratt), the popular — and deadly — leader of one of the most powerful gangs in the DMZ. He wants to rule this new world — and will stop at nothing to secure that outcome. In this adrenalized and expansive drama, which examines a stark political and cultural divide in American society, Alma must contend with the gangs, militias, demagogues and warlords that control this lawless no man’s land. In doing so, she becomes the unlikely source of what everyone here has lost…hope.

“I couldn’t be more thrilled to bring this epic to the screen with my boundary-pushing partners at WBTV and HBO Max, a sublime cast led by Rosario and Benjamin, and my partner and friend, the inimitable and ever-inspiring Ava DuVernay,” said Patino. “‘DMZ’ offers up an explosive playground which, more than anything else, exalts the resilience of community and the human spirit. I can’t wait to welcome the die-hard fans of the comic books and new viewers alike to this intoxicating, haunting and inspiring world.”

The comic “DMZ,” written by Brian Wood, debuted in 2005 and ran until 2012. It was published under DC Comics’ Vertigo imprint, which was founded in 1993 to house DC’s mature titles, including “The Sandman,” “Y: The Last Man,” and “Preacher.” After undergoing several relaunches in recent years, Vertigo is being shut down at the end of this year.

In addition to Dawson and Bratt, “DMZ” series stars include Hoon Lee (“Banshee,””Warrior”), Freddy Miyares (“When They See Us,” “The L Word: Generation Q”) and Jordan Preston Carter (“The Haves and the Have Nots”). “DMZ” is produced by DuVernay’s ARRAY Filmworks in association with Warner Bros. Television.