A Call To Spy tells the untold story of Winston Churchill’s Special Operations Executive – the SOE. The historical drama delves into the real-world history of a collection of women trained as spies during World War II. With little training, and a lot of pressure on their shoulders, these newly initiated covert operatives were relied on to help turn the tide against the Nazis.

The story is told though the eyes of Vera Atkins (played by Stana Katic), a real-life German-Jewish Romanian who was part of the team who evacuated Poland’s Enigma code breakers.

The dramatic retelling of her life story explains how she was inducted into the SOE, and indeed how she helped the British and their allies against Hitler.

Throughout A Call to Spy, Vera was aided by her intelligence officer back at HQ – Maurice Buckmaster (played by Linus Roache).

Express.co.uk recently caught up with Roache on his experience telling this incredible story, and the pressure behind playing the man who had it all figured out.

Roache began the conversation over Zoom by praising the real-life women in the SOE in the 1930s. 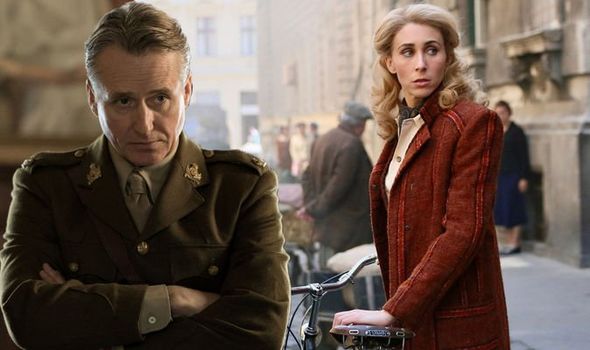 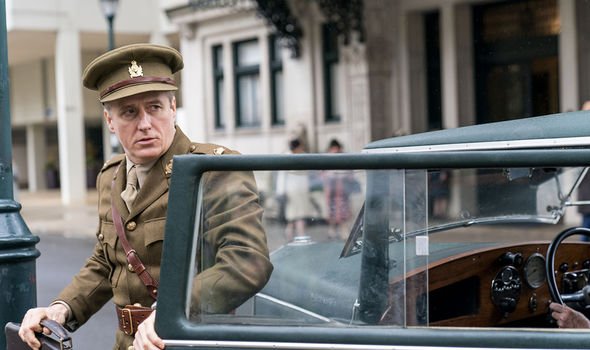 Roache said: “We’ve all heard the stories about the male heroes – but we’ve not heard much about these women who put themselves directly on the line without much training.”

Going on to detail getting under the skin of historic character Buckmaster, he said: “I love playing characters with big moral dilemmas, trying to figure out what to do next.

“They were sort of intensely focussed scenes – and it was a joy as an actor to be able to do all those scenes in one week.”

Roache went on to say: “You don’t know what it’s like to go to war unless you’ve been to war, [so] I tried to put myself in that situation.

“And it really helps when you have a wonderful actress to work with, so it doesn’t feel like you’re just faking it.” 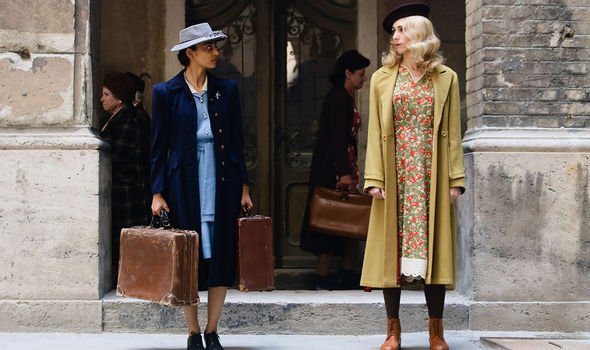 Buckmaster sees the least amount of “action” in the film as the man behind the team.

Stuck in his office, Buckmaster is the puppet master, attempting to keep all of his agents alive and informed.

Despite this, Roache was pleased to see the final film saw a lot of his more emotionally dramatic scenes in the film.

He said: “But also credit to [director] Lydia [Dean Pilcher] who shot it. When I saw the film I was glad she allowed some of the brooding to be there – because some of the film is down to how they edit you.”

Roache continued: “Because I could have done lots of brooding and they might never have shown it.”

Bringing Buckmaster to life allowed Roache to delve into the two books the historic character had written on events in the SOE.

This gave the former Batman actor a glimpse into the pressure that Buckmaster was forced to deal with on a day-to-day basis.

Touching upon the stiff-upper-lip of the British, Roache broke down how he created his larger-than-life character with the information he gathered.

He explained: “I wanted to have a bit of [seriousness], but really connect with what it might have been like to live psychologically with that pressure.

“There were reports that he didn’t leave the office, hardly ever – he was sleeping four hours a night.

“So you’ve got someone extremely stressed, very tired nerves jangled. So I just felt like… just connect with that – but give it an Eton jolly-ho accent. And make it lived in and real.”

Signature Entertainment presents A Call to Spy in Cinemas and on Digital HD now.