Louise could not contain her concern for co-host Dan Walker as the flying mechanism was let loose in the studio. 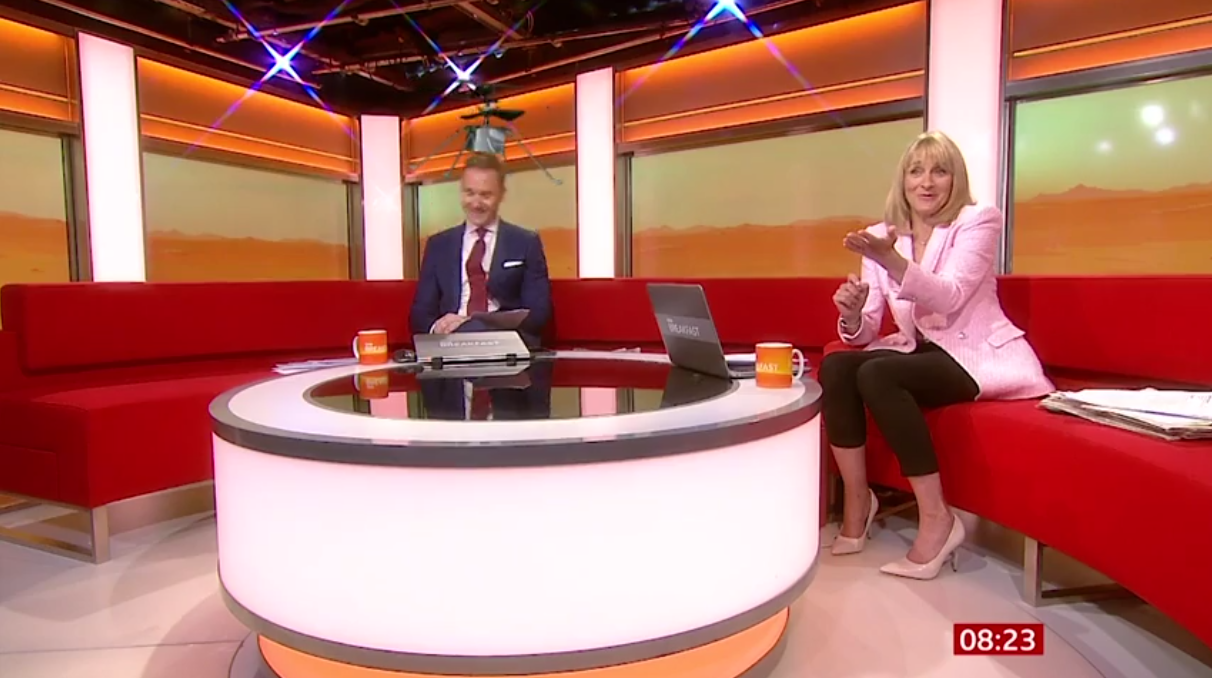 The hosts were preparing to talk to two space scientists via video link to mark NASA's achievement of flying a drone on Mars.

But the extra visual element had the presenting pair on the edge of their seats as it began to fly.

"Is it time to release the drone, Louise?" Dan asked excitedly. 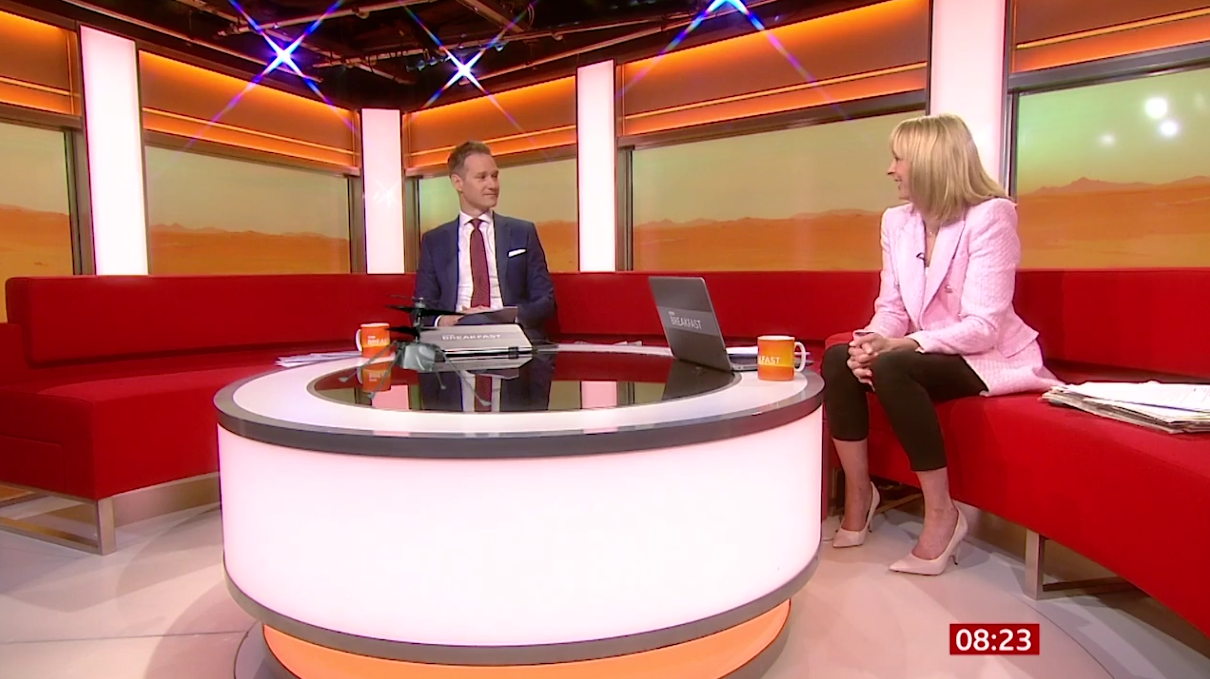 Louise went on to explain to viewers: "So there is our little drone.

"So NASA has successfully flown a small helicopter on Mars, the first ever powered flight on another planet…"

Louise began to trail off as she saw Dan ducking his head out of harm's way as the drone began to hover.

But at this point, the drone began to fly and hover around the studio, prompting Dan to duck out of the way. 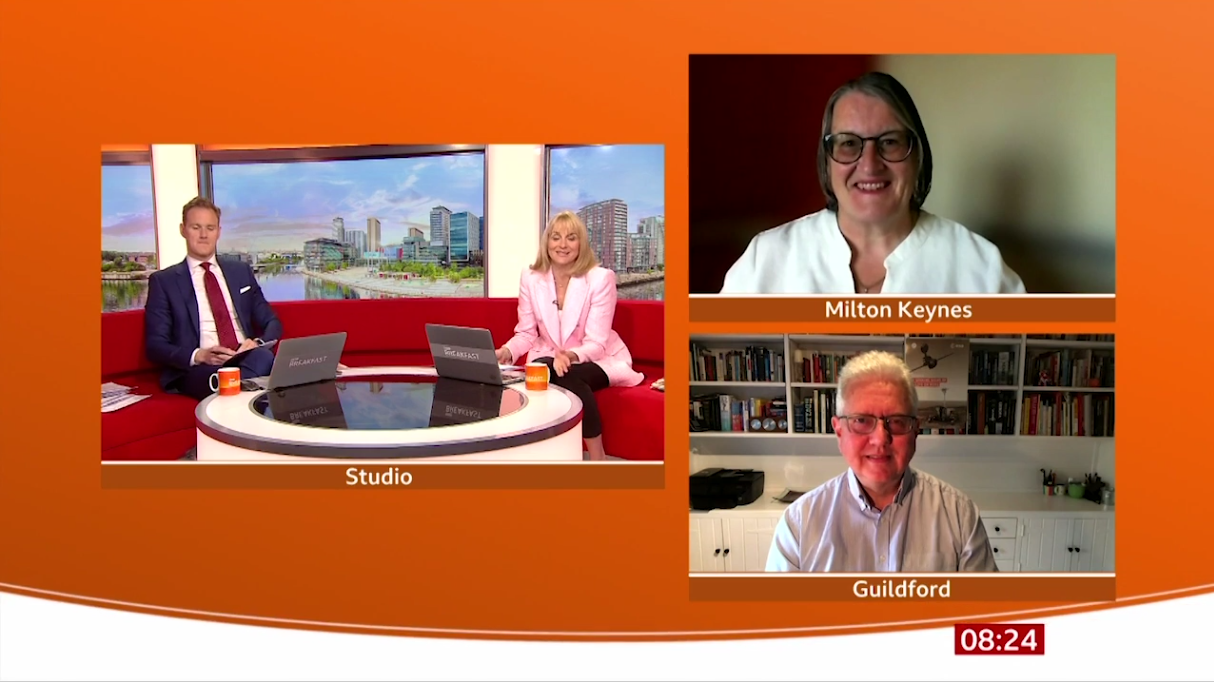 As he moved from side to side, Louise went on: "And here is our very own version of it" before she shrieked: "Watch out, Dan!"

As the pair kept their distance from the drone, it landed safely back on the table.

Regaining his composure, Dan explained: "It’s called Ingenuity, it was in the air for less than a minute and reached the height of about sort of three metres off the floor where it hovered briefly before coming back down."

Dan went on: "Almost exactly like you’ve seen there and NASA is promising more adventurous flights in the next few days as well."

There was then an awkward silence as Louise, keeping an eye on the drone, appeared to have forgotten her cue.

"Um, yes!" she said while laughing at her slip-up.

She joked: "I’m just so fascinated – I want to make it happen again!"

As the drone stayed in place, Louise safely went on to welcome Professor Monica Grady and Professor Andrew Coates to the show to speak about NASA's recent achievement.