Mzi “Zee” Dempers from Below Deck Mediterranean Season 6 surprised fans with his coy remark that he “hooked up for a while” with Georgia Grobler from Below Deck Sailing Yacht. Did they date or are they just friends who fooled around? Dempers told Showbiz Cheat Sheet how the two met and if they were a couple.

Dempers said he’s known Grobler since 2017. “I wouldn’t say it was necessarily dating, but it was like hooking up every now and then over a period of time,” he said. Despite both having a career in yachting, Dempers said they met on land. 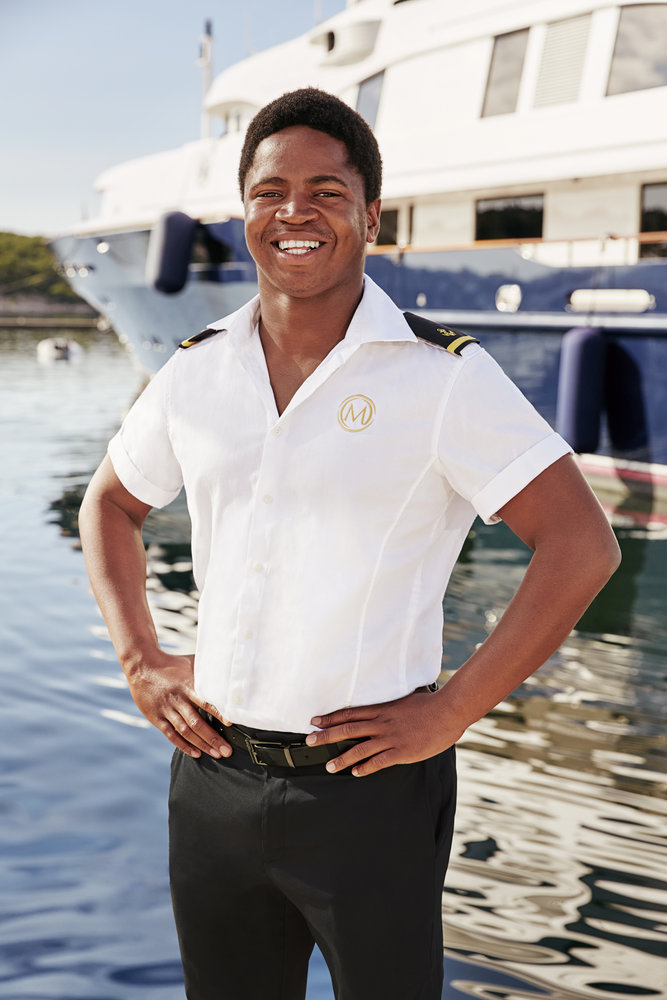 “She was a formal date of mine,” he recalled. “It’s just something that we do back here in South Africa. It’s like you live with a whole bunch of people and then have a big dinner. And then your friends invite your date for you.” Grobler shared photos from a few events with Dempers on Instagram. “T For Trouble, 5 For Change,” she shared.

Dempers said he and Grobler got busy with life and hadn’t talked in a while. “We didn’t speak much before the actual show,” he recalled. “Obviously, trying to keep everything under the wraps. But then we reconnected afterward and sort of spoke about the experience afterward.”

Once Dempers got the green light from producers to talk about his experience, he and Grobler compared notes. “We basically spoke about the differences in our seasons,” he said. Grobler appeared on Below Deck Sailing Yacht Season 1 and was a stew on Parsifal III. Dempers was a deckhand on motor yacht Lady Michelle, which ironically, was docked next to Parsifal III during Below Deck Sailing Yacht Season 2 filming.

Dempers is also seen kissing stew Courtney Veale in the Below Deck Med Season 6 teasers. But Dempers wouldn’t spill. “I can’t give spoilers,” he laughed. “I think that all unfolds on the show.”

‘Below Deck Med’ was a new yachting experience for Zee Dempers

Any advice and even comparing notes was probably welcome as Dempers revealed he was relatively green. “So I’ve done basic yachting in South Africa,” he said. “Nothing overseas. I worked on a smaller boat, like a 25 meter in Cape Town. So obviously a smaller crew, not really leaving the port much at all.”

“And then after that I worked on a bigger 70 meter,” he continued. “But that also didn’t leave ports. Just basic wash downs, not anything special. So this is definitely the first of its kind for me in terms of back-to-back charters. And everything being super intense. And being in Europe as opposed to South Africa. I think that makes a big difference.”

“So I think that’s why I was very, very nervous going in,” he laughed. “So it’s a big difference as to what would happen back here.” Dempers soon learned he had a strong support from both his deck team and also bosun Malia White.

“I definitely felt like I learned huge amounts,” he said. “And I’m so, so grateful for the experience. It really was an amazing, amazing time, such incredible individuals. It taught me a lot about myself and I guess sort of like believing in yourself and trying to work towards a better direction. So I feel like it was all fairly positive.”

Below Deck Mediterranean is on Monday at 9/8c on Bravo.