Better Call Saul is no stranger to bringing some of the Breaking Bad universe’s most popular faces back onto screens during its five-season run on AMC. And now heading into its sixth and final series, Jimmy McGill (played by Bob Odenkirk) faces a final batch of challenges that leads him to become the famous Saul Goodman Breaking Bad fans grew to love to watch. But could fans get a peek at Walt Jr (RJ Mitte) to add to the familiarity of the drama? Speaking ahead of the launch of his new film The Oak Room, Mitte revealed all to Express.co.uk.

And Mitte admitted it’d be very difficult for Walt Jr to make a cameo given the drama is set prior to the character’s birth.

But there is one way in which Mitte could reprise the role on-screen in Better Call Saul as he shared his thoughts on returning to the Breaking Bad world.

When asked if he’d be open to a stint in the drama, Mitte expanded on the one condition: “Unless there’s a flash-forward, I would not have been born.” 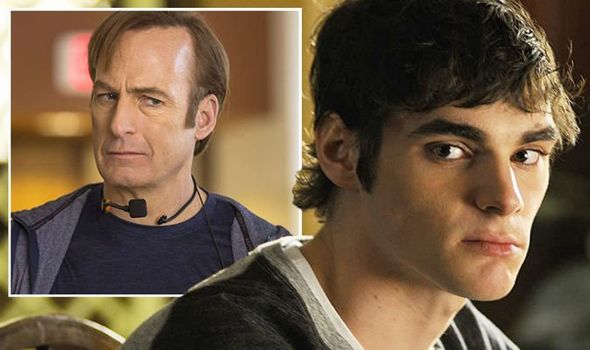 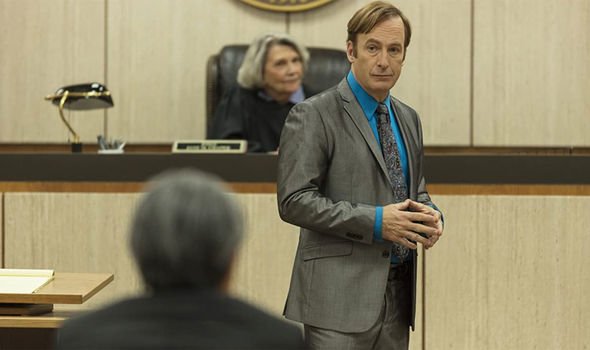 He continued: “I know Dean Norris appears, Giancarlo Esposito who plays Gustavo Fring – so you have Hank, Gustavo and a couple of the cartel guys and some of the gangbangers.

“Tuco Salamanca (Raymond Cruz) as well,” Mitte continued, but could a flash-forward be in the offing?

Mitte went on to pay homage to the shows created by Vince Gilligan, hinting there could be more projects to keep the universe going.

He added: “We had a great team of people who helped the evolution of Breaking Bad, how it evolved and founded the genre. And then Better Call Saul has kind of laid the pre-work for more stability in the genre. 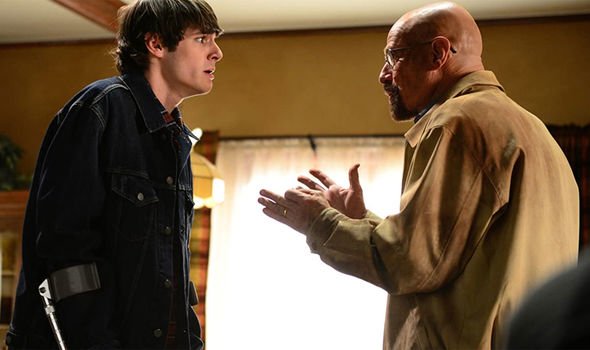 “And then you have El Camino which was able to throw some spice on it. And, and I don’t know, I think we could have another one.”

Expanding further on his time on Breaking Bad and the friendships which came as a result, Mitte continued: “Giancarlo is probably my closest friend on Breaking Bad.

“When it comes to when it comes to actually like, ‘you wanna come over for dinner.’ Or like Luis [Moncada] and Daniel [Moncada], who are the cousins. Yeah. And I’ve made really good friends with all the (crime) bosses (laughs).”

And it’s these friendships and chemistry on set of the AMC drama which landed Mitte in good stead for his latest role in The Oak Room.

“That’s [the chemistry between the cast] what made Breaking Bad great,” he said.

“And that’s why that’s what I try to carry to all my projects, like The Oak Room. Like there’s this heaviness, right, there’s this cloud, this dark cloud looming overhead,

“But there’s still joy in these moments in between these times of peril. And that’s what I definitely learned off of Breaking Bad.

“That’s what our life pretty much consists of is this big, dark, looming cloud that sits over our lives. But here we are happy and smiling and occasionally it rains.”

So while an appearance in Better Call Saul looks likely for now, fans can cross the fingers at a possible flash-forward to see if Walt Jr appears.

In the meantime, fans can watch Mitte star in The Oak Room, in which he appears opposite The Umbrella Academy and V-Wars star Peter Outerbridge.

The dark drama sees Mitte star as Steve, a student who returns home with a rather dark tale to tell.

The Oak Room will available on Digital Download from April 26 and can be pre-ordered here.
Better Call Saul season 6 is coming to AMC in 2021.