CARDI B posed alongside her daughter Kulture as the toddler rocked a $800k outfit complete with a custom Hermes Birkin bag.

The 28-year-old who is pregnant with her second child gushed over her first born saying the pair were 'best friends'. 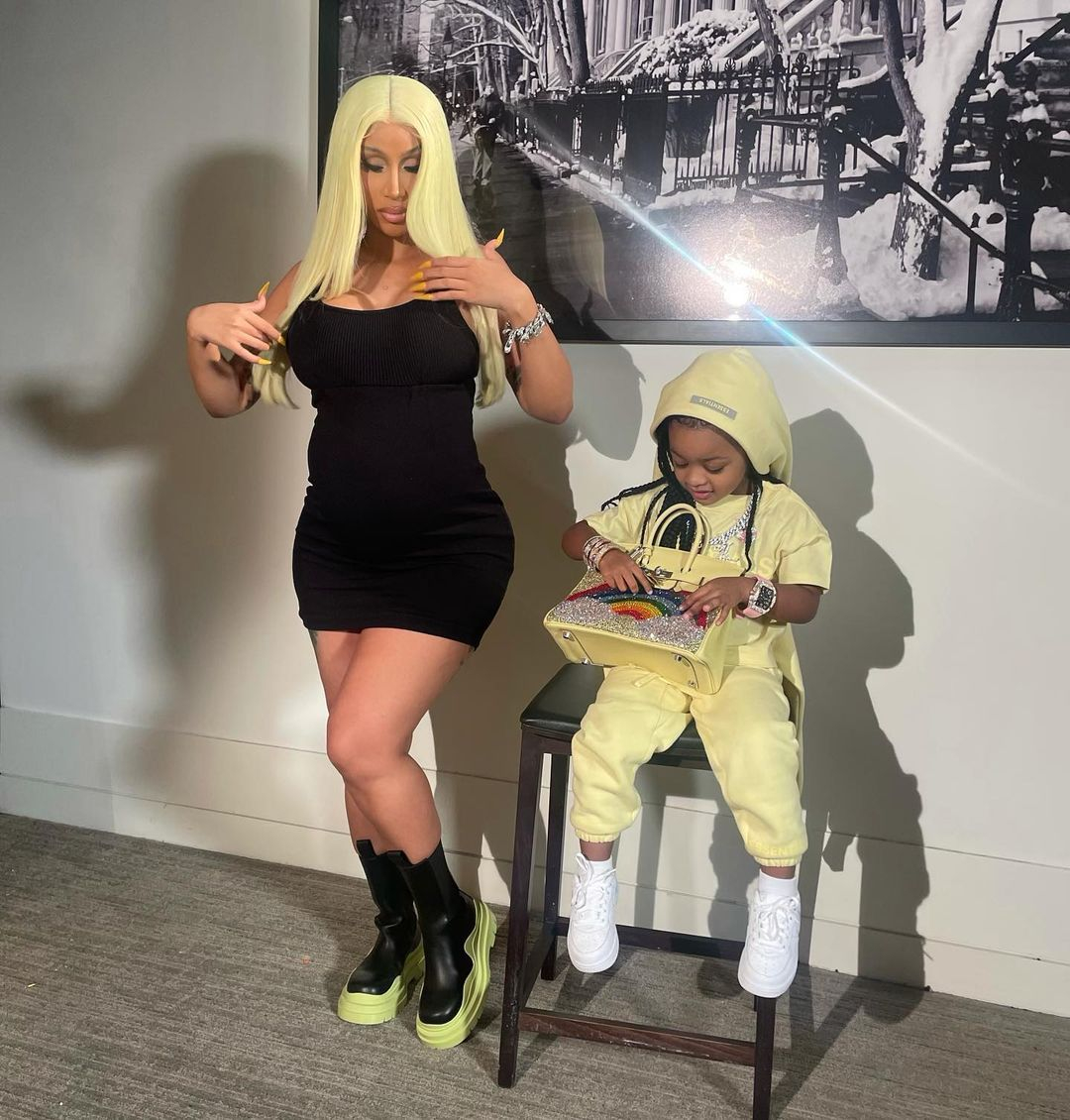 Kulture complimented her mom's choice of hue in an all-yellow Essentials: Fear of God sweats ensemble, including hoodie, t-shirt and sweatpants worth around $217.

The toddler also rocked a $150,000 diamond necklace given to her as a birthday present by Cardi last month.

She played on the floor with her custom yellow Hermes Birkin bag, complete with a bedazzled rainbow and clouds emblazoned on the front.

"Me & my best friend for life💛💚🍭," Cardi captioned the series of photos.

It's not unusual for Cardi B and husband Offset to spoil their oldest child.

They recently threw their Kulture an incredible 3rd birthday party.

The extravagant fairytale party featured an outdoor petting zoo, tunnel of balloons, and a host of Disney princesses.

Cardi filmed an excited Kulture as she blew out her birthday candles, played in a ball pit, and enjoyed a pony ride.

The three-year-old also enjoyed petting alpacas before being led inside to meet Disney's Princess Tiana in a balloon tunnel.

Kulture also has a collection of luxury hand bags that her devoted dad consistently adds to.

Her belly was exposed by a sheer panel of fabric incorporated into her outfit.

The Grammy award winner also showed off her baby bump in a steamy video last month as she rapped along to her new single with Normani called Wild Side.

Cardi B first appeared in a bright green fishnet dress paired with a green and blue wig before she stripped down to a tiny leather bikini.

Offset and Cardi officially tied the knot on September 20, 2017.

Only a few months after the two got married, there were rumors of Offset cheating starting to circulate.

After separating a first time in December, 2018 – and reconciling in early 2019 – it was announced that Cardi had filed for divorce on September 15, 2020.

A month later, they allegedly reconciled and worked through their issues. 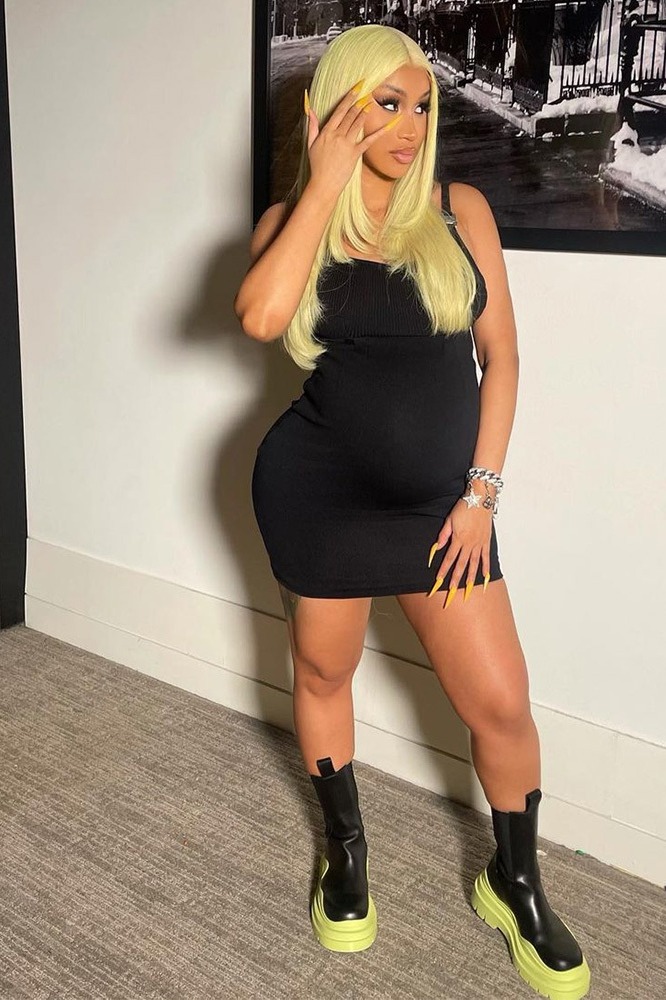 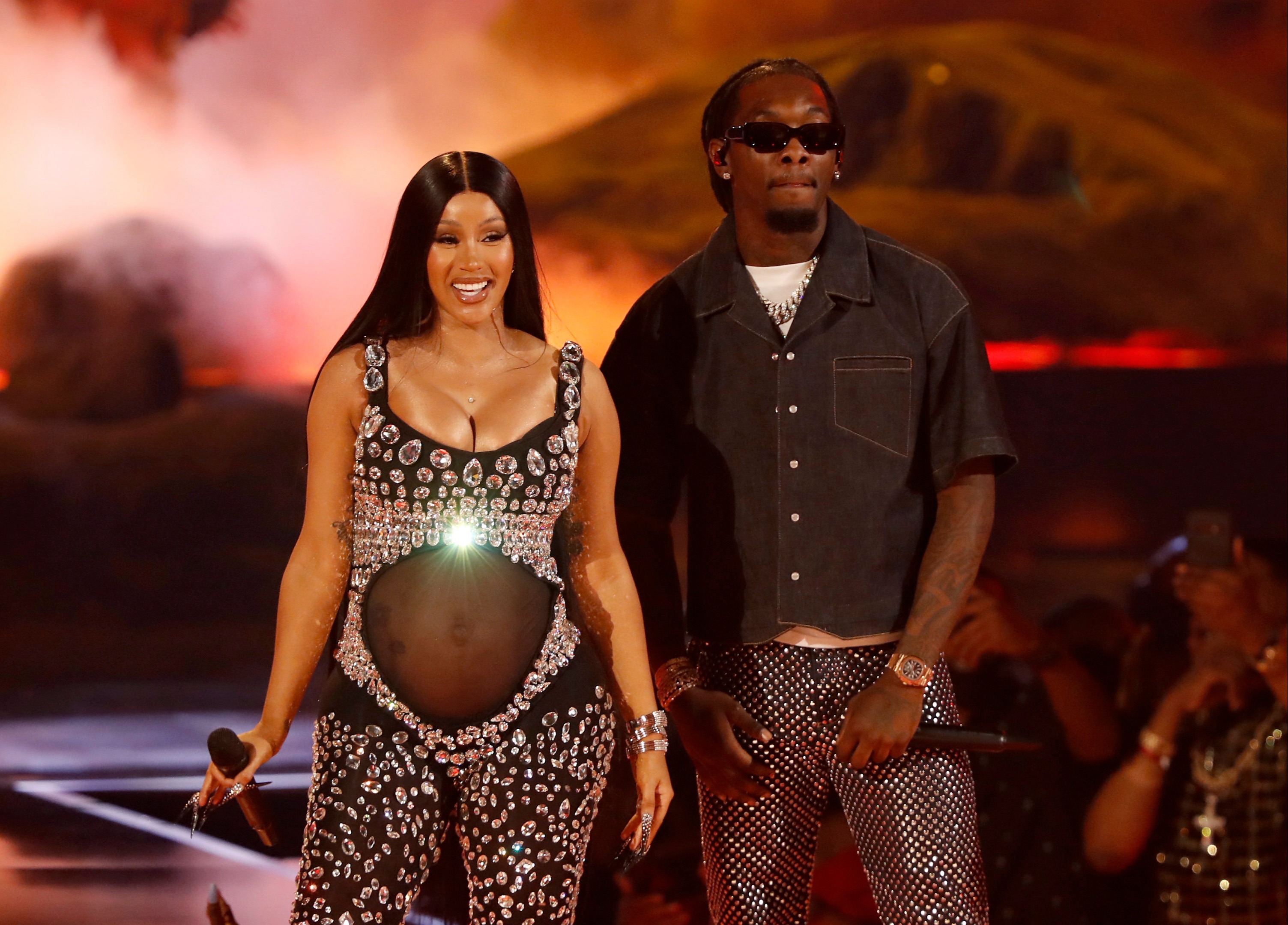 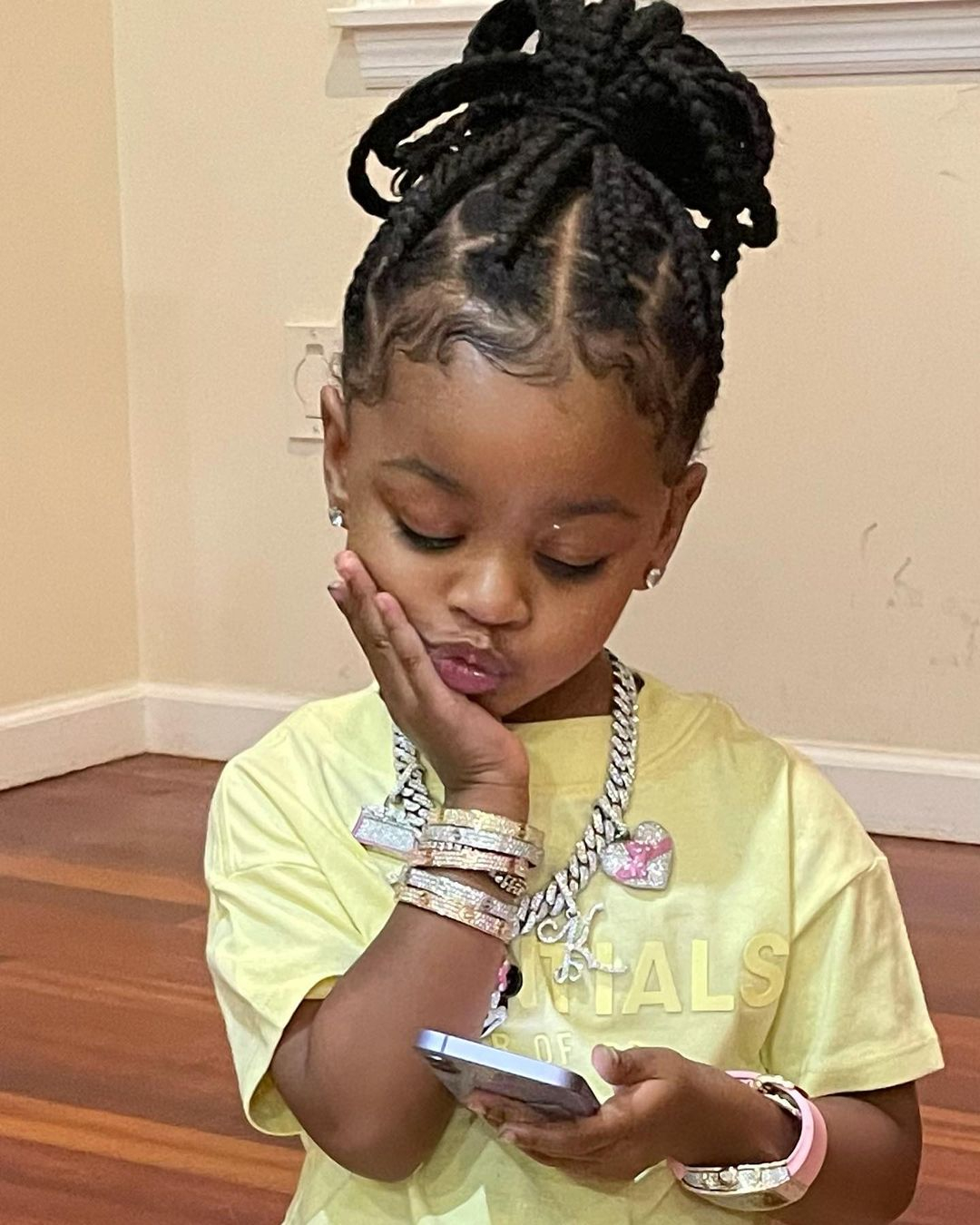 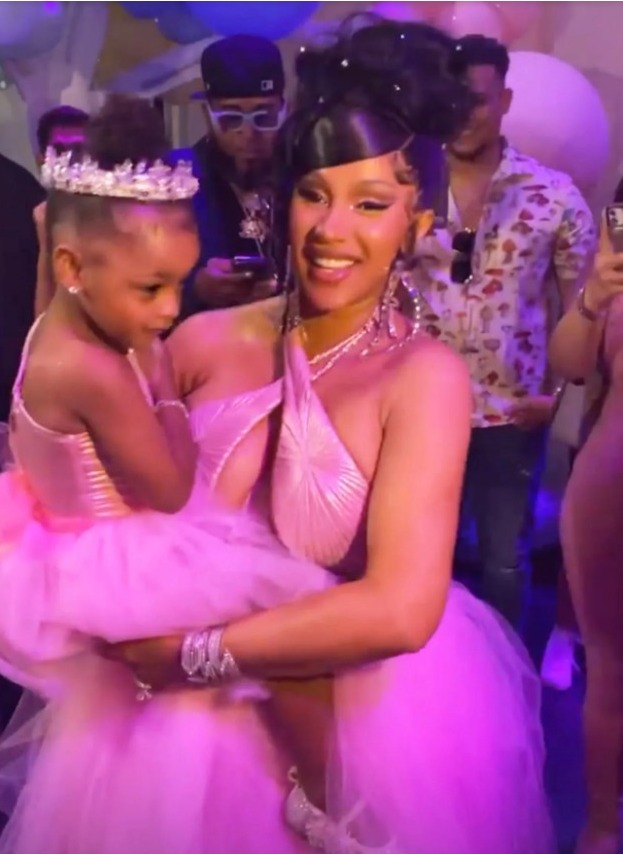