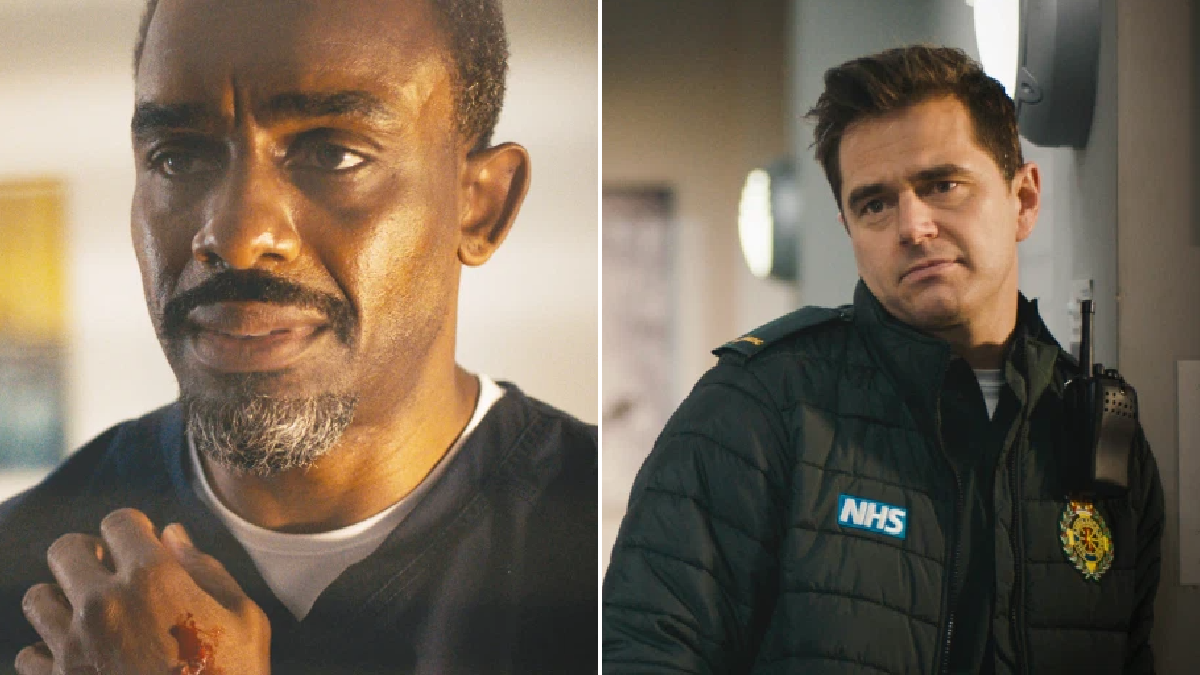 Jacob Masters (Charles Venn) and Tina Mollett (Adele James) were at the centre of tonight’s episode of Casualty as Tina began to coercively control and abuse Jacob.

In an episode that played with time, Tina chipped away at Jacob to ensure she came out on top in near enough every situation.

Focusing on ‘passive’ and ‘assertive’ decision making, the only time Jacob managed to take control of a situation was in resus, when Tina tried to take the lead with a patient.

Even after Jacob stood his ground, he faced Tina’s wrath and in shocking scenes, she threw a glass across the room, causing Jacob to injure his hand.

As this episode was solely focused on Jacob and Tina’s relationship, any other character we saw tonight was linked to the storyline – including Iain Dean (Michael Stevenson).

With Tina’s words impacting Jacob hugely, he opened up to Iain and questioned whether he always tries to ‘save people’.

Knowing something was up, Iain invited Jacob for a drink after their shift, but as he was facing his ordeal with Tina, Iain was left on his own, concerned something was up with his pal.

After everything Iain has been through, viewers know the beloved character is quick to recognise when something isn’t right, and as Charles Venn recently told Metro.co.uk, the paramedic could be the person to save Jacob from his abusive relationship:

‘It’s essential to show it’s not about the size, it’s about the concept of that particular person and what they are capable of doing. Here we have a woman who is very skilful at coercive behaviour, and for Jacob, this is a man who has let his guard down and trusted Tina, and in doing so, she’s taking advantage of that.

It’s little micro adjustments, when you’re in that hole, you’re going to struggle to get out if it, and that’s the same with Jacob. If he knew he would be there, he would run a mile, but he thought, at that point, he’s so in love with Tina. He thinks “so long as the good outweighs the bad, we can ride it out”’.

‘He believes he is to blame and it’s his fault’, Charles continued as we asked him what’s going through Jacob’s mind in tonight’s closing scenes.

‘I read up the definition of narcissism, and narcissists have the ability to make one feel bad, despite the fact that it’s glaringly obvious they’re not in the wrong. They have an art of manipulation to make you feel you are in the wrong and as a result, the spell has been woven, Jacob is cast under this spell at the end of it’.

With Casualty nearing their 35th anniversary celebrations, Charles hinted at what’s to come for his character:

‘It will be mentally arduous, mentally challenging on Jacob’s part. We really delve deep into the pitfalls and perils of coercive behaviour and what you can do to the human mind.

The rabbit whole has been opened, but how deep will it go?’