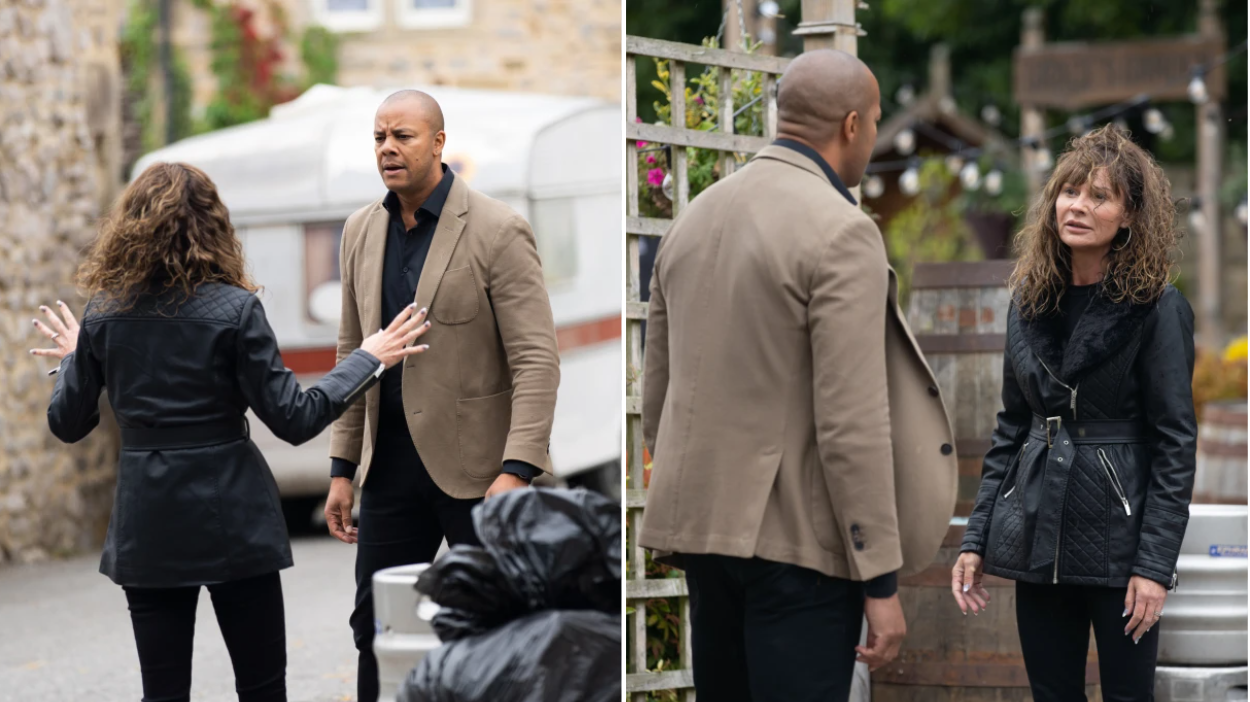 Al Chapman (Michael Wildman) was always going to be put in a situation where he’d be forced to choose between Chas Dingle (Lucy Pargeter) and Kerry Wyatt (Laura Norton) in Emmerdale and tonight, he potentially chose the wrong person.

As the storm gathered pace, Chas was speaking to Al in his car following the bombshell that if he can’t be in a relationship with his lover, there is nothing for him in the village – he will leave.

The thought of never seeing Al again increased Chas’ feelings for him, and so she admitted time was what she needed – she had to work out whether she really wanted to say goodbye to her entire life in the village for something new.

When Chas left the vehicle, the wind was relentless. Objects were flying around, debris everywhere, Al knew that they’d be safer back in the car – but Chas didn’t want to be around him.

As Chas and Al fought through the struggle (in a number of different ways), Kerry had made her way outside.

We think Kerry wanted to do a bit of tidying up but it was hard to say because honestly, why would you want to clean up the garden in the middle of a raging storm?!

When she arrived, she spotted Chas and Al together, but things drastically changed when a bush broke and knocked Kerry to the floor.

At the same time (seriously, what are the chances?!), a stall from Kim’s (Claire King) wedding was caught in the wind and flew right towards Chas, causing her to become injured.

When we returned from the break, Al chose to save Chas instead of Kerry, leaving his actual fiancé to pick herself up, observe the situation and wonder why on earth her partner chose to save a Dingle instead of her.