Chicago Fire is getting close to the season 9 finale, and that means more drama with a few unexpected twists. According to showrunner Derek Haas, they are “going big” this year. He promises a “gigantic last 10 minutes” that will drive the audience “crazy.” 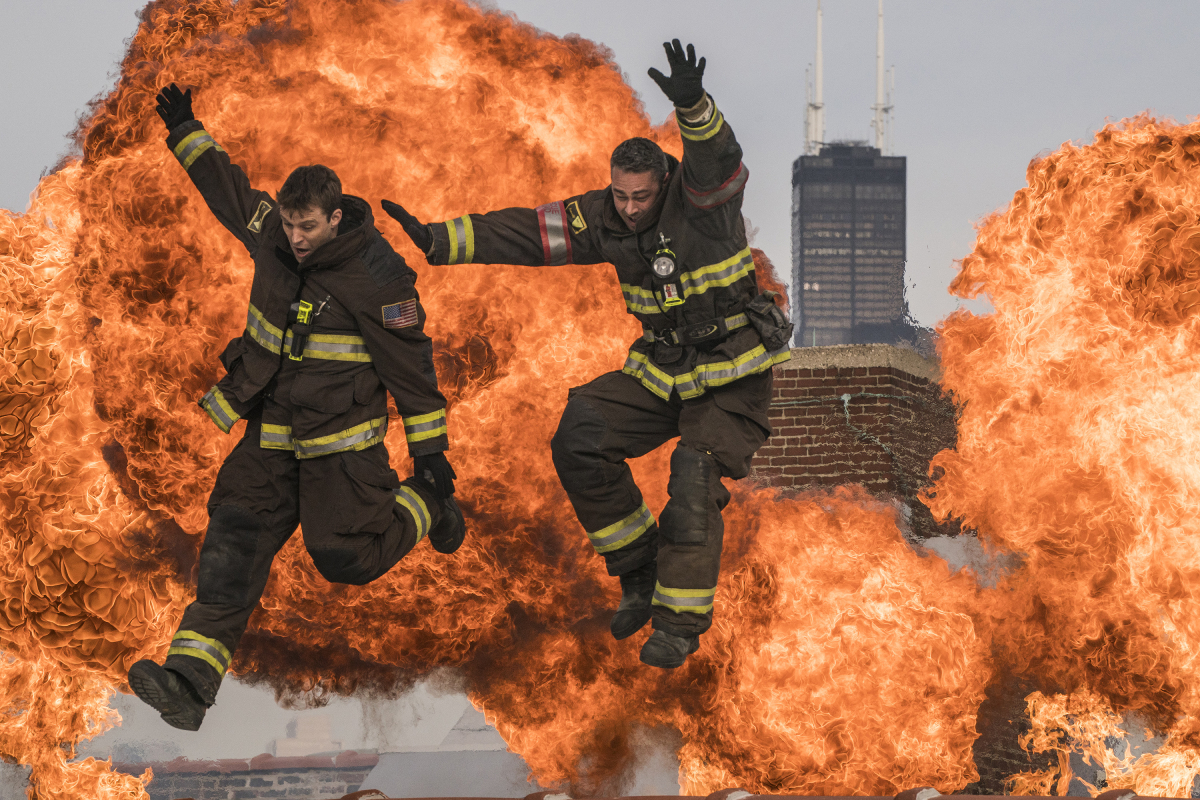 During a recent interview with Entertainment Tonight, Haas talked about the final few episodes of season 9. He promised fans that the last two episodes of the season are “big ones.”

“We kept our powder dry and are firing all the cannons at the end of the season. So these last two episodes are just going to be ‘bang, bang, bang, bang,’” Haas said.

The showrunner added that they’ve been building all season long to Stella Kidd (Miranda Rae Mayo) taking her lieutenant’s test. They threw “the kitchen sink” at her before her test, with her last shift testing “every ounce of her abilities.”

“In my mind, she should be the lieutenant. Whether or not that happens, that’s still what’s coming in the season,” Haas said.

The last 10 minutes will drive the audience ‘crazy’

The showrunner admitted that he enjoys building up to what feels like “a giant ending” each season. He likes when the audience is “thinking about it all summer long.” For season 9 of Chicago Fire, Haas says they are going to have “one of these gigantic last 10 minutes that drive our audience crazy.”

“I do take pleasure in that,” Haas said.

Haas went on to explain that if a viewer stops watching the season 9 finale 10 minutes before the end, they would probably say, “That was a nice wrap-up. They did it. I can go home happy from the scum marks.” But it’s those last 10 minutes that are a game changer.

“If you watch the last 10 minutes, you might be cursing my name all summer long.”

What will happen in the final 10 minutes of the ‘Chicago Fire’ season finale?

Haas says that some people “should just be happy” that it was a good season. He explained that “it’s only 10 minutes” and then quipped “what could possibly happen?”  Of course, as fans know, the answer to that question is “a lot.”

When he was asked about possible life-or-death cliffhangers – and if everyone would be getting out of it the same – Haas coyly replied, “Maybe…There’s going to be a lot going on.”

Is Taylor Kinney leaving after season 9?

As season 9 of Chicago Fire comes to an end, rumors are swirling that star Taylor Kinney (Kelly Severide) is ready to leave the NBC drama. Kinney has been on the show since it premiered in 2012, but his contract is up when the season ends.

There’s been no word yet about Kinney’s future on the series. His last contract renewal came in 2019 when he signed on for two more seasons. Rumors about Kinney’s possible exit swirled at that time, too. But, they proved to be false.

‘Chicago Fire’ has been renewed for three more seasons

In the spring of 2021, NBC announced that they had renewed Chicago Fire for three more seasons. That means that fans expect to watch their favorite firefighters in action through at least season 12.

Most likely, the news of Kinney’s contract status won’t be revealed until after the season finale airs. If it turns out he is actually saying goodbye to the NBC drama, they would want to keep that info a secret. Any talk of contracts could be a potential spoiler.

The final two episodes of season 9 of Chicago Fire air Wednesday, May 19 and 26 on NBC.